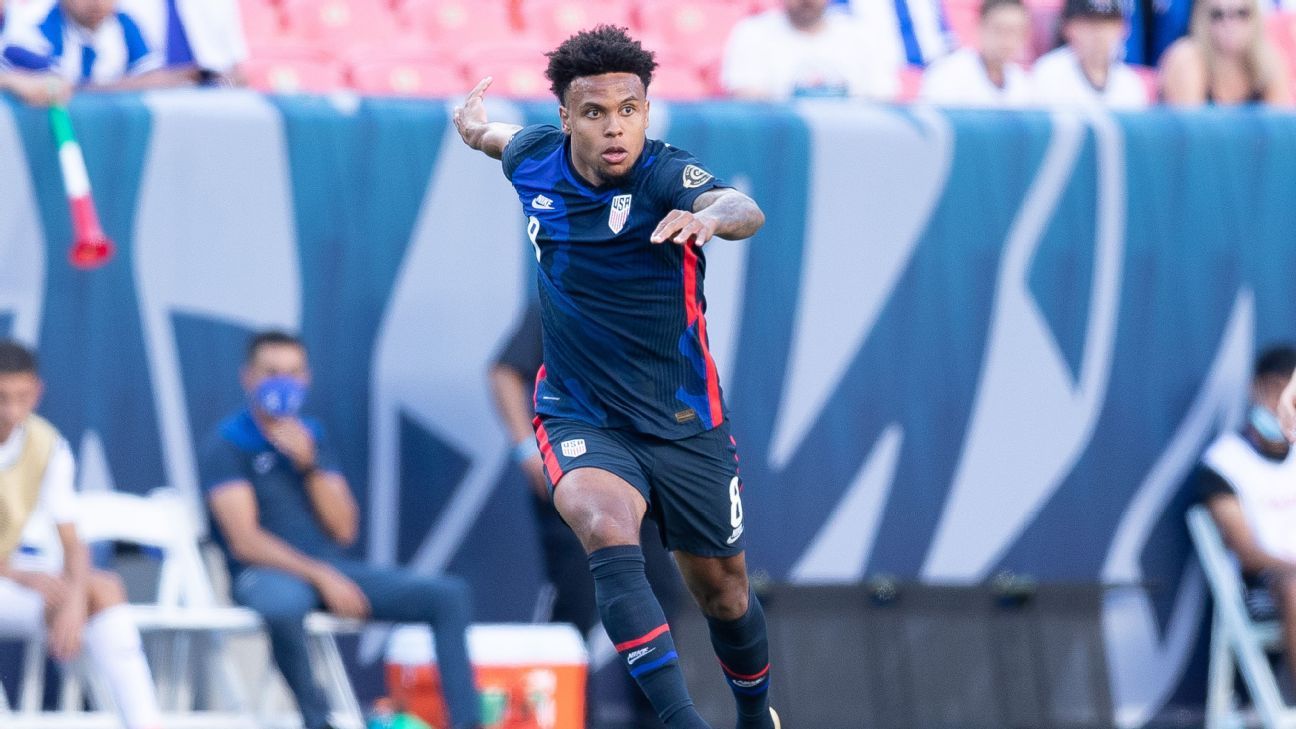 The news comes a month after McKennie was suspended and sent back to his club team, Juventus, after committing multiple violations of the national team’s COVID-19 protocols during the first qualifying window.

“He’s been focused come into this week and we’re not holding anything against him,” Berhalter said. “Is he going to have to rebuild trust by a time period of showing that he’s the leader that we expect them to be? Of course. But there’s nothing held against him.”

The rest of the United States starting XI will not be made public until roughly 75 minutes prior to kickoff at Austin FC‘s Q2 Stadium on Thursday (7:30 p.m., ET, ESPN2).

Berhalter was asked specifically about who will start in goal, but did not tip his hand as to whether it will be the New England Revolution‘s Matt Turner, who has started the USMNT’s last nine matches, or Manchester City backup Zack Steffen. Turner has allowed just three goals in a U.S. shirt.

“They’ve all done extremely well this season when they played and they’re a big part of what we’re doing,” said Berhalter, who also called New York City FC‘s Sean Johnson into camp. “It’s gonna be a difficult choice but we’re confident and comfortable that we’ll make the right one.”

The availably of Valencia midfielder Yunus Musah remained a question mark early Wednesday afternoon. He trained off to the side as a precaution Wednesday morning after a test for COVID-19 was inconclusive, after training with the full group on Tuesday. His status will be determined based on the results of an additional PCR test, which is generally considered definitive.

“We want to get him on the field and see what he can do,” Berhalter said. “We know he’s got a ton of talent.”

Berhalter said all but one player is fully vaccinated for the coronavirus, with that unnamed player having received one of his two necessary shots.

It remains unclear if Fulham’s Antonee Robinson or Steffen will make the trip for the team’s game at Panama on Sunday due to potential quarantine restrictions upon their returns to their clubs in England. As of Oct. 4, anyone who has visited Panama — or a number of other red-list countries, deemed high risk for COVID-19 — in the 10 days before entering the United Kingdom must quarantine for an additional 10 days in a managed quarantine hotel.

“We don’t think it makes sense to travel Zack or Antonee to go there if they had the quarantine for 10 days on the back end,” Berhalter said. “So this situation is fluid. It’s changing by the day and as we get more more information, we’ll make that known.”

With Christian Pulisic, John Brooks and Giovanni Reyna unavailable due to injury, a number of players are expected to see increased roles. This potentially includes 21-year-old center back Chris Richards, who has been playing regularly at 1899 Hoffenheim in the German Bundesliga, where he is on loan from Bayern Munich.

Richards is comfortable playing in either center back position and is an option to start next to Atlanta United FC‘s Miles Robinson, who has seemingly cemented a place at right center back after a standout Gold Cup and strong play during the first qualifying window. Richards and Robinson had not met prior to their arrival in Austin.

“I think as professionals, you have to adapt to players that you play with, players that you play against,” Robinson said. “So I think I’m constantly adapting and it’s just a matter of getting to learn what players like to do, offensively defensively, things like this and just go out there and fight for each other.”

With each of the eight CONCACAF teams having played three games, the United States sits tied with Canada and Panama with five points. Jamaica picked up just one point in September with a 1-1 draw against Costa Rica and dropped its other two games against Mexico (2-1) and Panama (3-0).