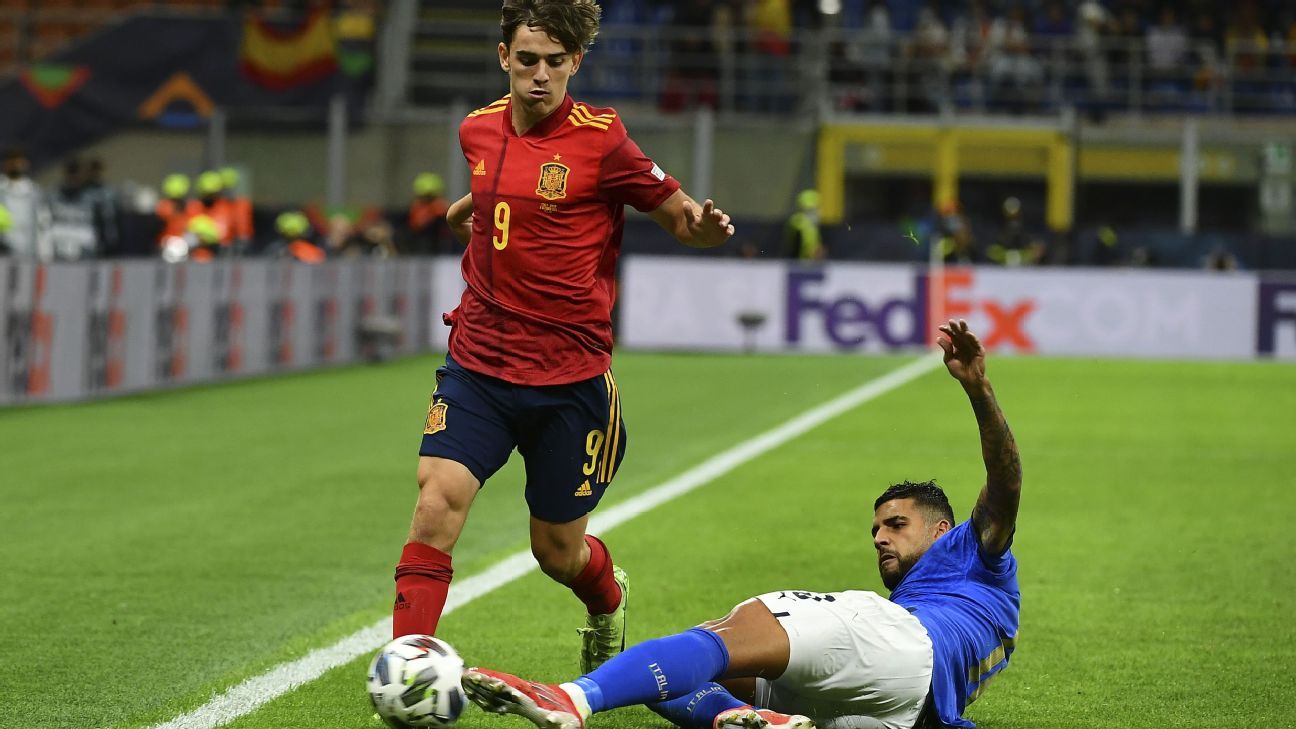 Luis Enrique said Gavi‘s impressive Spain debut in Wednesday’s UEFA Nations League semifinal win over Italy was “not normal” as the Barcelona midfielder became the youngest player to ever represent the country.

At 17 years and 62 days old, Gavi was the surprise inclusion in the Spain side as they beat the European champions 2-1 to end their 37-game unbeaten run and set up a final against either France or Belgium on Sunday.

Gavi broke a record that had previously stood since 1936, when Athletic Bilbao‘s Angel Zubieta made his debut for Spain at the age of 17 years and 284 days.

“It was his first game with Spain, but we already knew all about him,” Luis Enrique, who has tracked Gavi’s development through Barca’s youth teams, said before tipping him to earn over 100 caps for the national team.

“It’s not normal that he plays like that [at 17]. He’s a player with personality, enviable physical conditions and he plays our style of football. He plays like he’s at school or in his garden at home.

“It’s a pleasure to have a player with that quality and character with us. We can say that he’s the national team’s present, not [just] the future.”

Gavi, whose full name is Pablo Martin Paez Gavira, only made his debut for Barca earlier this season as a substitute in the win over Getafe at the end of August.

He has since started three times, against Levante, Benfica and Atletico Madrid, but has never completed 90 minutes for Ronald Koeman’s side.

The 85 minutes he played against Italy on Wednesday was the most he has ever played in senior football after being fast-tracked from Barca’s under-19 team, who he played for last season, to the first team.

He has only played three times for the club’s B team in the third tier of Spanish football, twice last season and once this term.

The teenager is from close to Seville in the south of Spain, where he was plucked from Real Betis‘ academy at the age of 11 by Barca, and he had quickly progressed through the club’s youth setup.

He is one of three young Barca players in Spain setup. Ansu Fati and Pedri, both 18 years old, are already senior internationals, although neither is in the latest squad due to fitness issues.

Premier League final day: what is at stake and how could it all play out?
Tyler Adams, Leipzig win German Cup.
MLS Power Rankings: Is Austin for real?
Ancelotti ‘respects’ Mbappe despite Real rebuff
Madrid motived by Salah ‘disrespect’ – Valverde