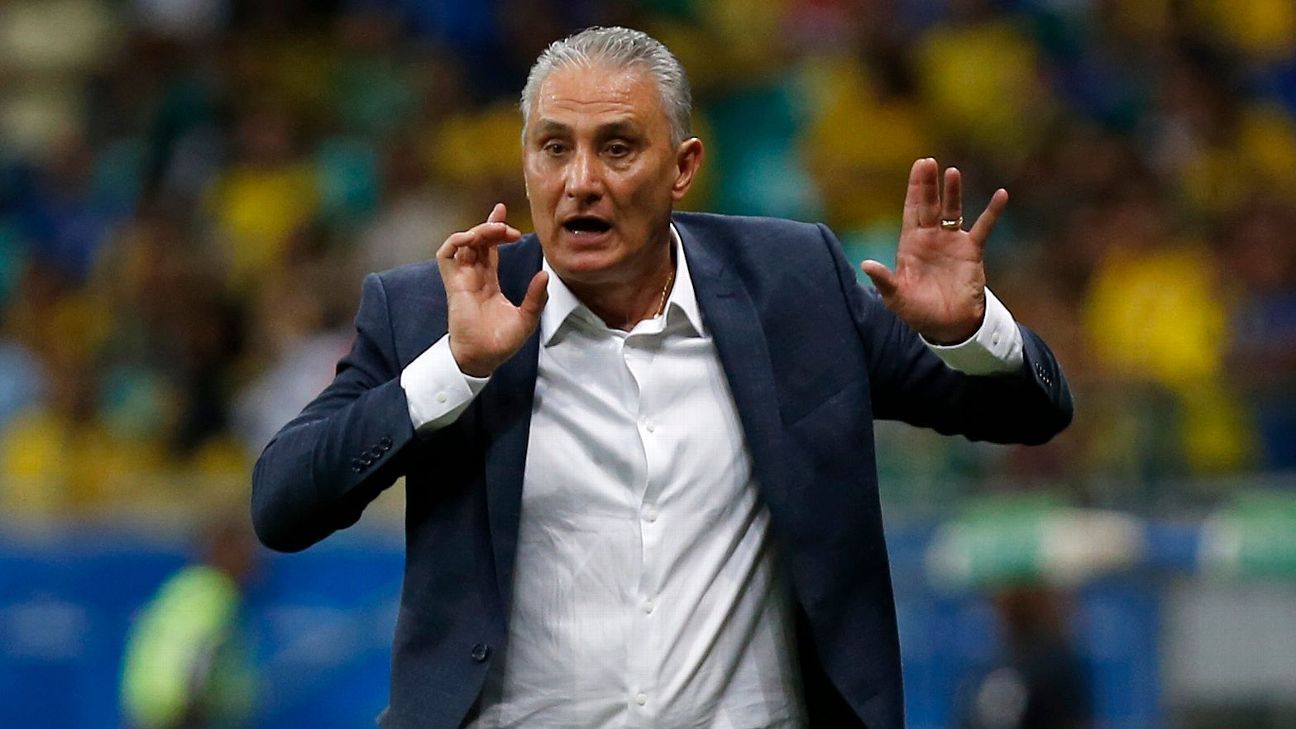 Brazil national team coach Tite said on Wednesday that there is deep-rooted systemic prejudice against Black managers in Brazil.

The Brazilian top flight currently has one Black coach, Marcao, of Fluminense, after he replaced Roger Machado at the post this past summer. In 2019, they were the only two Black coaches in the top flight.

Marcao, in an interview with Folha de S. Paulo last week, set off a public debate when he spoke about the lack of opportunities for Black coaches in Brazil. On Wednesday, Tite echoed Marcao’s words.

“I will take a stand. I have fought and fought my entire life against my own ignorance. I tried to read, learn and study. And I keep trying. I fight against hypocrisy because we cannot pretend it does not exist. So I am answering even when it is uncomfortable. There is indeed a prejudice. And it is ingrained, deeply rooted, systemic, yes,” Tite said. ”What I can say is that I have huge respect for Roger Machado and he is perhaps, one of the greatest athletes I have worked with.

“The way he carries himself, his professional knowledge, for the good and bad moments, he is one of the professionals I have the most respect for. We must fight against prejudice, because it’s real against Black managers and, perhaps, we must amplify this battle to a bigger picture in social contexts.”

In 2019, as manager of Bahia, Roger Machado started a public debate about the struggles and disparities that Black people suffer in Brazil.

“We have to reflect and question ourselves. If there is no prejudice in Brazil, why do Black people have a lower level of education than white people? Why is it that 70% of people in jail are Black? Why are young Black people the ones who die the most in Brazil? Why do Black people receive lower salaries?” Machado said. “All of these are symptoms because the social structure is racist.”

Last week, Marcao told ‘Folha de S. Paulo’ that there are fewer opportunities for Black coaches in Brazil, mentioning two other Black managers who have not had a chance at the top level — Cristovao Borges and Jorge Luis Andrade.

Andrade was the last Black coach to win the Brazilian championship with Flamengo in 2009, but the 62-year-old has not coached any top-flight teams since then.

“Today I am happy to be representing Blacks (in Serie A), I feel proud to talk about it, but on the other hand, we need to think”, said Marcao.

“Where is Cristóvao [Borges]? Andrade, who was Brazilian champion and never had another opportunity? It makes no sense. In any other situation, he would be managing another team.

“Why does this happen? Because we are Black? Name one coach who was champion of any country [and has disappeared]. Where is [Andrade]?” Marcao said.

“Cristóvao Borges has not been a manager since 2020 when after seven games in charge of Atlético-GO, he was fired with four wins, two draws, and one loss — a 66% record. Before that, he had not coached since 2017.

“Andrade had only one opportunity to coach at an elite club in 2009, when he led Flamengo to the Brazilian League title and was considered the best coach that year, but was fired by the following year. After that, he only received opportunities in smaller clubs and without much success.

“These facts make it clear that there is a resistance [against Black managers], but my club is an example, it fights against this,” Marcao said.

Leader of the CONMEBOL World Cup qualifiers with a perfect record, Brazil takes on Venezuela on Thursday.

Brazil will be missing star playmaker Neymar, who will be serving a suspension due to accumulated yellow cards, and midfielder Casemiro, who has a tooth infection.

Venezuela has scored only four points in World Cup qualifying and will be missing several players because of injuries and requests from their clubs for them not to travel to South America due to COVID-19 protocols.

After the match against Venezuela, the Brazilian national team faces Colombia on Sunday and Uruguay next Thursday.