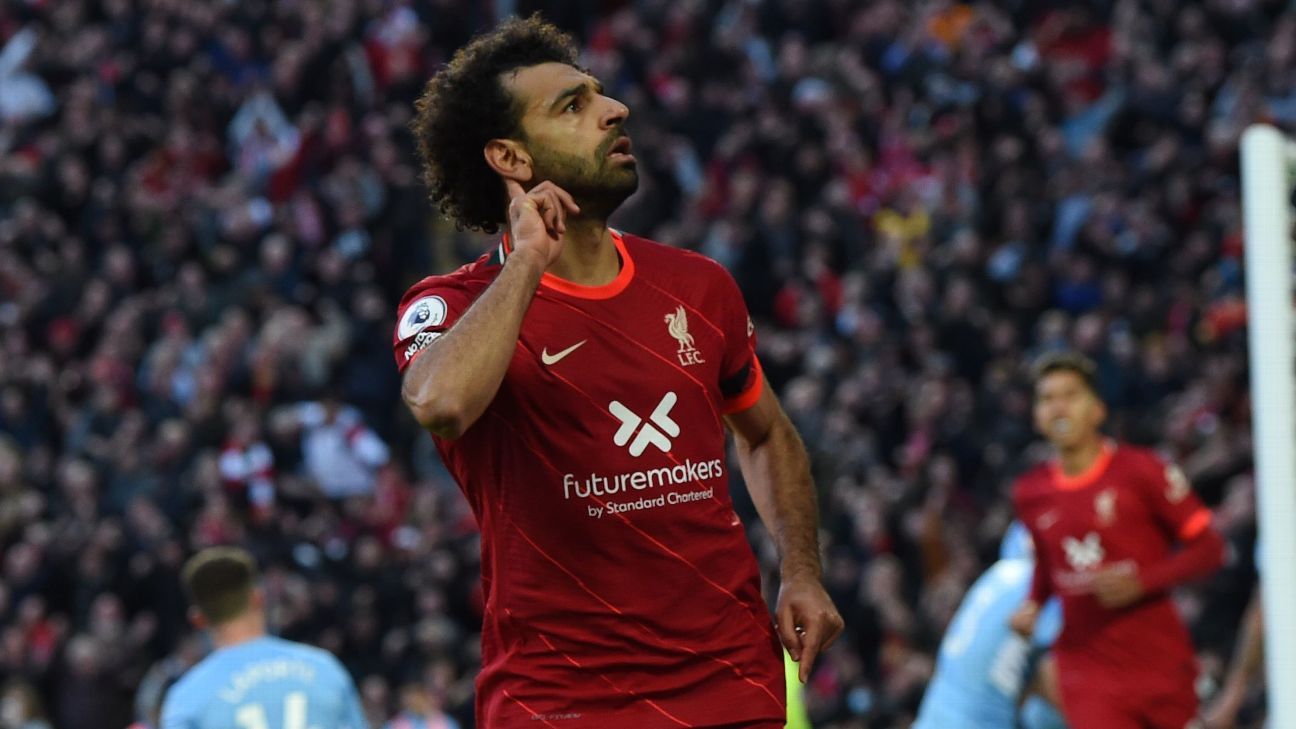 The summer transfer window was unlike any other; see all the major deals and check out how we graded the biggest signings. And just because the window is shut until January, that doesn’t mean the rumours won’t keep coming.- Here is the latest gossip and speculation.

Liverpool star Mohamed Salah is in talks over a new contract with the club, however journalist Fabrizio Romano has revealed Paris Saint-Germain were interested in the winger in the summer and may move again if they were to replace Kylian Mbappe.

On the Rio Ferdinand Presents Five Youtube channel, Romano provided an update on the 29-year-old’s current situation, stating: “Salah is still in negotiations with Liverpool. From what I’m told, he loves Liverpool, the fans, the city, everything.

“But there is no agreement yet for a new contract. We should keep an eye on some clubs this summer if players leave like Kylian Mbappé. But until next summer, Liverpool’s priority will be to extend Salah’s contract.”

The Egypt international is out of contract in 2023, with the Reds keen to tie down their key assets in order to avoid a similar situation to Georginio Wijnaldum, who switched Anfield for Parc de Princes on a free transfer.

The Parisians are dealing with a contract dispute of their own, as 22-year-old forward Mbappe’s deal run out in the summer. The France international was the subject of a few late bids from Real Madrid on transfer deadline day and with a contract not yet sorted, he could be on his way out of the club.

As a result of late interest from the LaLiga side, PSG had thought about Salah as a potential replacement, with Romano stating: “From what I am told, PSG were studying the possibility of recruiting Salah early in the summer, in June, if Mbappe was sold to Real Madrid.

“They were prepared to do something big, and they wanted to try it out with Salah.”

– Napoli have made the decision to extend the contract of captain Lorenzo Insigne after reported indecision over offering a new deal, according to Calciomercato. The 30-year-old is out of contract in the summer, having spent his whole career with the Serie A side. While there was uncertainty over a renewal, extra reserves are said to have been found to fund one.

– Despite reports of goalkeeper Andre Onana agreeing a move to Internazionale, Mundo Deportivo reports that Barcelona are also interested in the Cameroon international. The 25-year-old is out of contract in the summer and it has been made public that a new deal with Ajax will not be signed. Onana spent his youth playing at Barca academy La Masia and could well make a return to Spain.

– Juventus have set a valuation of €30 million for midfielder Weston McKennie as the club look to move the player on. According to Calciomercato, the USMNT midfielder is free to leave the Serie A club in January, with West Ham United and Tottenham Hotspur eyeing a potential move.

– Inter have opened talks over a new contract for midfielder Nicolo Barella, according to journalist Fabrizio Romano. The 24-year-old’s current deal lasts until 2024, so the San Siro outfit don’t view a new agreement as urgent, but they wish to reward the Italy international’s growing influence at the club.

– Leeds United are eyeing a move for Espanyol wonderkid Mateo Joseph, writes LaGrada. The youngster has refused to sign a new deal with the Spanish club with his current deal only lasting another year. Leeds are said to be closing in on an agreement of €1m to sign the forward, with Espanyol refusing to let him go if a club cannot meet that valuation.