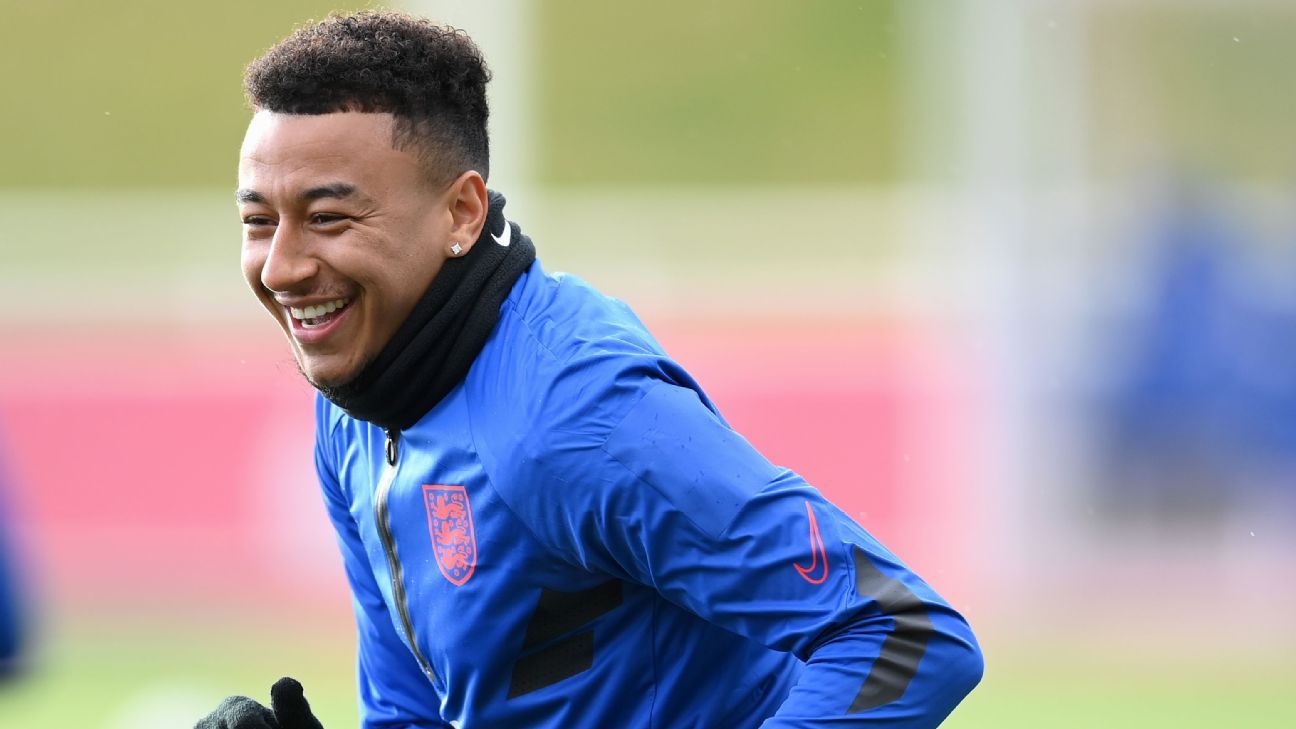 Midfielder Jesse Lingard has said he is “not doing any harm at the moment” to his England career by staying at Manchester United.

The 28-year-old turned down interest from several clubs last summer, including West Ham United, where he spent the second half of last season on loan, to stay and fight for his place at Old Trafford despite the arrivals of forward Cristiano Ronaldo and winger Jadon Sancho.

Yet Lingard has started just once for United this season — in last month’s Carabao Cup third round defeat to West Ham — and turned down a contract extension, according to ESPN sources, amid concerns of a lack of playing time as he enters the final year of his existing agreement.

England boss Gareth Southgate left Lingard out of his Euro 2020 squad, but the midfielder scored twice against Andorra last month after earning a recall following a series of bright cameos as an impact substitute for United, including scoring a late winner against West Ham on his Premier League return to London Stadium.

After keeping his place in Southgate’s group to face Andorra again and Hungary at Wembley, Lingard hinted he does not feel a move will be necessary to ensure he does not miss out on next year’s World Cup finals in Qatar.

“Obviously, the World Cup is a long way away but obviously from last year, you need regular football,” he said. “I was so close to going to the Euros so, and I think obviously it plays a huge part and it’s a big factor. You know if you’re playing over 20, 25 games, of course you know you’re knocking on the door so I think it does play a big part in that.”

Asked if he was satisfied he would get that opportunity at United, Lingard replied: “I think I’m not doing any harm at the moment.

“If I keep performing well and doing well you never know what might happen so I keep confident in myself and when I get time on the pitch I’ve got to carry on doing what I’m doing.”

Sancho’s £73 million signing from Borussia Dortmund offers a direct challenge to Lingard’s hopes of re-establishing himself, but he backed the newly-arrived 21-year-old to thrive after a slow start to life at the club.

“We all know Jadon is a world class player and one of the best young talents in the world at the moment,” Lingard added.

“At a big club like Manchester United it is always going to be pressure. But Jadon is a professional, has been around the game a long time and I feel like he’s slowly adapting now and you can see glimpses of that in the previous games that he’s played.

“We can see that in in training week in week out. There’s no doubt that he will succeed at United, I’ve got full confidence in that.”