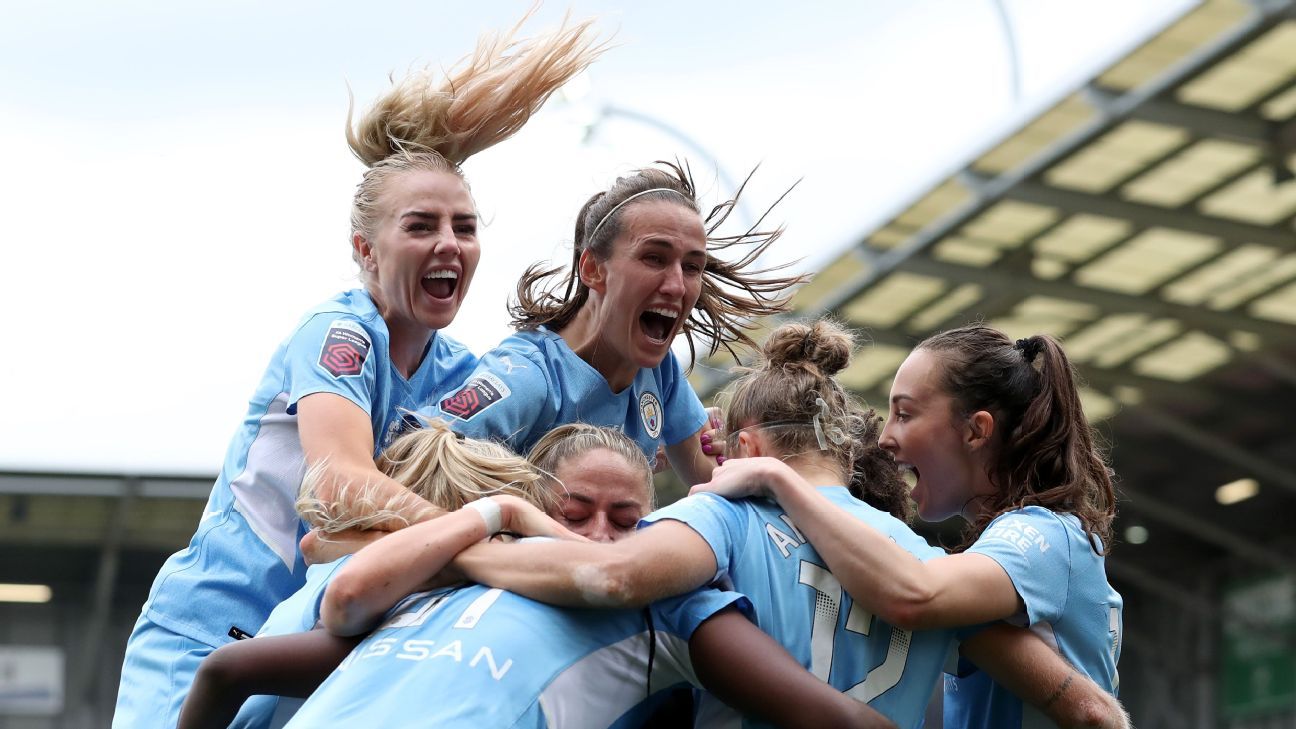 A 10-woman Manchester City mananged to hold on for a 2-2 draw against Manchester United at the Leigh Sports Village on Saturday.

City have never lost to United in the Women’s Super League but a sending off and a late rally by United with goals from Lucy Staniforth and Alessia Russo looked like their poor run of form was going to continue.

However, goals from Khadija Shaw and Ellen White ensured they left their rivals with a point.

“It was a roller-coaster of a game. When you are potentially staring at a 2-1 loss, reluctantly it is a fair point,” City manager Gareth Taylor said.

“The sending off is going to affect us. I was really close. I thought it was a yellow card. I’m hearing it was a little high. I need to see it again.

“I thought we showed great character, determination and spirit. I thought the girls did amazing in that respect.”

City were reduced to 10 players on 35 minutes after Georgia Stanway landed a high tackle on Leah Galton’s upper thigh, leaving little uncertainty for the referee in sending her off.

The depleted side bounced straight back from the sending off, though, with a goal three minutes later. Shaw headed in a cross from Demi Stokes to give City the lead.

Taylor replaced goalscorer Shaw with Ballon d’Or nominee Ellen White on the hour mark in an effort to push City over the line.

Staniforth had other plans, though, and she equalled the sides on 72 minutes with a heel flick close to goal past Karima Taieb.

The goal gave Marc Skinner’s side the boost and Alessia Russo helped them take the lead on 75 minutes as her shot landed in the bottom corner of City’s net.

The ever-reliant White was there, however, to bring City level again on 78 minutes when Mary Earps brilliantly defended a shot but only as far as the England international who made no mistake with her finish.

MLS Cup playoffs: Who can clinch, who has work and what’s at stake in Week 33
Can Barca overcome injury crisis ahead of UCL and Clasico?
USMNT’s Reyna substituted due to muscle tightness
Liverpool, Man United, Real Madrid? Which club suits Bellingham?
USMNT’s Pepi scores in 2nd straight game