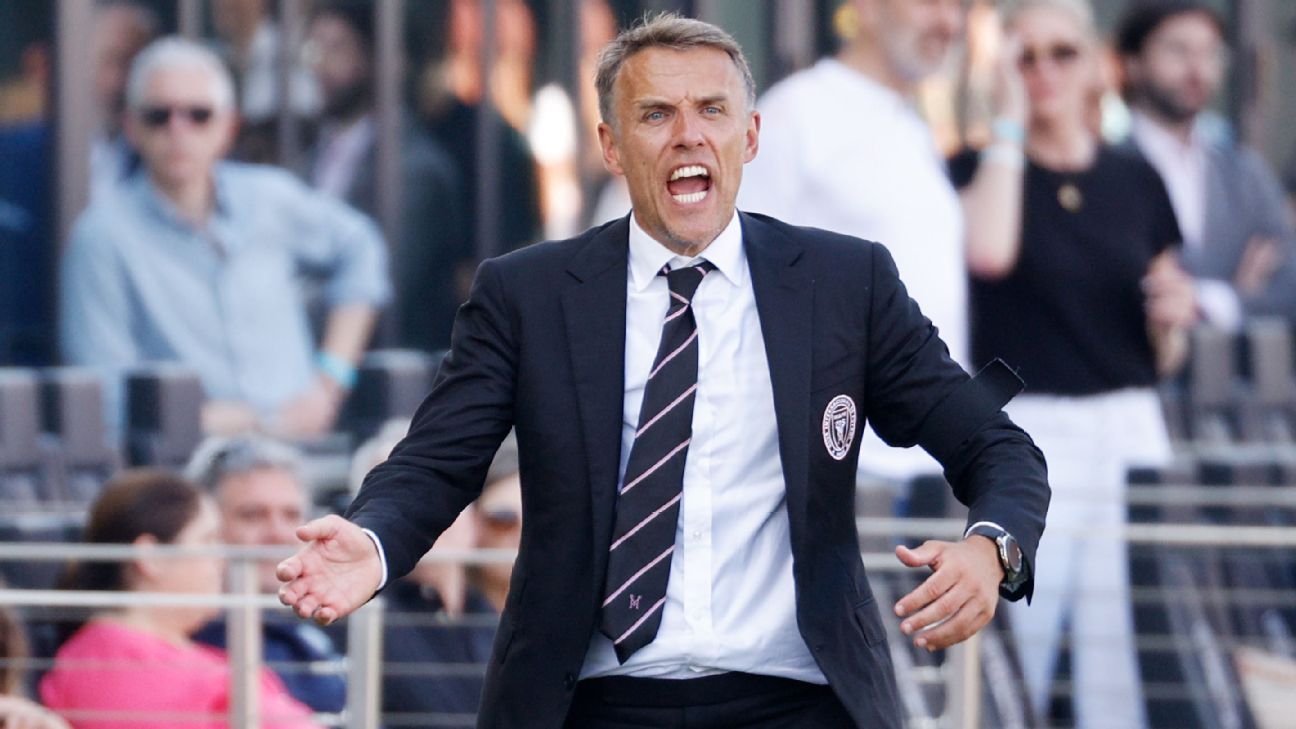 Major League Soccer has fined Inter Miami CF coach Phil Neville for his comments toward the league’s officiating after an Oct. 9 loss to the New York Red Bulls.

MLS did not disclose the amount the ex-Manchester United and England star was docked for, but said his comments were in violation of the league’s public criticism policy.

Speaking in his news conference after that match, Neville said the officials played a part in his side’s losing streak and asked for a “massive investigation” into how his side is treated.

“I don’t want to sound like a broken record but something is fundamentally wrong with the way referees treat Inter Miami,” he said.

He added: “There has to be a massive investigation into the decisions given against Inter Miami. We want this to be the best league in the world, but we’ve got decisions like that.”

The result leaves Miami eight points behind the final playoff spot and continues its poor record of 14 defeats in MLS this season.

“We’ve had our integrity questioned this year,” Neville added. “We got stones thrown at us and had to take a lot of absolute s— from a lot of people and had to accept it.

“I can’t accept this, I’ve got to defend my club against something unjust and wrong. I feel we’re being cheated.”

Earlier this season, the beleaguered side co-owned by David Beckham was handed a $2 million fine — the stiffest in MLS history — over violations of the league’s salary budget and roster regulations.