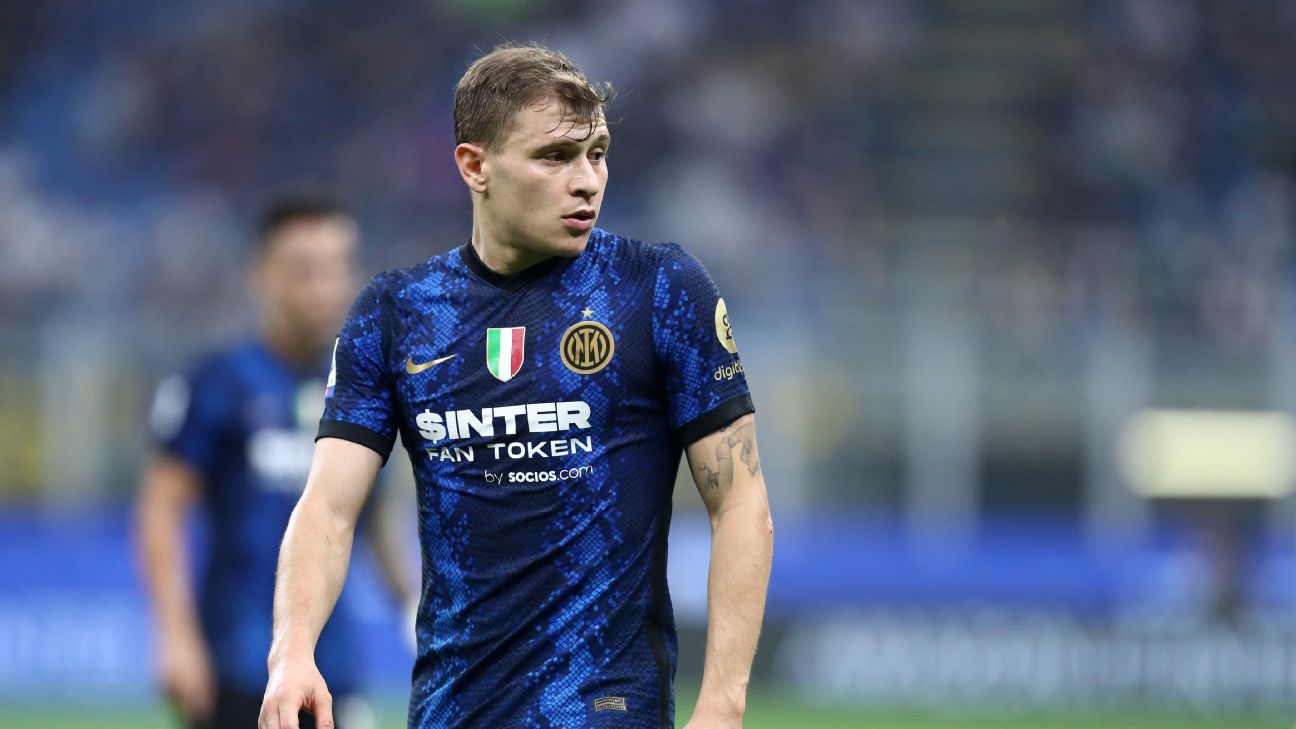 Inter Milan could face a fight to keep hold of midfielder Nicolo Barella, with the player’s representatives struggling to find a middle ground on wage demands in a new deal, as revealed by Corriere dello Sport.

It is reported that the player wants a salary of €6 million a year, but so far has only received an offer worth €4m annually. The struggle to make any progress on a new deal has alerted clubs across Europe, with both Atletico Madrid and Paris Saint-Germain keen on the transfer of the Italy international.

The 24-year-old’s existing contract keeps him at the San Siro until 2024, but the Serie A club could be prepared to part with the player if it means maximising the transfer fee for one of the standout performers at Euro 2020.

– Newcastle United’s planned spending spree has found new ground with the club looking to benefit from the situation of a number of players in LaLiga. Pedro Almeida reveals that the club are monitoring Ousmane Dembele, Isco and Jules Kounde, with all players recently linked with exits from their respective clubs.

– Manchester United are considering a move for Aurelien Tchouameni, with the Express revealing that the Premier League side see him as an ideal partner for Paul Pogba. The AS Monaco midfielder has seen Europe’s top clubs form a queue for his signature, with Monday’s blog revealing Real Madrid’s growing interest in the 21-year-old who had already caught the eye of Chelsea and Juventus.

– Gianluca Di Marzio writes that AC Milan are moving for goalkeeper Antonio Mirante. With current No. 1 Mike Maignan facing some time on the sidelines from a wrist injury, the Rossoneri will sign free agent Mirante. The 38-year-old spent last season with AS Roma, making 13 appearances in Serie A.

– Paris Saint-Germain could join the race for Fiorentina’s Dusan Vlahovic, writes Le10 Sport. It is reported that PSG sporting director Leonardo sees the Serie A front man as a potential replacement should Kylian Mbappe leave Parc des Princes in the summer. The Ligue 1 club are the latest team to be interested in the Serbia international who continues to be linked with a move away from La Viola.

– Alessio Romagnoli wants to stay at AC Milan despite contract talks stalling, according to Tuttomercato. The Serie A club are looking to cut the player’s salary by up to 50%, which has seen agent Mino Raiola refuse to cooperate at the San Siro. The Italian defender is one of the Rossoneri‘s highest earners, taking home around €6m a year, including bonuses.

PSG women’s coach suspended over allegations
The renaissance of Djordje Mihailovic
Laporta: Messi, Neymar can return if for free
Inside Story: Why, and when, Mbappe chose PSG over Real Madrid
Sources: Spurs eye Inter star Perisic for free