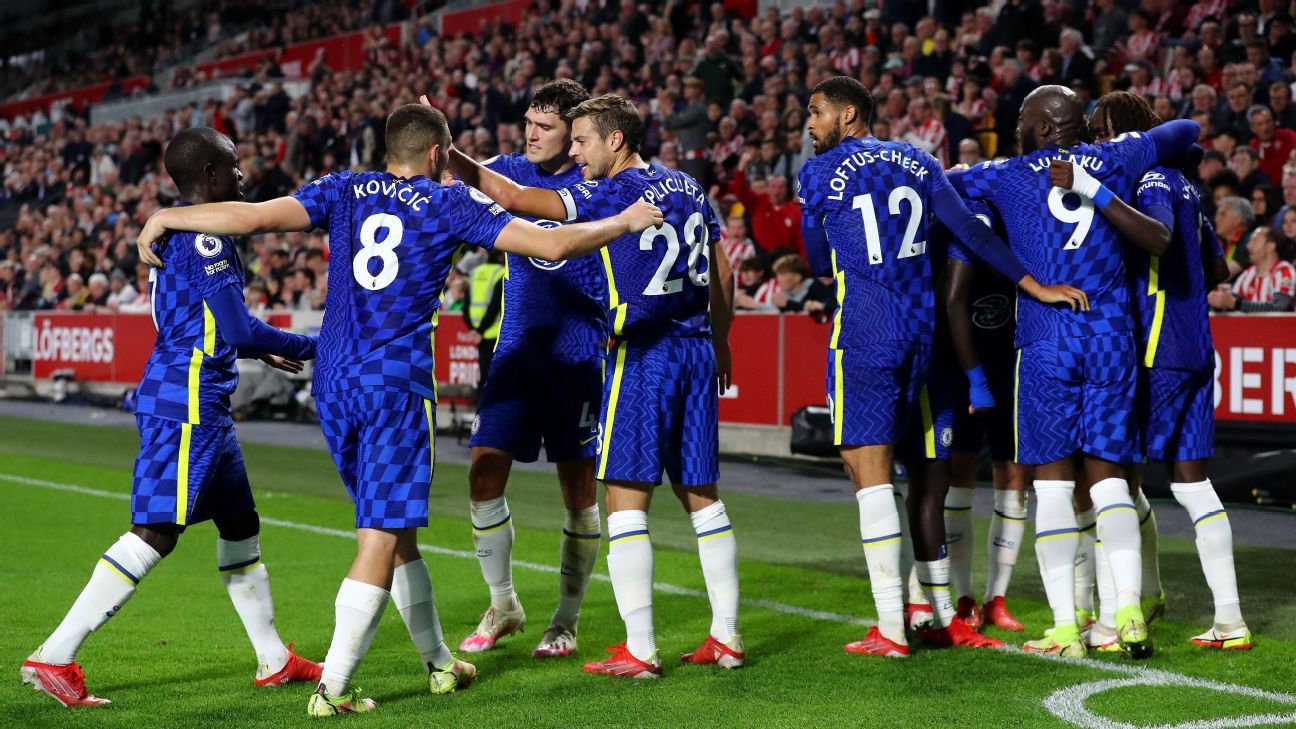 Chelsea returned to the top of the Premier League after a nervy 1-0 victory at Brentford on Saturday.

Ben Chilwell‘s stunning first half strike turned out to be the winning goal as Thomas Tuchel’s side survived a late rally from the newly-promoted side.

Chelsea needed Edouard Mendy to produce a number of important saves in the second half to come away with the three points.

Chelsea are now a point ahead of second-placed Liverpool while Brentford stay in seventh position.

After a slow start, the game came to life after 23 minutes when Brentford came close to taking the lead but Bryan Mbeumo‘s close-range strike hit the post.

Following the chance, Chelsea went up the other end and Romelu Lukaku put the ball in the back of the net but it was ruled out for offside.

Timo Werner should have opened the scoring after 37 minutes but fired his shot over the bar from inside the box.

The visitors did take the lead on the stroke of half time when the ball bounced to Chilwell who struck a stunning half volley into the top corner.

After the break, Brentford enjoyed the better chances with Ivan Toney forcing a good save from goalkeeper Mendy while Mbeumo struck the post for the second time.

In the final 10 minutes of the game, Mendy produced two fine stops to deny Saman Ghoddos and Pontus Jansson.

Mendy pulled off another stunning fingertip save from Christian Norgaard‘s volley in stoppage time as Chelsea claimed a vital victory.