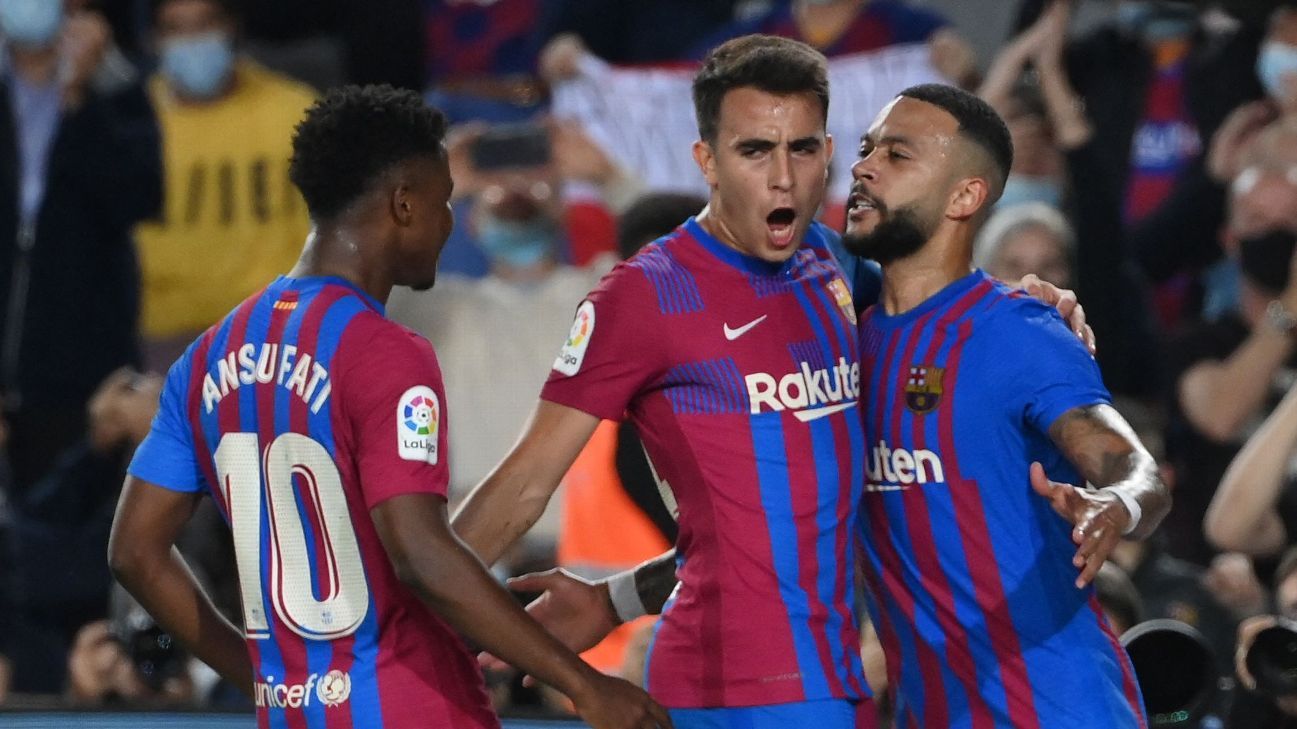 Barcelona overcame an early deficit to earn a 3-1 comeback win over Valencia on Sunday at the Camp Nou, leapfrogging their guests in the LaLiga table.

Goals from Ansu Fati, Memphis Depay and Philippe Coutinho ensured that the Blaugrana tasted victory for just the second time in seven contests, temporarily easing the building pressure on out-of-favour manager Ronald Koeman. Meanwhile, after a hot start that saw them win three of their first four, Valencia are now winless in five and have sunk to ninth in the table.

Jose Gaya opened the scoring for the visitors in the fifth minute. A cleared corner fell to the left foot of the 26-year-old at the top of the box, who volleyed a fierce effort that was always corkscrewing away from the outstretched Marc-Andre ter Stegen, who had no hope of saving the shot, and into the bottom corner.

The lead was short lived, though, with Ansu answering back in the 13th minute. A neat one-two with Depay at the top of the box left the 18-year-old free to curl a right-footed effort beyond former Barca No. 2 Jasper Cillessen and into the far corner.

Gaya’s early heroics would be overshadowed in the 39th minute, when the left-back conceded a controversial penalty. The Spain international was adjudged to have made contact with Ansu as he slid into the centre of the area in an effort to deny the unmarked Barca No. 10 a certain goal.

Depay would convert the spot kick with an authoritative finish into the top right corner that left Cillessen frozen in the centre of his goal line.

Valencia came within inches of levelling the score eight minutes into the second half, when Carlos Soler‘s strike from the edge of the area rang off the inside of the far post, caroming across the goalmouth and into the path of an offside Maxi Gomez charging in from the right wing. Four minutes later Ter Stegen would be called into action, making an impressive reflex save on Goncalo Guedes‘ rasping strike from distance.

The three points were secured for the hosts in the 85th minute, when Coutinho notched Barca’s third. United States international Sergino Dest made an industrious run into the box before crossing to an unmarked Coutinho, who turned and coolly slotted home the insurance goal.

The Camp Nou crowd were then treated to Sergio Aguero making his long-awaited competitive debut for Barca. Having missed the entirety of the season so far with a calf injury, Aguero replaced Dest in the 87th minute for the final three minutes of the contest.

Barcelona are next in action on Wednesday, when they host Dynamo Kiev in the Champions League, while Valencia will have six days to recover before welcoming Mallorca to the Mestalla on Saturday.