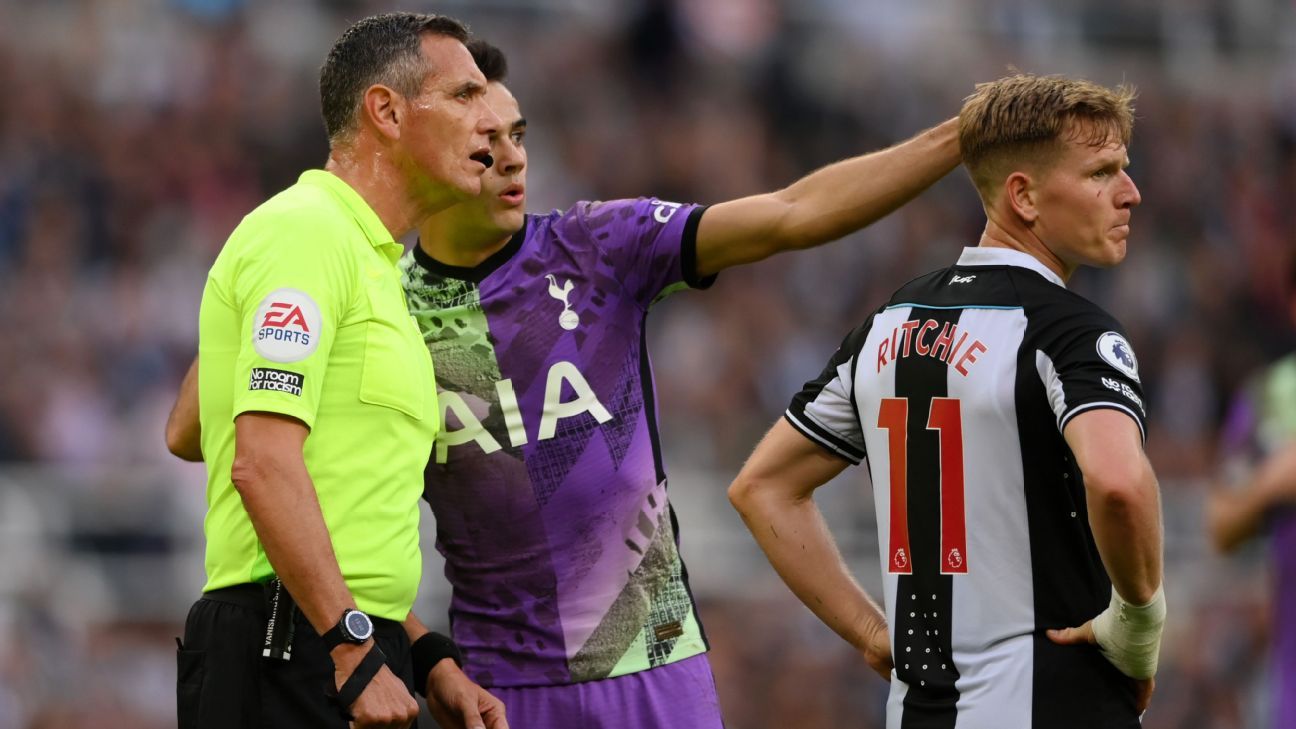 Newcastle United‘s Premier League game against Tottenham Hotspur at St James’ Park on Sunday was halted due to a medical emergency in the stadium which led to both sets of players being taken off the pitch before half-time.

Tottenham were due to take a 40th-minute corner before fans in the Gallowgate Stand behind the goal signalled for play to be stopped due to an incident in the adjoining East Stand.

Players from both sides, aware of fans waving their arms and shirts in the East Stand, informed referee Andre Marriner, who consulted stewards and assistants before calling for both teams to enter the dressing room early.

While the situation was developing, Tottenham defender Eric Dier ran to the side of the pitch and called for a defibrillator to be taken to the East Stand, where a supporter was receiving treatment from medical staff.

The supporter who was in need of urgent medical assistance has been stabilised and is on their way to hospital.

Our thoughts are with them. 🖤🤍

A member of the St James’ Park medical team then ran across the pitch with the defibrillator as a number of paramedics treated the supporter, who was eventually carried out of the stand on a stretcher for further treatment.

A statement on Newcastle’s official Twitter account read: “The supporter who was in need of urgent medical assistance has been stabilised and is on their way to hospital.

“Our thoughts are with them.”

An announcement was made to supporters to confirm that play would resume following a short warm-up and that the first half, with seven minutes stoppage time added, would be played to a conclusion.

Newcastle took a 1-0 lead inside the opening two minutes of the match through Callum Wilson before Spurs responded with three goals in the extended first half, through Tanguy Ndombele, Harry Kane and Son Heung-Min.

Mbappe soap opera is over for now but questions remain
Zlatan, 40, faces eight months out after surgery
Patrick Vieira appears to kick out at Everton fan
Sources: Pogba considering Juventus offer
Madrid warm up for UCL final with Betis stalemate