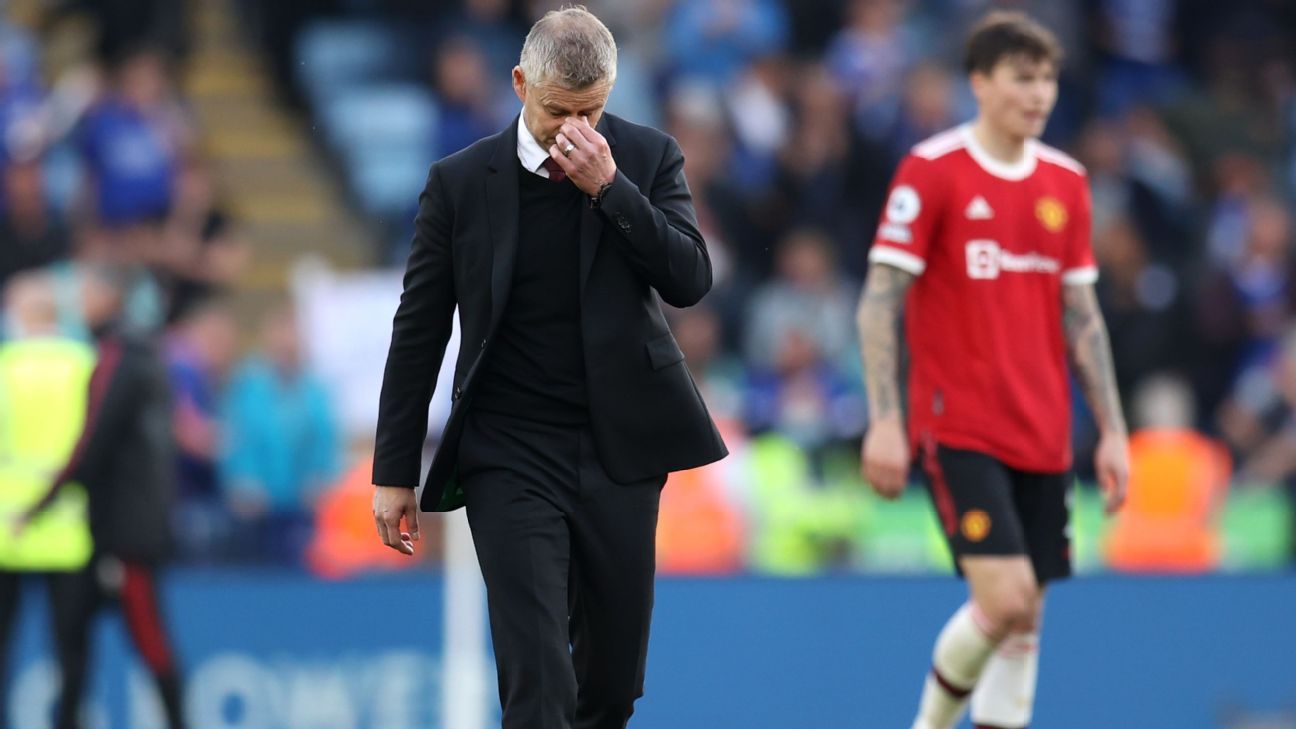 Manchester United manager Ole Gunnar Solskjaer has said he is feeling the pressure after a poor run of form but has backed himself to turn things around.

A 4-2 defeat to Leicester City on Saturday has turned up the heat on Solskjaer’s position, but the 48-year-old insists he can handle the scrutiny.

“We’ve progressed over the years since I was here — third then second — you can see the progress, development and improvement,” Solskjaer told a news conference on Tuesday. “This season we still want to improve.”

There have also been calls from some United fans for Solskjaer, who signed a new three-year contract in the summer, to be sacked, although sources have told ESPN that the club remain fully behind their man.

“It doesn’t affect me but you see some of the comments once in a while,” Solskjaer said.

“I didn’t know what they are saying now. We’ve got Liverpool on Sunday so Jamie is always looking at all these little things.

“I’ve got my values, I’ve got my way of managing and I believe in myself and as long as the club believes in me I’m pretty sure that Jamie Carragher’s opinion is not going to change that.”

Before taking any questions from the media, Solskjaer started his news conference by clarifying comments made about Marcus Rashford on Friday.

Solskjaer said the striker should “prioritise” his football now he’s back from injury and the United boss was keen to clear up what he said had been a misunderstanding.

“Let’s get the elephant out of the room straightway,” he said. “You know the headlines that came out of the chat I had before the Leicester game. Of course, we are so unbelievably proud of what Marcus has done on and off the pitch.

“I was saying about Marcus and how it must be nice for the boy to focus on going into training and not feeling his ankle or his shoulder or his back.

“Now he can just go and enjoy his football. Just so there are no more questions on that one or even ask Marcus about it. I just wanted to start with that one and get it out of the way.”