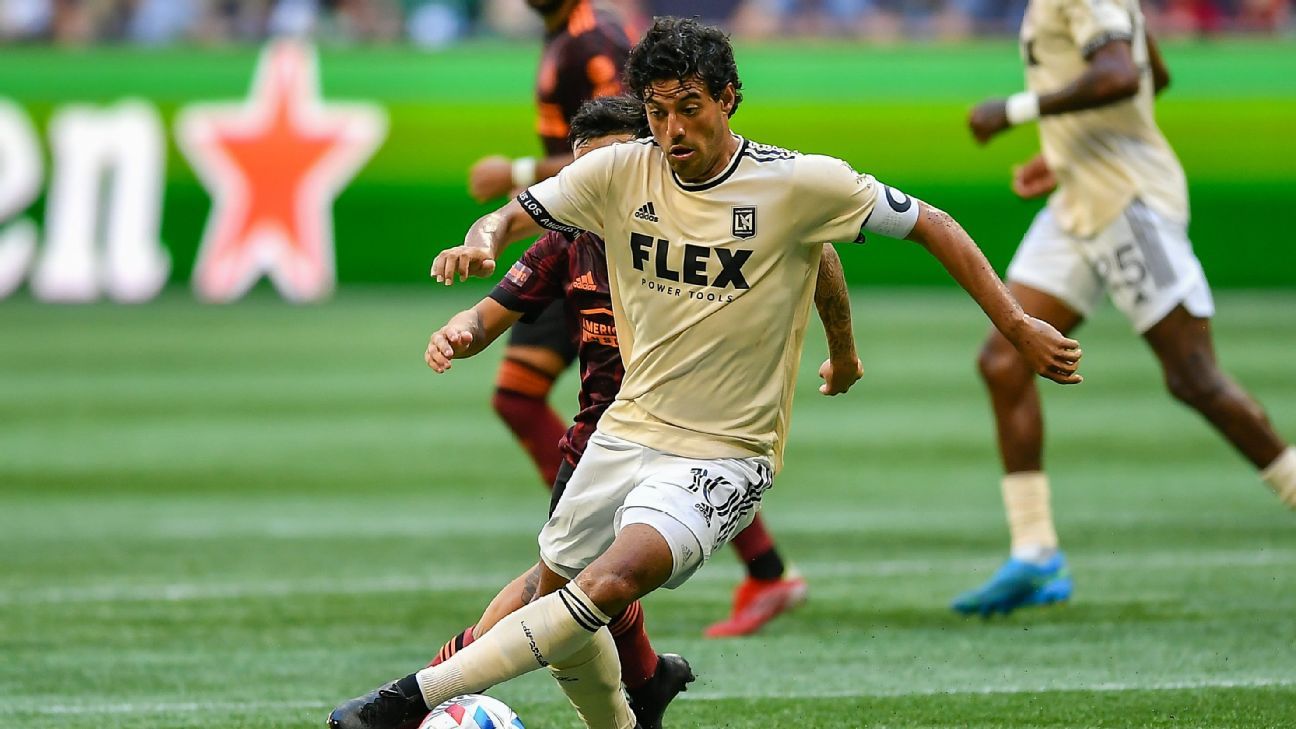 LAFC‘s Carlos Vela remained Major League Soccer’s highest paid player with a guaranteed compensation of $6.3 million, according to the latest round of salary data published by the MLS Players Association.

The median guaranteed compensation is $200,000, down slightly from the May mark of $210,000. But thanks to the new Collective Bargaining Agreement negotiated earlier this year, the latest mark is still up 11.4% from the September 2019 figure of $179,498.

In terms of team payroll based on guaranteed base compensation, there was some movement. The Galaxy moved up from fourth last May to take the top spot with a total guaranteed compensation of $20.32m. The top three were rounded out by Atlanta United ($20.06m) and Toronto FC ($19.27m).

Inter Miami, which had been highest back in May fell to fourth with a total guaranteed compensation of $17.55m. LAFC was fifth at $15.88m.

The Colorado Rapids, in third place in the Western Conference, had the lowest guaranteed compensation at $9.89m. This was followed by the New York Red Bulls ($9.98m), the Philadelphia Union ($10.57m), the Vancouver Whitecaps ($10.96m) and the San Jose Earthquakes ($11.04m).

The New England Revolution, runaway leaders for the Supporters Shield, had the 20th highest total guaranteed compensation at $11.68m. FC Cincinnati, set to finish in last place in the league-wide table for the third year running, had the 10th highest mark at $13.11m.

USMNT players on World Cup bubble aren’t stressing yet ahead of Qatar 2022
Big questions before USMNT’s pre-World Cup friendlies: Can Pepi nail down spot? Is Turner too rusty?
Martinez unconcerned with Hazard’s lack of minutes
Reyna won’t dwell on injury-hit 2021-22. He’s too focused on the World Cup
Iran protesters ejected from friendly in Austria