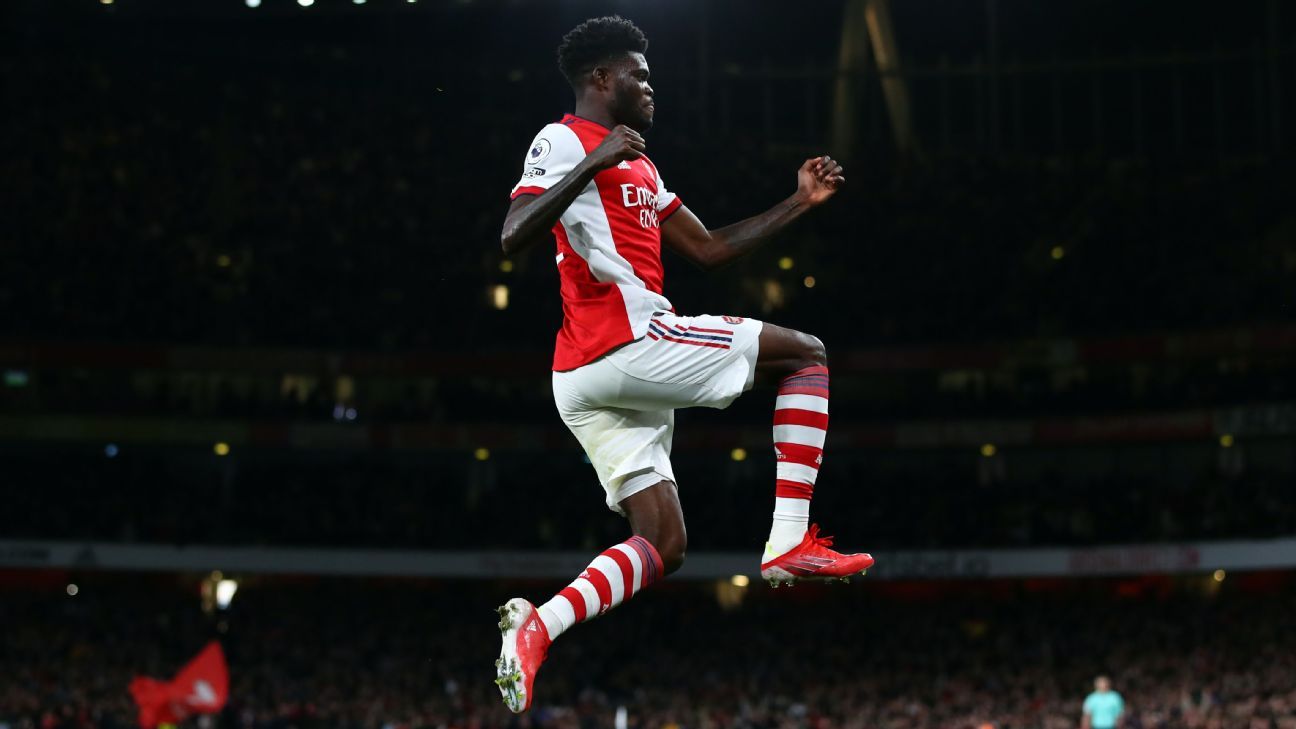 Arsenal made short work of Aston Villa with a 3-1 Premier League win at the Emirates on Friday night.

Thomas Partey opened the scoring for Arsenal in the 23rd minute following a corner kick, the ball glancing off his shoulder from close range after Emile Smith Rowe’s whipped in kick set him up for the goal.

Bukayo Saka should have made it 2-0 when he was put in on goal but his first-time shot was straight at Emiliano Martinez who kept it out with his legs.

Arsenal earned a deserved second in stoppage time when Pierre-Emerick Aubameyang put back his own rebound after Emiliano Martinez denied an initial spot kick following a Matt Targett foul in the area.

Referee Craig Pawson gave the penalty following a VAR review in added time after Villa defender Targett went through the back of Alexandre Lacazette’s legs.

Aubameyang’s clever flick sprang Smith Rowe for Arsenal’s third, the England international making the most of a chance on the counter-attack with his shot beating Martinez thanks in part to a deflection off the boot of Villa’s Tyrone Mings.

Aston Villa pulled one back just after 80 minutes as Jacob Ramsey curled home a beauty from 18 yards out when the ball fell to him at the top of the penalty area, but a true comeback was already out of reach and Mikel Arteta’s side saw out the match to earn all three points.

The result lifted Arsenal up to ninth place in the table, having secured 14 points from nine games thus far this campaign, while Villa are stuck in 13th on 10 points.

MLS Power Rankings: Is Austin for real?
Patrick Vieira appears to kick out at Everton fan
Mbappe: Real snub based on project, not money
Premier League final day: what is at stake and how could it all play out?
Premier League’s greatest finales: ‘Agueroooo,’ Fergie’s 10-goal salute, Lasagne-gate