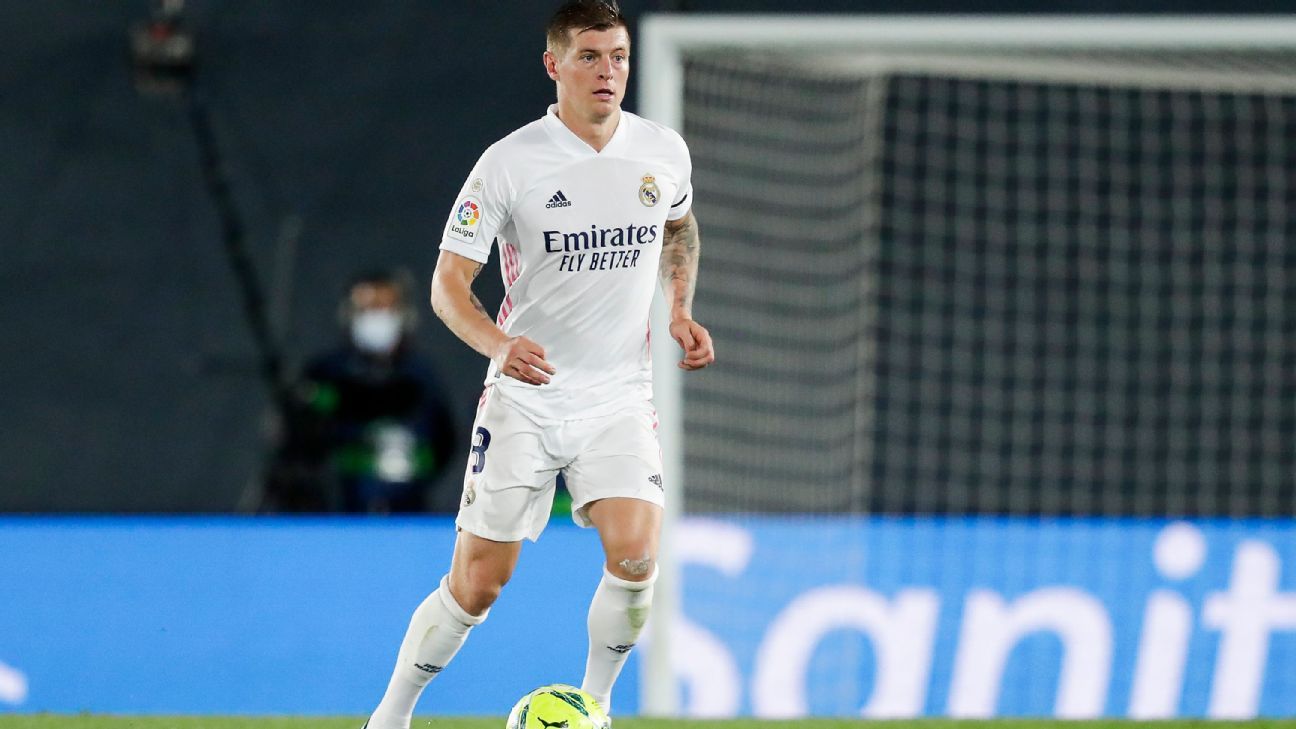 Toni Kroos could be set for a switch from Real Madrid to the Premier League, with reports that he has been asked to join Manchester City by Pep Guardiola.

El Nacional writes that the City manager will do everything possible to acquire Kroos, with the 31-year-old midfielder set to give his answer to the request on Jan. 1.

And with the World Cup set to take place in 2022, he is keen to move for first-team football to ensure a place in the Germany side, having made just one appearance in LaLiga ahead of Sunday’s Clasico against Barcelona (stream live on ESPN+ at 10:15 a.m. ET).

Kroos previously played with Guardiola during his time at Bayern Munich, where the pair won the Bundesliga league and cup double back in 2014 campaign.

– A new manager has been advanced up the shortlist at St. James’ Park with Ajax’s Erik ten Hag reported to be in Newcastle United‘s sights. That’s according to The Express, whose front page reveals that there is the potential of a double swoop involving Marc Overmars, who would join as the director of football.

– Internazionale could look to acquire Luis Alberto with manager Simone Inzaghi losing patience with Hakan Calhanoglu, according to Calciomercato. Inzaghi managed the 29-year-old midfielder during his spell at Lazio, and with Alberto having struggled to impress new manager Maurizio Sarri, the Nerazzurri could make an approach in the January window.

– Real Betis are keen on a move for Jeremie Boga, reveals Rudy Galetti. The 24-year-old attacker is set to be out of contract next summer, and with the LaLiga club looking to move on Cristian Tello, they will make a move for Boga if he does not renew his current deal with Sassuolo.

– Nicolo Schira writes that a number of European clubs have already enquired to FC Porto regarding Luis Diaz. Bayern Munich, Real Madrid, Chelsea, and Newcastle have all made contact for the 24-year-old winger who has enjoyed impressive form this season. He has contributed to seven goals in nine games in the league and was a standout in Porto’s 1-0 win over AC Milan in the Champions League last Tuesday.

– Talks of a move to Paris Saint-Germain for Nico Barella are set to cool with the 24-year-old midfielder close to extending his contract at Inter. That’s according to Fabrizio Romano, who says that he will sign a five-year extension that includes an increased salary.