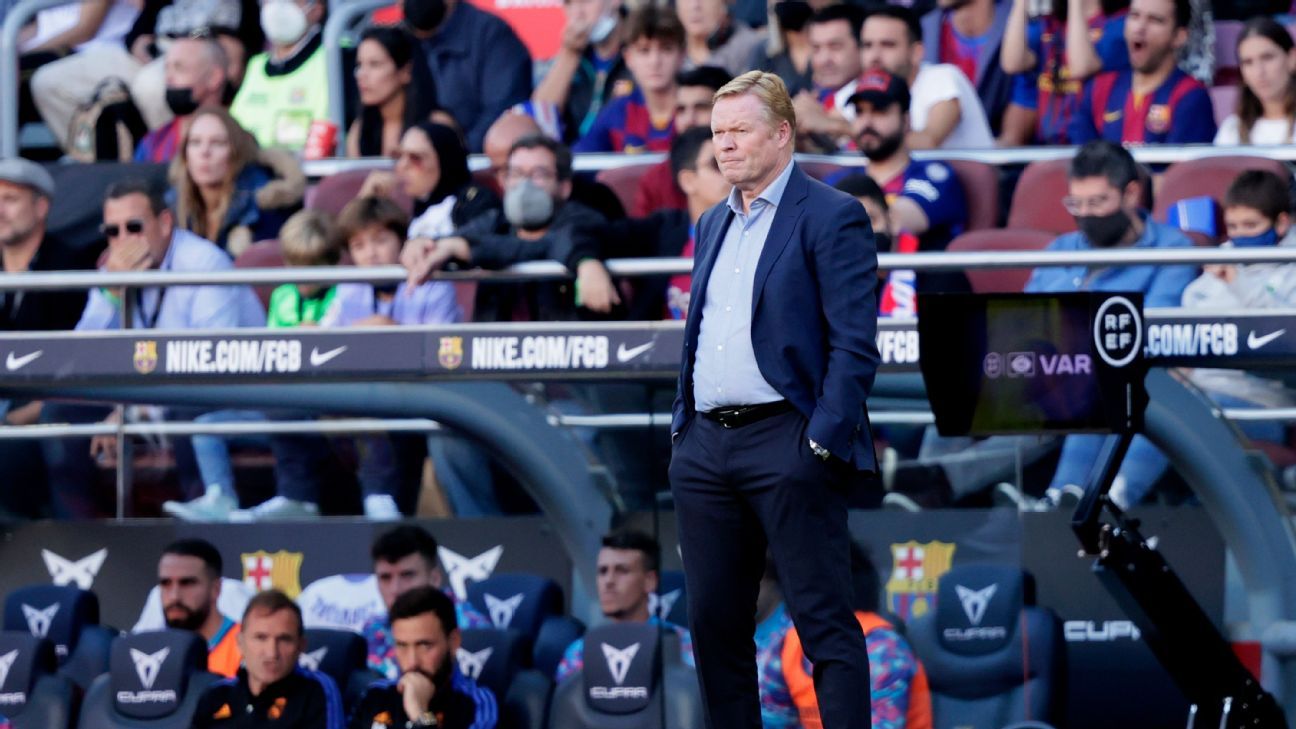 Barcelona have condemned the “violent and disdainful acts” faced by coach Ronald Koeman when he left the Camp Nou after a 2-1 El Clasico defeat to arch-rivals Real Madrid on Sunday.

After the game, when Koeman tried to leave the stadium in his car, a number of people surrounded and slapped the vehicle as the Barca coach edged forward until getting away.

The club released a statement on social media which read: “FC Barcelona publicly condemns the violent and disdainful acts that our manager experienced when leaving the Camp Nou.

“The club will take security and disciplinary measures so that such unfortunate events do not happen again.”

There were no crowd restrictions for the first time since the COVID-19 pandemic and the Camp Nou welcomed back 86,000 supporters for El Clasico.

However, Koeman became the first Barca manager to lose his first three El Clasico matches as goals from David Alaba and Lucas Vazquez sealed the win for Madrid.

Sergio Aguero‘s first goal for Barca proved to be a consolation as they sit ninth in the LaLiga table, with 15 points from nine matches, six points behind leaders Real Sociedad, who have played an additional game.

Koeman has come under scrutiny in the wake of the team’s mediocre results, leading to speculation over his future at the club.

Information from Associated Press and Reuters was included in this report.