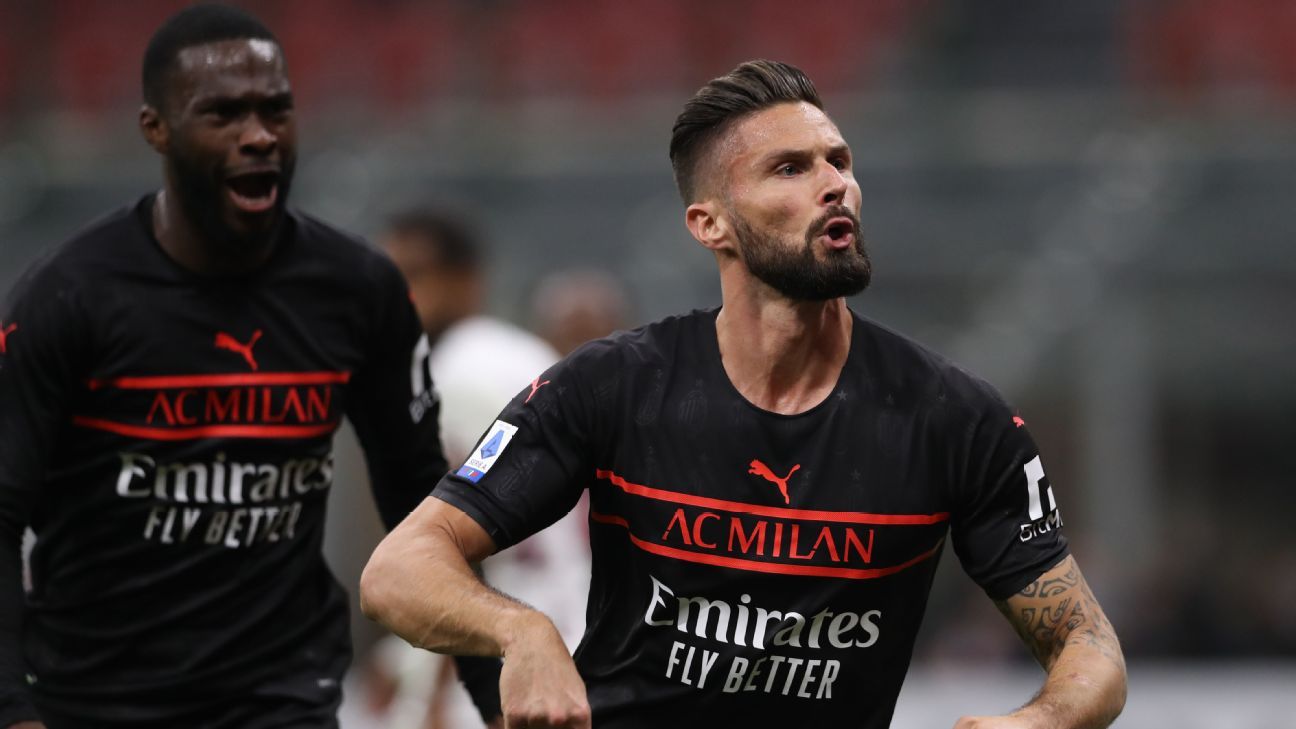 In an otherwise uneventful first half, Giroud, starting in place of another veteran Milan forward — Zlatan Ibrahimovic — tapped home his fourth Serie A goal of the season for what proved to be the winner in the 14th minute.

Torino’s Italy striker Andrea Belotti, making his first start for the club since August having recovered from injury, had the visitors’ best chance to level in the second half but missed his kick with the goal at his mercy.

Milan goalkeeper Ciprian Tatarusanu preserved his side’s lead late on with a fine save to deny Torino substitute Antonio Sanabria as the hosts opened up a three-point gap at the top of the table over Napoli, who host Bologna on Thursday.

“I think we played a good game,” Giroud told DAZN. “Torino are a strong team, they are aggressive in the tackle.

“I am very happy because we did well from the start and Torino didn’t really threaten many scoring opportunities. That means we’ve been very solid at the back and we take the three points, that’s the most important thing.

“We play every three days, that’s not easy on the body. Everything was not perfect.”

Before the match, coach Pioli had warned his side that they needed to start winning ugly if they were to make the next step and win the Scudetto this season.

And win ugly they did as, after Giroud’s goal from Rade Krunic’s flick, they did not create another meaningful chance.

That mattered little, however, as Milan have now won nine of the first 10 Serie A matches of a season for the first time since the 1954-55 campaign.

“We controlled the game,” Pioli told DAZN. “It’s difficult, it was the fourth game in 10 days.

“In the first half we didn’t risk much, then we weren’t as dynamic as we could have been. A difficult but well-deserved victory.”