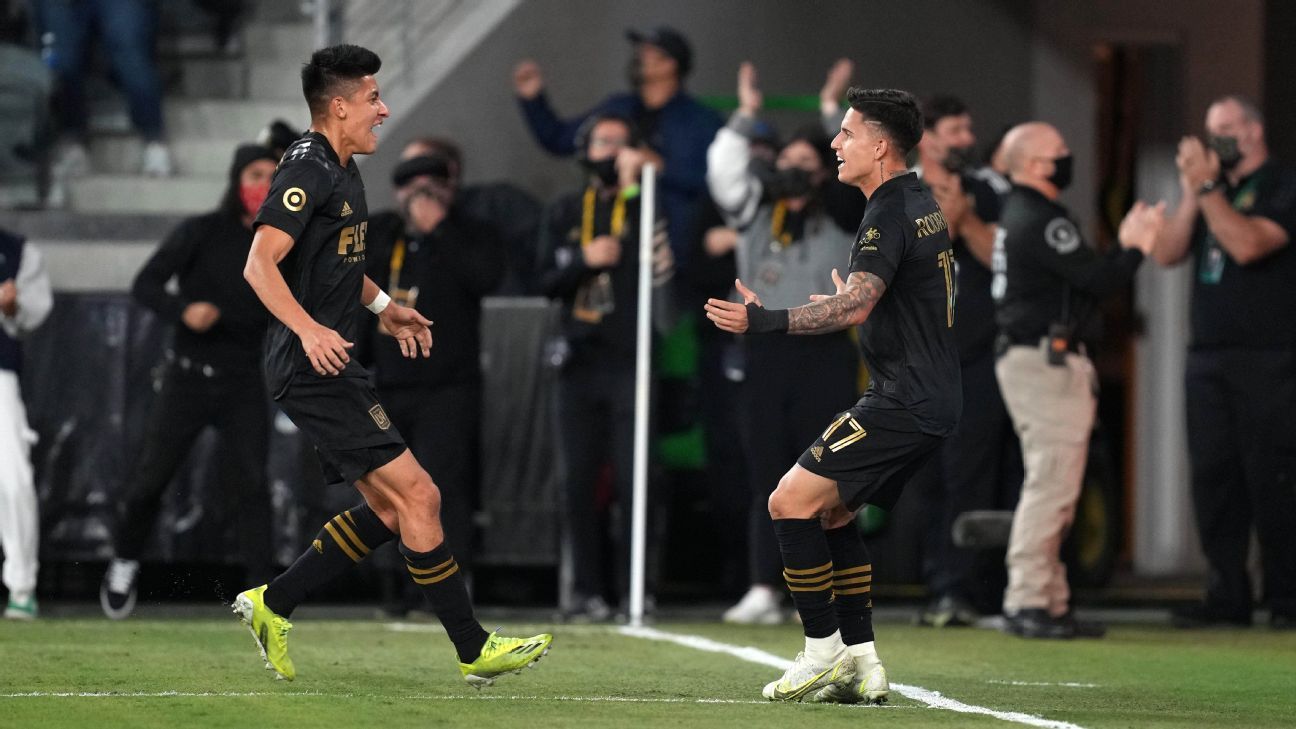 Brian Rodriguez and Latif Blessing each scored first-half goals Tuesday as LAFC used a fast start to help their playoff chances with a 3-0 victory over the visiting Seattle Sounders.

LAFC holds the seventh spot on a tie-breaker over the Vancouver Whitecaps, who also have 44 points. Vancouver has three games remaining, including one at LAFC next Tuesday, while ninth-place Real Salt Lake is two points behind both teams with four games remaining.

LAFC is trying to reach the playoffs for the fourth time in four MLS seasons.

The Sounders (17-8-7, 58 points) missed out on a chance to solidify their lead atop the conference standings and remained just three points ahead of second-place Sporting Kansas City. Seattle has two games remaining, while Sporting KC has four games remaining and plays host to the LA Galaxy on Wednesday.

Rodriguez got the scoring started in the 21st minute when he split the center of the Sounders defense while converting off a long pass from Raheem Edwards. It was Rodriguez’s third goal in 13 games.

Blessing made it 2-0 in first-half stoppage time, converting on a deflected centering pass for his second of the season.

Arango continued his hot run, adding a goal in the 51st minute, his seventh in the past four games and his 13th in 15 games since his debut with the club in August.

LAFC star forward Carlos Vela was activated for the first time since Aug. 21 and entered in the 78th minute. Vela missed the previous 11 games with a hamstring injury as the club went 4-4-3.