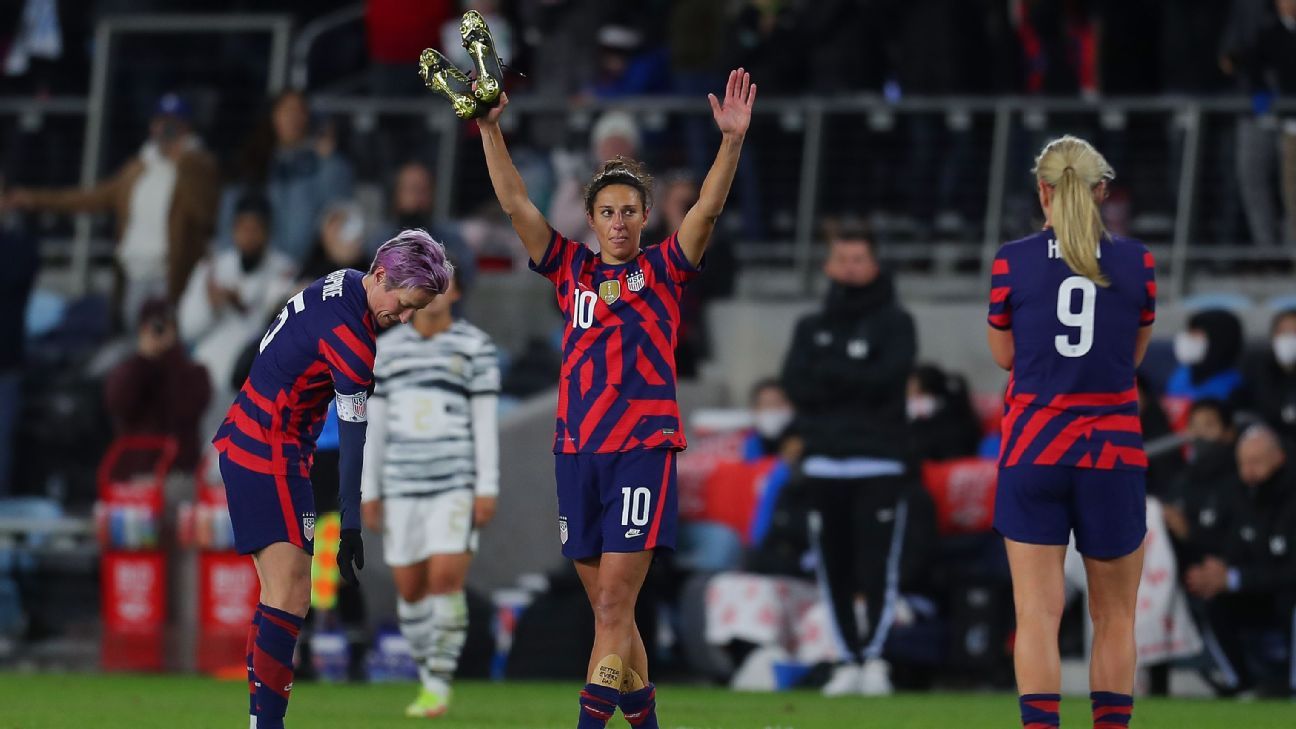 United States women’s national team legend Carli Lloyd signed off on her international career in emphatic style on Tuesday night with a 6-0 win over South Korea.

Lloyd, who memorably scored three goals in the opening 16 minutes of the U.S. victory in the 2015 Women’s World Cup final, is hanging up the boots after a decorated career that includes two World Cup titles and a pair of Olympic gold medals.

Lloyd, 39, ranks second in the world for most-ever international appearances after having played in 315 career games. She has scored 134 goals with the U.S., third most in the history of the women’s team.

She became the first American to score in four different Olympics, and her 10 total goals in the event set a new record among U.S. players.

Lloyd’s teammates made sure she went out in style after the U.S. and South Korea tied 0-0 on Thursday to end the Americans’ 22-game home winning streak. The victory Tuesday extended the home unbeaten streak to 62 (56 wins, six ties).

Lindsey Horan opened the scoring in the ninth minute with a deflected shot off a South Korean player. An own goal made it 2-0 in the 45th minute.

Lloyd left in the 66th minute to a standing ovation. She hugged her teammates, took off her shoes, gave the captain’s arm band to Megan Rapinoe and peeled off her No. 10 “Lloyd” jersey to reveal a No. 10 with “Hollins” for her husband Brian Hollins before exiting the field.