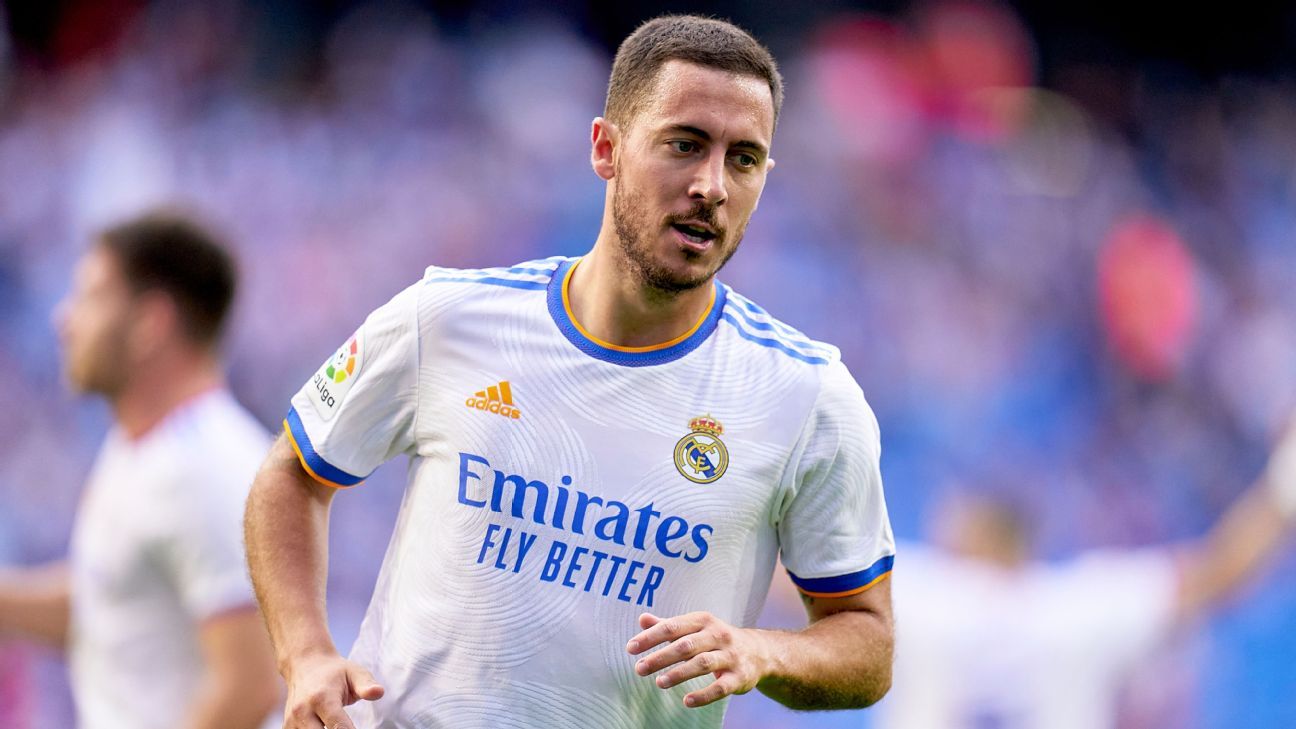 Several Premier League clubs have been sounded out over their interest in signing Real Madrid‘s Eden Hazard in January, sources have told ESPN.

Chelsea and Newcastle United are among a number of clubs to have been alerted to the possibility although it is unclear at this stage what level of interest there is in the 30-year-old or if the player himself is ready to call time on his career at the Bernabeu.

Hazard was left on the bench for last weekend’s El Clasico victory over Barcelona, after which manager Carlo Ancelotti said “the problem [Hazard] has right now is he has a coach who prefers another player.”

Although he went on to praise Hazard’s work ethic, it was a damning assessment of a player signed from Chelsea in 2019 for a deal worth an initial €100 million with a series of performance-based add-ons.

Hazard has started just 25 games in LaLiga and has five goals from 52 appearances across all competitions after suffering with a various injury problems since arriving in Spain.

Madrid are looking to raise funds to pursue Borussia Dortmund forward Erling Haaland next summer in addition to Paris Saint-Germain‘s Kylian Mbappe, who will potentially be available on a free transfer once his contract expires but is still likely to command a huge signing-on fee and wage package.

Speaking in June, Hazard said he wanted to make a success of Madrid career.

“I still have three years of contract at Real Madrid,” he said. “I like the club. I like the players. I will give everything next season for this club. I don’t see myself leaving Real Madrid now.”

However Ancelotti’s stance has raised further doubts over his future and Madrid’s desire to rebuild their team has led intermediaries to sound out possible interested parties. Precise figures have not been discussed but it has previously been suggested in Spain that Madrid would be hopeful of recouping around €50m.

Hazard spent seven seasons at Stamford Bridge and won the Premier League on two occasions. Should Chelsea formalise any interest, they could face competition from Newcastle, who will be looking for a marquee signing in January following their £305m Saudi-led takeover.

The club are expected to make a decision on their new manager by the end of the week following talks with several candidates including Paulo Fonseca, Lucien Favre and Frank Lampard.