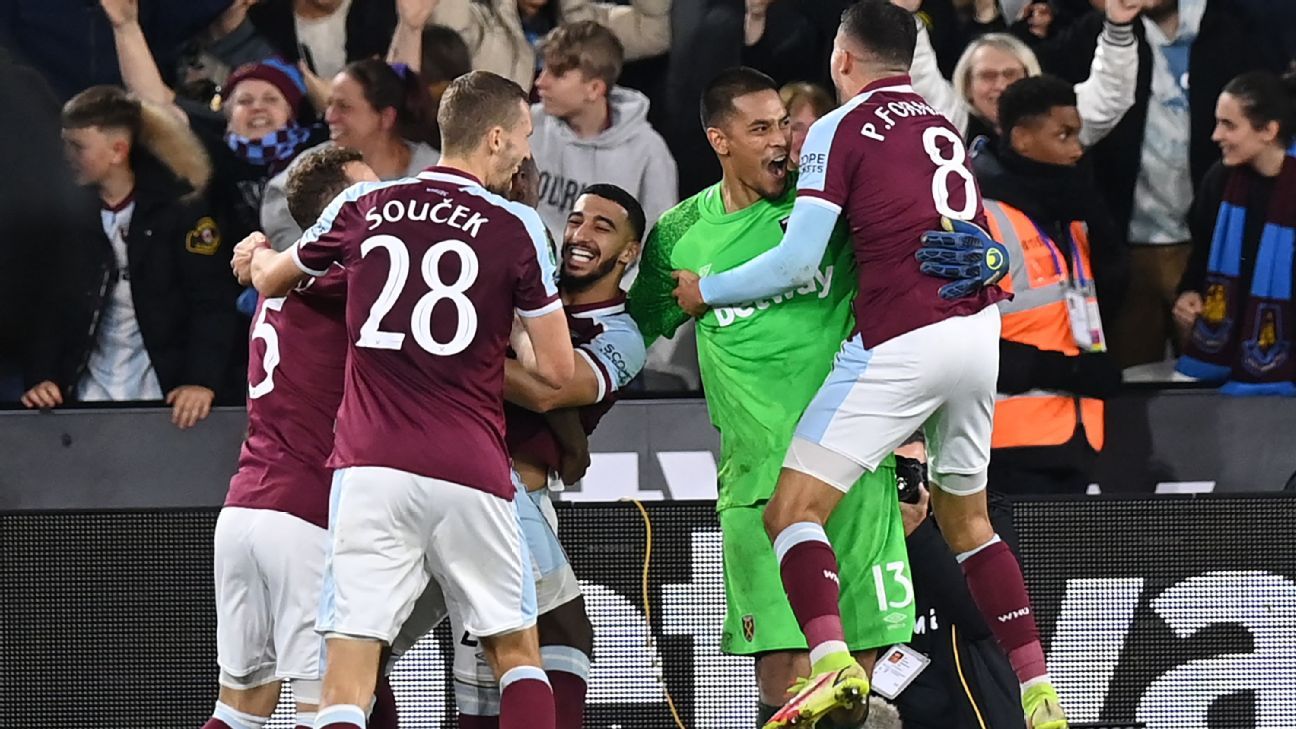 Holders Manchester City were eliminated from the League Cup by West Ham United after a penalty shootout at the London Stadium on Wednesday, ending Pep Guardiola’s team’s four-year domination of the competition.

The game went to penalties after ending goalless and the Hammers triumphed 5-3 in the spot kicks to end Pep Guardiola’s team’s run of four straight League Cup triumphs.

With Manchester United knocked out in the previous round, also by West Ham, it means the Cup will be won by a non-Manchester club for the first time since 2015.

Guardiola and West Ham boss David Moyes made largescale changes to the line-ups from the weekend’s Premier League games but there was no shortage of competitive desire from either side.

City should have taken the lead in the first half as defender Nathan Ake headed on goal, but he spurned the chance. Defender John Stones went close later in the game, although he was denied as West Ham goalkeeper Alphonse Areola saved to keep the scores level.

Guardiola was full of praise for West Ham and reflected on his club’s remarkable record in the competition.

“An incredible run has finished. We finished in a good way. We played in a really good way, creating chances against a team who defended deep,” he said.

“On penalties they were better. Congratulations to West Ham. Next year we will be back.”

West Ham assistant manager Stuart Pearce said his side deserved to win after showing character to stay in the game.

“You win some you lose some but with the resilience and the honesty we showed, we deserved to get over the line,” Pearce said.

“A really good night for this football club with 60,000 in the stadium. The players deserve all the credit and a bit to our manager as well who drives this club on a daily basis.”

De Jong: I never wanted to leave Barcelona
Cannon setback adds to USMNT’s injury crisis
Mexico vs. Peru – Football Match Report
Pulisic, Fred, Hazard: Players who are better for their country than their club
Chelsea beat Man City to bounce back in WSL