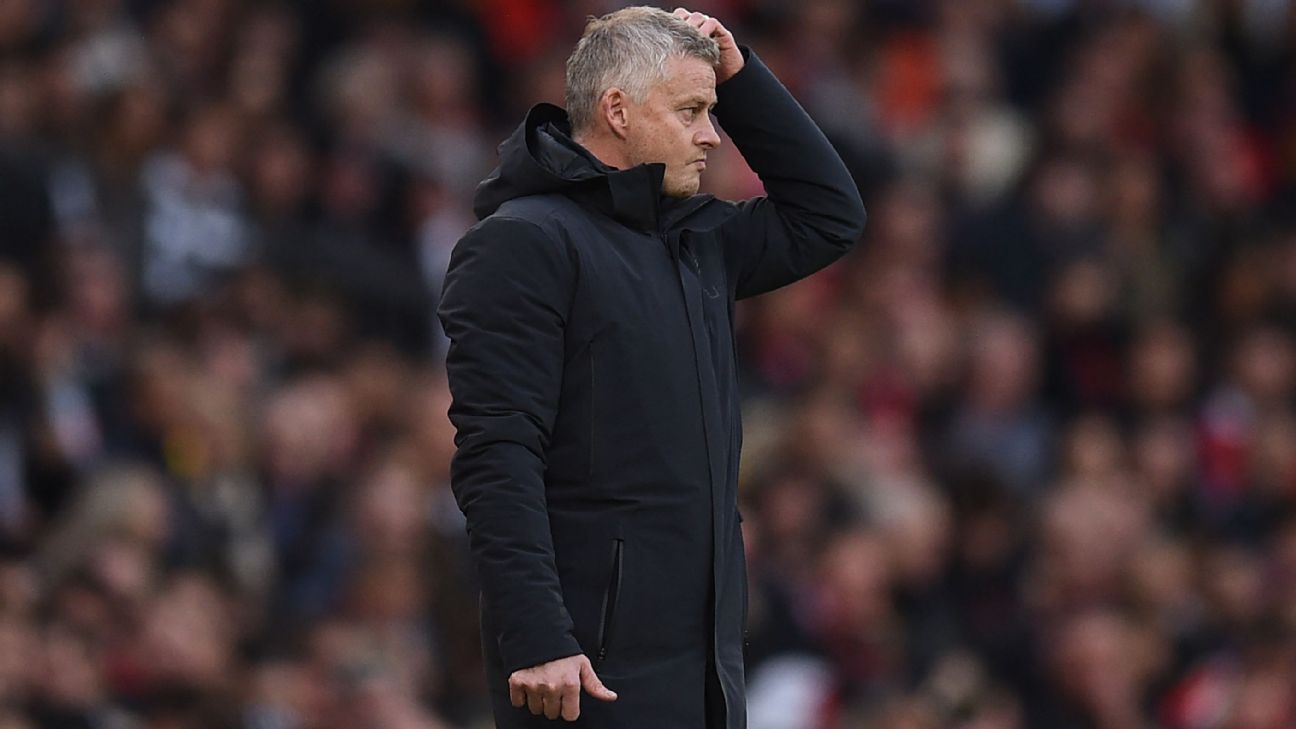 Ole Gunnar Solskjaer said he has received no assurances from the Manchester United board about his future as manager.

Solskjaer has been left fighting for his job following the 5-0 defeat to Liverpool. The Norwegian will be in charge for Saturday’s trip to Tottenham but he says he has had no guarantees beyond that.

“I’ve had communication with the board and I don’t expect them to come and give me assurances,” Solskjaer told a news conference on Friday. “When you have a performance [against Liverpool] and a spell like we’ve had, my job is to put things right and that’s what I’m trying to do. I’m not here to ask for assurances.”

Towards the end of Sunday’s humiliation against Liverpool the visiting fans began singing in support of Solskjaer, suggesting they would prefer if the 48-year-old stayed on as a manager at Old Trafford.

The mocking chants were repeated by Manchester City and Leeds United supporters over the weekend.

“When Leeds, City and Liverpool fans are singing; I don’t think I’ve ever been affected by any opposition fans really either as a player, a coach or a manager,” said Solskjaer.

After a run of five defeats in nine games, Solskjaer is under pressure to pick the right team at the Tottenham Hotspur Stadium.

A number of his key players have been under-performing, including captain Harry Maguire. Solskjaer has warned Maguire and the rest of the United squad that no one is immune from the axe but stopped short of revealing whether the England defender would play against Spurs.

“I’ve got to be careful what headlines can come now, Ole is ready to drop Harry?” said Solskjaer.

“In a squad like we have with top quality players everyone expects to play, and I expect every one of them to expect to play but they’re also ready that they know they have good teammates around them and no one is undroppable, of course they’re not.

“But it’s up to me to pick the right team for the games and see who is in the right frame of mind for Saturday and then Tuesday is Champions League.”