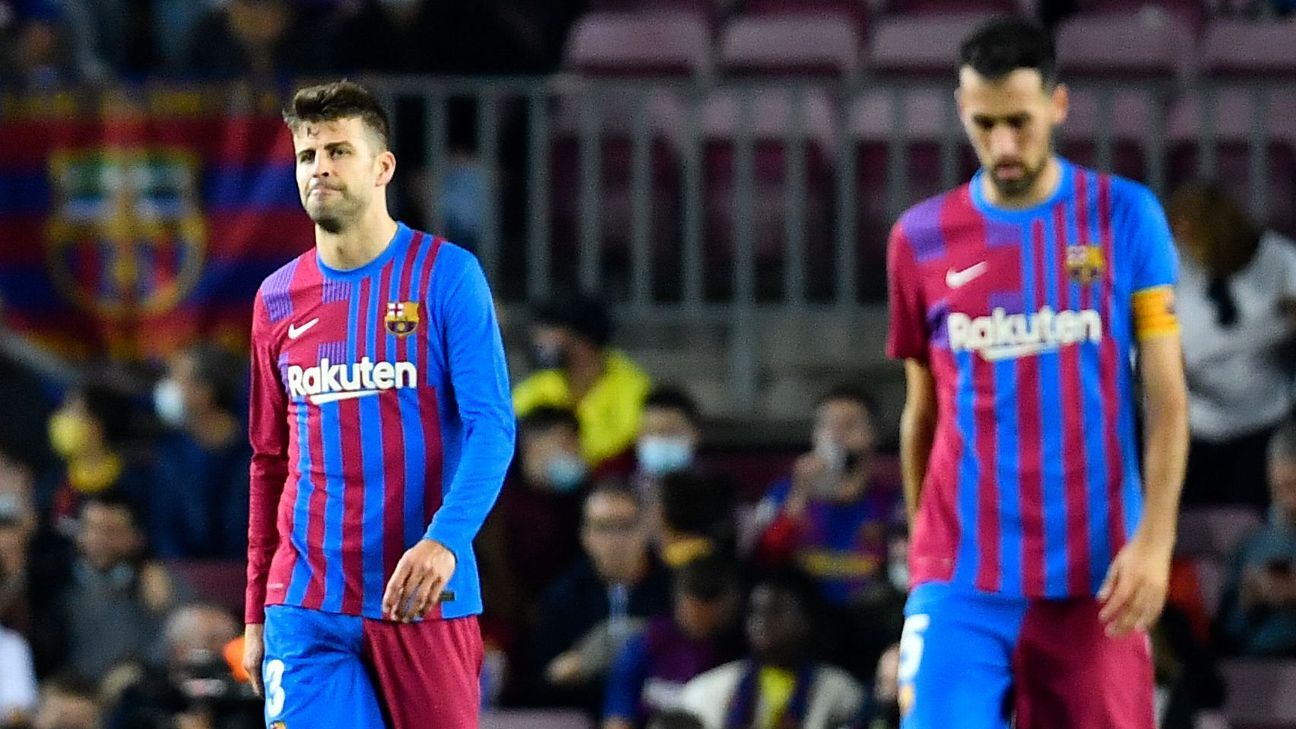 Barcelona were held to a 1-1 draw by Alaves at the Camp Nou on Saturday, with Sergi Barjuan overseeing his first match as interim coach.

An entertaining first half — the first since Ronald Koeman was sacked midweek by the Catalans — saw Barca probing early on and Alaves hitting on the counter-attack, but neither team found a way through and the teams went to the break tied 0-0.

A moment of individual brilliance from Memphis saw the hosts take the lead early in the second, as the Netherlands international cut onto his right foot and curled a lovely shot into the back of the net from distance.

Alaves struck right back after the Barca goal with a nifty combination that sprang Luis Rioja in the penalty area and he rounded Marc-Andre ter Stegen to fire into an empty net to level the score.

Barcelona saw both Sergio Aguero and Gerard Pique substituted either side of half-time with apparent injuries.

The withdrawal of Aguero may be most concerning. Barca haven’t confirmed what the problem was, but it appeared to be related to his chest and he was taken gone to hospital for further tests.

The result leaves Barca stuck in ninth place on 16 points, while Alaves will cherish the point more as it keeps them narrowly outside the LaLiga relegation zone.

England roar back in thrilling draw with Germany
U.S. held 0-0 by S. Arabia in final WC warm-up
Chicharito’s brace sees Galaxy edge Earthquakes
Are Gerrard and Lampard the only options for next England manager?
Southgate: Negativity ‘not healthy’ for England