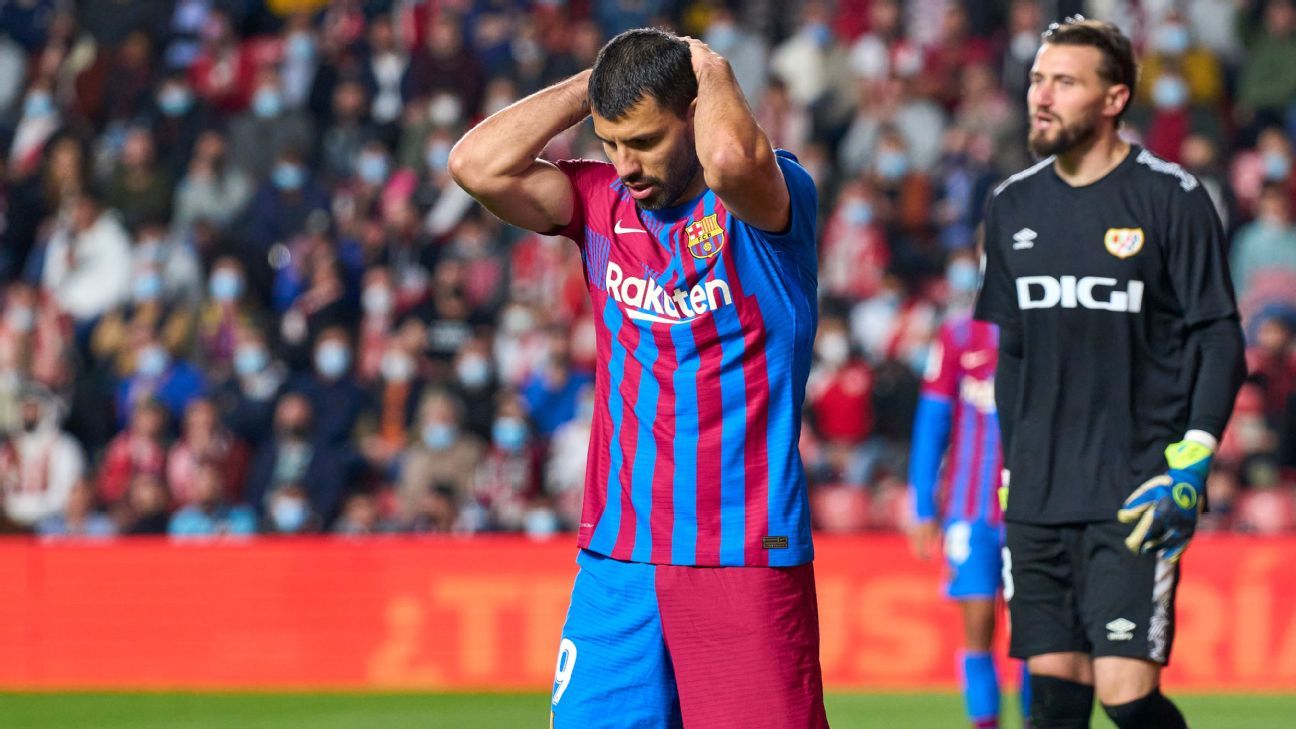 Barcelona striker Sergio Aguero has been ruled out for three months after a cardiac exam, the Spanish club announced on Monday.

The 33-year-old was admitted to hospital for tests on his heart after he was substituted with chest pains in the first-half of Barca’s 1-1 draw with Alaves on Saturday.

“Over the next three months the effectiveness of the treatment will be evaluated to determine when he can come back.”

Aguero has made five appearances for Barca since joining on a free transfer from Manchester City this summer, his only goal for the side coming in the final moments during their 2-1 defeat against Real Madrid in El Clasico.

The situation with Aguero compounds issue at Barca, who are being overseen by interim coach Sergi Barjuan following last week’s sacking of Ronald Koeman. Sources have told ESPN that Barca are in talks to appoint club legend and now-Al Sadd coach Xavi Hernandez.