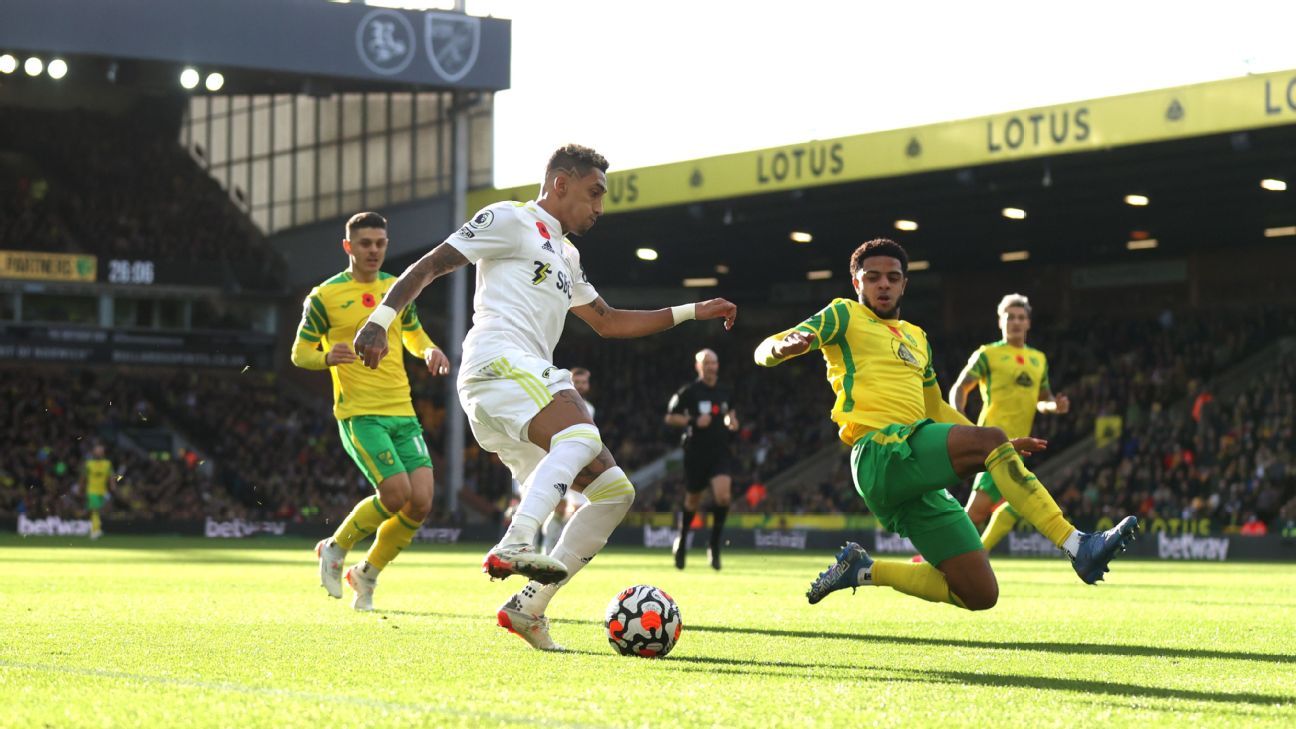 Second-half goals from Raphinha and Rodrigo earned Leeds United a 2-1 win away at Norwich City in the Premier League on Sunday, keeping the visitors out of the relegation zone and the home side nailed to the bottom of the table after 10 matches.

Leeds stayed 17th on 10 points from as many games, three above 18th-placed Burnley, while promoted Norwich were left propping up the table on two points, still without a win.

Leeds Boss Marcelo Bielsa was relieved that his side ground out the win after an industrious performance, and he voiced his support for his Norwich counterpart Daniel Farke.

“A very important win given our position in the table, due to the results we have been obtaining that are not positive,” Bielsa told Sky Sports.

“The job of a coach has some very difficult things you have to live with. Especially with Norwich’s manager, he has shown a big spiritual fortitude and I hope he can come back from this situation.”

Rodrigo stressed how important it was for Leeds to get their first away win of the season.

“It is more than three points; we played against a team who is having a bad moment, like us,” the Spaniard said. “It is an important result and we are looking forward to the next game.”

A dull first half produced a solitary chance as Leeds forward Daniel James saw his shot cleared off the line by Grant Hanley while Norwich were reduced to a pair of tame long-range efforts by Teemu Pukki and Mathias Normann.

The contest sprang to life in a frantic four-minute spell after the break, with Rodrigo firing Leeds ahead in the 56th minute as he cut inside two defenders and drove in a low shot.

Norwich levelled two minutes later when 19-year old defender Andrew Omobamidele rose above his markers to beat Leeds goalkeeper Illan Meslier with a towering header which went in off the underside of the bar.

The home side’s joy was short-lived, however, as Rodrigo forced another twist on the hour mark with a swerving low shot which squeezed in under home keeper Tim Krul. Norwich pressed in the closing stages but failed to trouble the visitors.