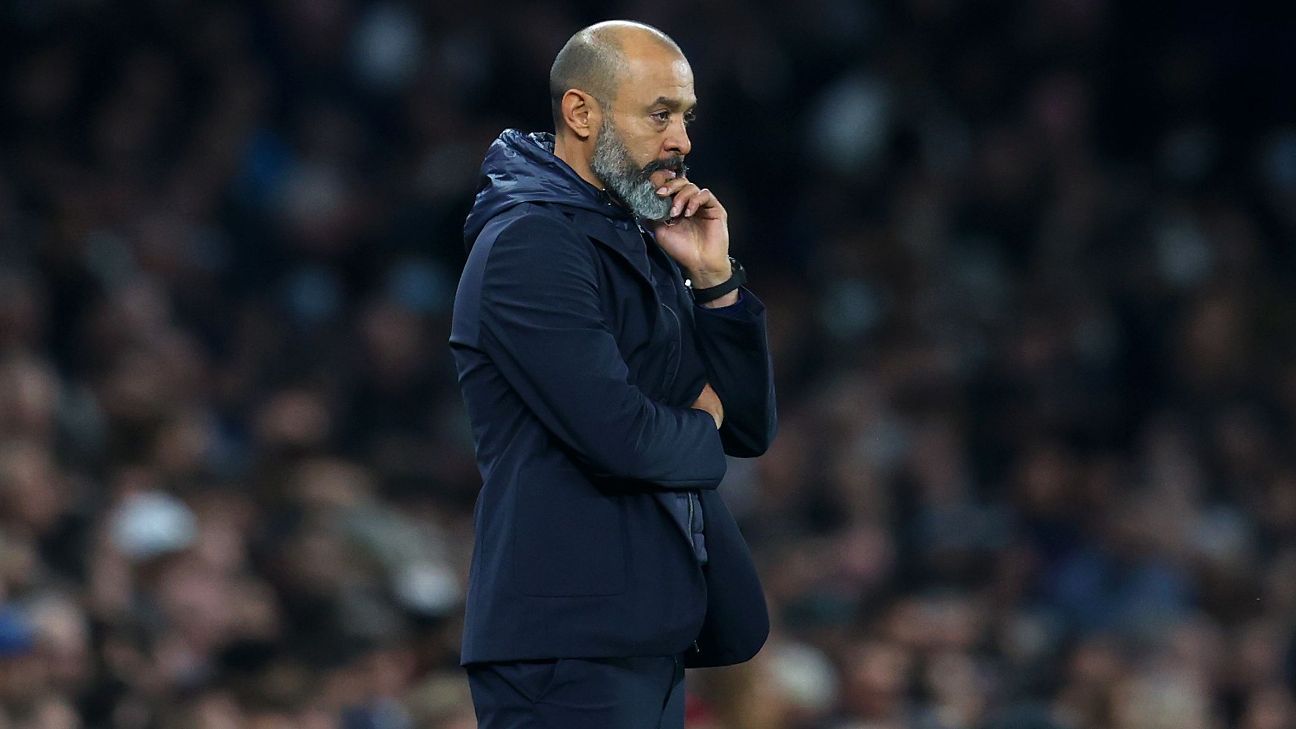 Nuno Espirito Santo has been sacked as Tottenham manager after just 17 matches in charge, the club announced on Monday.

The news comes after a terrible run of results for Spurs since the start of the 2021-22 campaign which included a dismal 3-0 defeat at the hands of Manchester United, where Nuno was booed by his own fans. In total, Spurs won eight of Nuno’s 17 matches as manager.

“I know how much Nuno and his coaching staff wanted to succeed and I regret that we have had to take this decision,” Fabio Paratici, Spurs’ Managing Director, Football, said. “Nuno is a true gentleman and will always be welcome here. We should like to thank him and his coaching staff and wish them well for the future.”

Nuno was appointed Spurs manager in June but was not the club’s first choice to succeed Jose Mourinho following his sacking in April.

Antonio Conte, Gennaro Gattuso, Paulo Fonseca, Brendan Rodgers, Julian Nagelsmann, and Erik ten Hag were all linked with the vacancy before Nuno was given the job.

Nuno got off to the perfect start winning his first three Premier League matches including a 1-0 win over champions Manchester City on the opening day of the season.

However, Spurs failed to kick on and have struggled to score goals under Nuno with Harry Kane out of form following his failure to land a transfer to City in the summer.

Although Spurs have reached the quarterfinals of the Carabao Cup, they are eighth in the league and lost five out of their 10 matches, scoring nine goals in the process.

Nuno joined Spurs after four seasons with Wolves where they achieved promotion to the Premier League in 2018 after a six-year absence and retained their status as a top flight side over three seasons. He previously also managed Valencia and Porto.