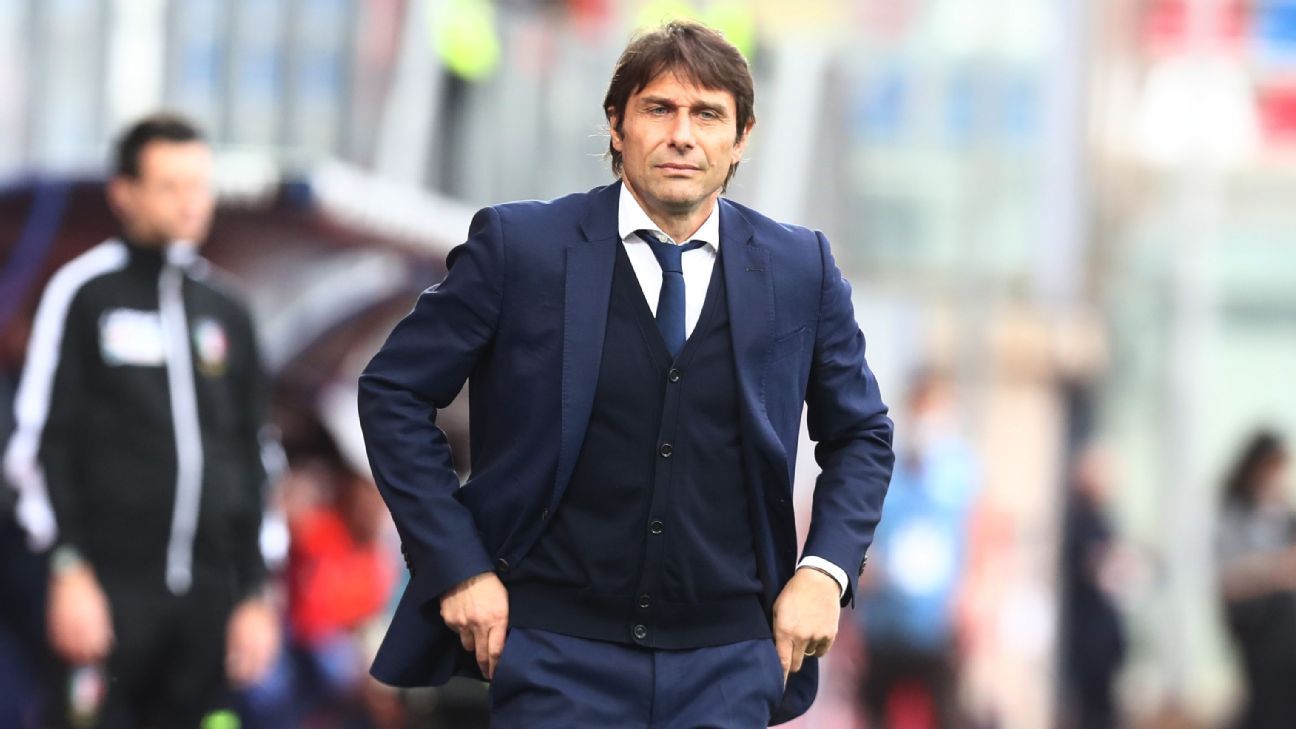 Tottenham are in advanced talks to appoint Antonio Conte as their new manager after sacking Nuno Espirito Santo on Monday morning, sources have told ESPN.

Nuno was removed after just 17 games in charge following talks involving chairman Daniel Levy, managing director of football Fabio Paratici and other members of the club’s board on Sunday.

Conte is expected in London within the coming hours to continue talks and is open to returning to the Premier League after previously leading Chelsea to the 2017 title before departing a year later.

Sources have told ESPN that Conte walked away from negotiations with Tottenham in the summer in part because the club refused to grant the Italian wide-ranging control of first-team affairs including recruitment.

Spurs privately denied Conte was ever formally offered the job but Conte later publicly rejected claims that salary concerns prevented an agreement, adding: “I look for the projects instead and I am ready to stay at home if something is not convincing me. It has to do with vision, honesty and principles.”

However, sources have told ESPN that Conte’s readiness to revive discussions was the final factor pushing Tottenham into deciding to part with Nuno.

Levy replaced Mauricio Pochettino with Jose Mourinho in the space of 24 hours in November 2019 and although Mourinho’s appointment turned out to be a failure, he is keen to avoid a repeat of the farcical pursuit for his successor.

Spurs eventually gave Nuno the job in July but only after a confused search which saw them initially dismiss Nuno and approach a raft of others including Conte, Pochettino, Erik ten Hag, Brendan Rodgers, Paulo Fonseca and Gennaro Gattuso.

Sources have told ESPN that a number of senior players had lost faith in Nuno after a poor start to the season in which he became the first Spurs manager since Christian Gross in 1997 to lose five of his first 10 Premier League games in charge.

But it was the severity of the fan reaction to Saturday’s 3-0 home defeat to Manchester United which shocked senior figures at the club the most, leading them to consider Nuno’s future the following day.

Supporters chanted “you don’t know what you’re doing” at Nuno as he substituted Lucas Moura for Steven Bergwijn early in the second half and booed the team off at half-time and full-time. Chants of “We want Levy out” were also audible near the end.

Spurs sit eighth in the Premier League and face a Europa Conference League clash with Vitesse on Thursday.