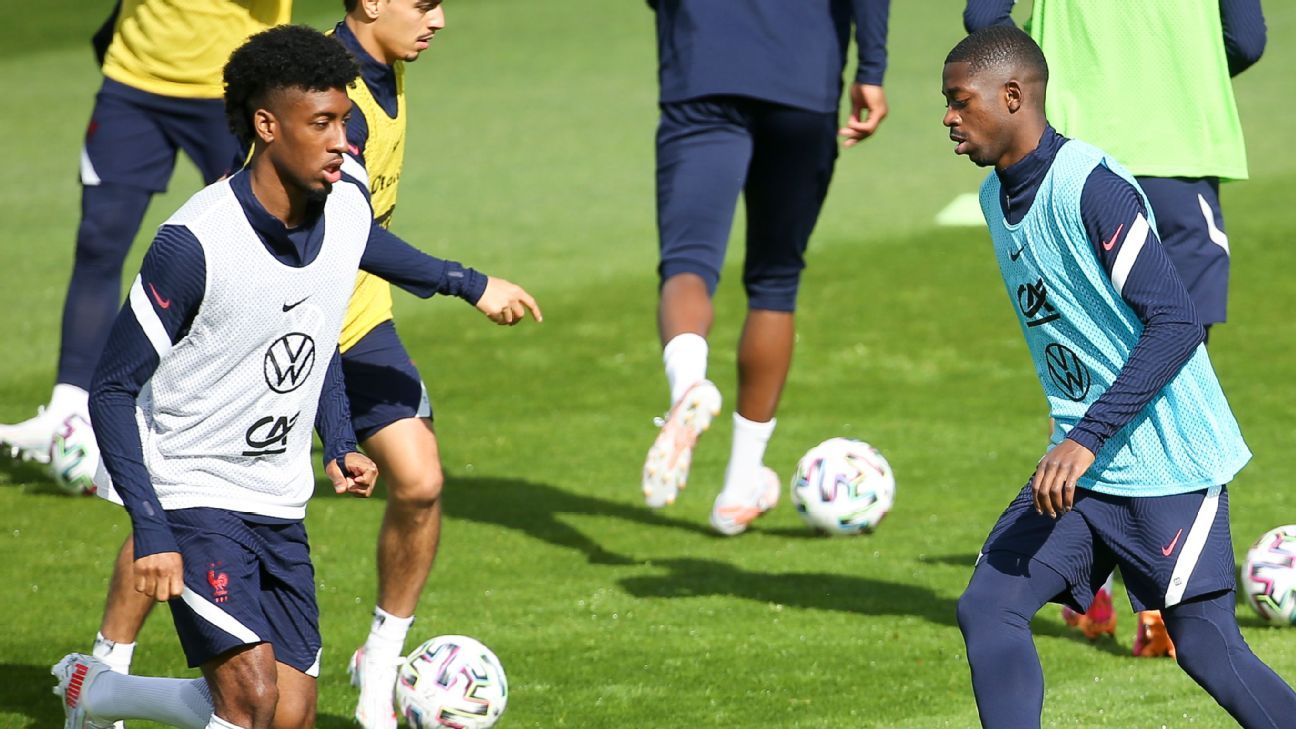 A domino effect looks to be looming between two of Europe’s biggest clubs, with Barcelona’s pursuit of Bayern Munich‘s Kingsley Coman set to trigger Juventus to begin their chase for Ousmane Dembele, according to Calciomercato.

The two France internationals have recently been linked with moves away from their current clubs, with Dembele excluded from Barca’s first-team activities while his contract talks stall. And with reports that Xavi is set to become the new manager of the Blaugrana, the Italian outlet claims that he wants to make Coman his first signing.

The 25-year-old is seen as an ideal replacement for Dembele, who can begin negotiating his next move with other clubs in January, with Juventus expected to challenge Newcastle United for his signature if Coman swaps the Allianz Arena for Camp Nou.

– Liverpool could target a striker in January in the form of Luka Jovic, with Mundo Deportivo reporting that the 23-year-old forward is on the Premier League club’s radar. Jovic has been linked with a move away from Real Madrid throughout Carlo Ancelotti’s tenure as he continues to see his minutes on the pitch limited this season. And with clubs around Europe monitoring the situation for some time, the race now looks to be heating up further with Liverpool the latest club linked with his signature.

– Jose Mourinho has identified Nacho Fernandez as a potential January signing with the 31-year-old centre-back currently not in first-team plans at Real Madrid. That’s according to El Nacional, who reveals that the Roma manager is prepared to give him a leading role should he make the switch to the Estadio Olimpico. While Nacho has made nine appearances this season, only four games have been from his preferred position at centre-back.

– Sport writes that Barcelona want to add more goals to their midfield, and have made Donny van de Beek a priority signing in the January transfer window. The LaLiga club have been tracking the 24-year-old midfielder as he continues to be frustrated with playing time at Manchester United, but it is reported that they will only be able to afford a loan due to the economical situation at Camp Nou.

– Paris Saint-Germain are considering a move for Marcelo Brozovic, with Leonardo keen on acquiring the Croatia international on a free transfer next summer, according to Le10Sport. Brozovic’s contract with Internazionale is set to expire at the end of the season, but it was recently reported that he will be delaying talks over a potential renewal. The 28-year-old has featured 14 times for the Serie A club this season.

– Xavi Simons will take time to consider whether to pen new terms with Paris Saint-Germain, with Fabrizio Romano revealing that he is concerned about the difficulty of breaking into the first-team at the Parc des Princes on the Here We Go Podcast. The 18-year-old midfielder has been linked with a return to Barcelona in recent times, but despite PSG keen to tie him down to an extension, his future could be destined elsewhere if he is not guaranteed first-team football.

Can Barca overcome injury crisis ahead of UCL and Clasico?
PSG president hits out at Barcelona asset sales
Cincinnati storms back to ease past Chivas
Utd transfer plans ‘ahead of schedule’ – director
Mexico: Jimenez, Corona a ‘last minute’ WC call