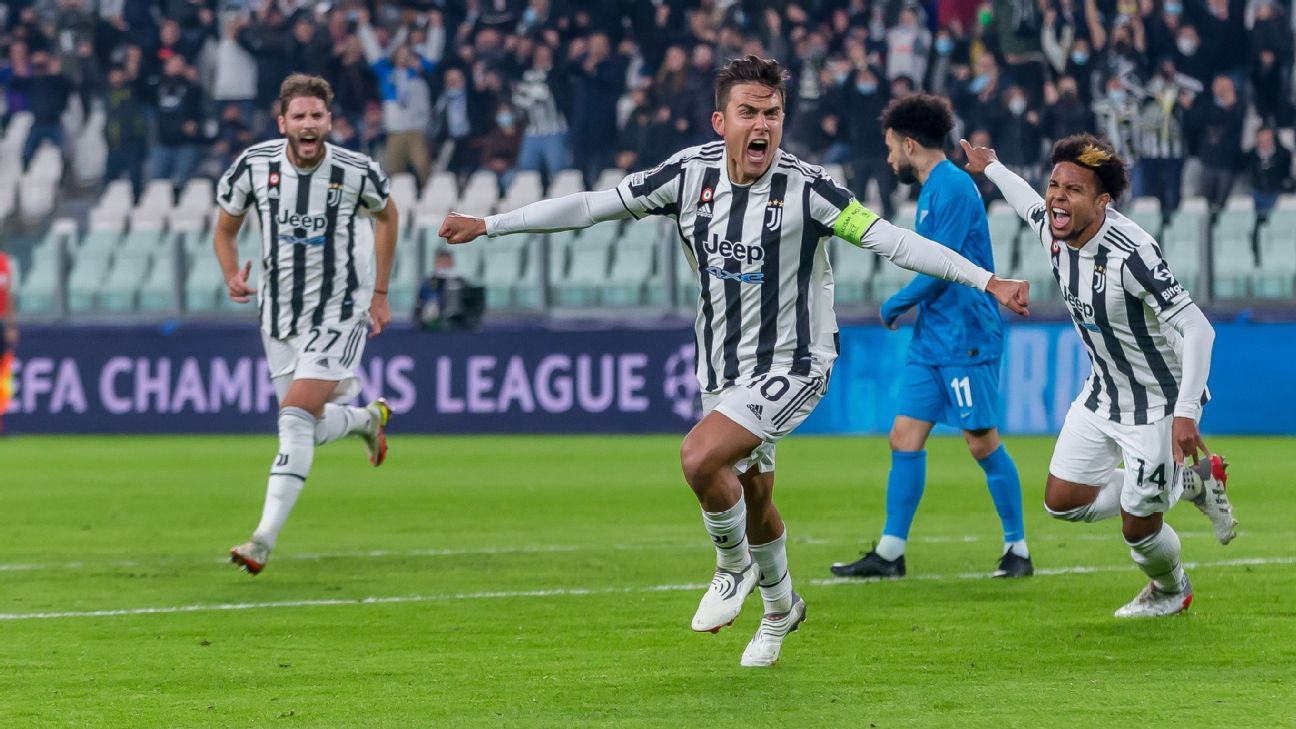 Juventus booked their spot in the Champions League last 16 with two group games to spare after a double from Argentine striker Paulo Dybala steered them to a 4-2 win over Zenit St Petersburg on Tuesday.

Knowing they only needed a point against Zenit to be assured of a knockout-stage spot in Group H, Juve raced into a deserved early lead through Dybala, who hammered the ball into the roof of the net in the 11th minute.

The hosts had several chances to make it 2-0 before Italy defender Leonardo Bonucci put through his own net in the 26th minute to draw Zenit level.

Dybala benefited from a slice of good fortune to put Juve back in front in the 58th minute, as he converted a penalty at the second attempt, after the referee had ordered his first effort, that he dragged wide, be retaken.

Goals from Federico Chiesa and Alvaro Morata made sure of the victory late on as Juve made it four wins from four in this season’s competition to top Group H, three points ahead of holders Chelsea in second.

Sardar Azmoun netted a stoppage-time consolation for Zenit, who must win both of their remaining group matches to have any hope of reaching the knockout stages.

While things have not gone well in Serie A this season for Juventus — they are ninth in the standings, 16 points behind leaders Napoli — Massimiliano Allegri’s side have had no issues on the continent.

Three wins from three, including a 1-0 success over Chelsea in September, put them on course for the last 16 ahead of Zenit’s visit, and it looked like it was going to be a comfortable progression after Juve made a lightning start.

Dybala and Chiesa were both denied by smart saves from away goalkeeper Stanislav Kritsyuk in the opening exchanges, before Dybala was clinical on his 50th appearance in the Champions League.

Morata wasted a glorious chance to double Juve’s lead before Zenit grew into the contest and levelled things up, with Bonucci’s attempt to clear a cross looping into his own net.

From that moment on, however, it was all Juve, with Dybala and Chiesa a constant menace.

Chiesa’s trickery won Juve a penalty to give his side the opportunity to retake the lead, which Dybala seemingly wasted.

The referee, however, insisted Zenit players had encroached in the penalty area, giving Dybala another chance, which he did not pass up.

The relentless Chiesa got the goal his performance deserved as he darted into the penalty area before drilling into the bottom corner and Morata finished well under pressure to put Juve out of sight.

Juve have now won each of the opening four group stage games of a Champions League campaign for the third time, having also done so in 1995-96, when they went on to win the competition, and 2004-05.