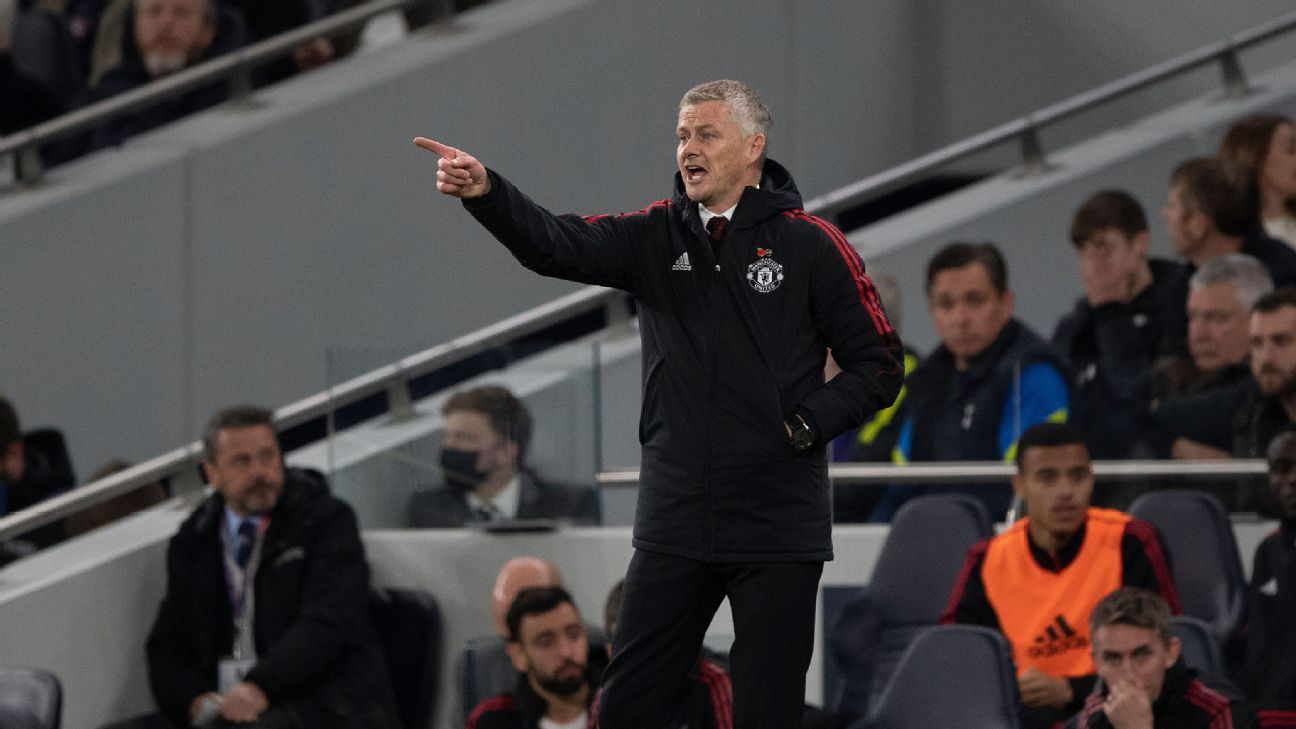 Ole Gunnar Solskjaer has urged his Manchester United players to put the team before themselves to ensure they build on their impressive victory against Tottenham Hotspur.

United face Atalanta in Bergamo on Tuesday having bounced back from their 5-0 defeat to Liverpool with a comprehensive 3-0 win at the Tottenham Hotspur Stadium on Saturday.

Solskjaer rejected the suggestion the result was evidence his team have turned a corner after a run of five defeats in nine games but the Norwegian has called on his squad to pull together in an effort to create some much-needed momentum.

“When you’re at a place like this, we’ve got so many players and we don’t have time for anyone to sulk or not give energy to the team,” Solskjaer told a news conference on Monday.

“If you’re not in the starting XI you’re there to support your teammates and you come on and do your best when you come on; if you don’t come on then what’s the single most important thing you can do to help the team? And the attitude was spot on.

“Yeah, I understand players want to play and nobody is happy when they don’t play. But the squad morale has been really good and it has to be really good. It can’t be that we’ve done one game now and then everyone is thinking about themselves. It’s a team before any individual.”

United sit top of their Champions League group and victory over Atalanta would see them take a step towards qualifying for the knockout rounds for the first time since the 2018-19 season.

Solskjaer paired 36-year-old Cristiano Ronaldo and 34-year-old Edinson Cavani up front against Spurs with both getting themselves on the scoresheet.

Manchester City are the visitors to Old Trafford on Saturday but Solskjaer said it would be a mistake to look ahead to the derby and rest key players in Italy.

“I think you just have to look at the next game, get a result in that one,” he added.

“We’re in a decent position but you need a result away from home to go through so all eyes and all focus is on this one then you look forward to the next one after that.

“We haven’t been thinking about that [the derby] at all. This is going to be a difficult game.”

Heavy defeats to Leicester City and Liverpool increased the scrutiny on Solskjaer’s position at Old Trafford.

He received backing from the club’s board before the trip to Tottenham and midfielder Bruno Fernandes said he is sure United are on the right track under the Norwegian.

“If we don’t believe and trust in what we’re doing it’s better not to train and play and say we’re done here,” Fernandes said. “The reaction of the players was good.

“The first or second day it’s always difficult after a loss like that against our biggest rivals, but we feel the same as the fans and feel for them also, we try to give them something and we let them down that time.

“It was the past, we focused on Tottenham, we did our job and won. Now we forget Tottenham and focus on what we do against Atalanta.”