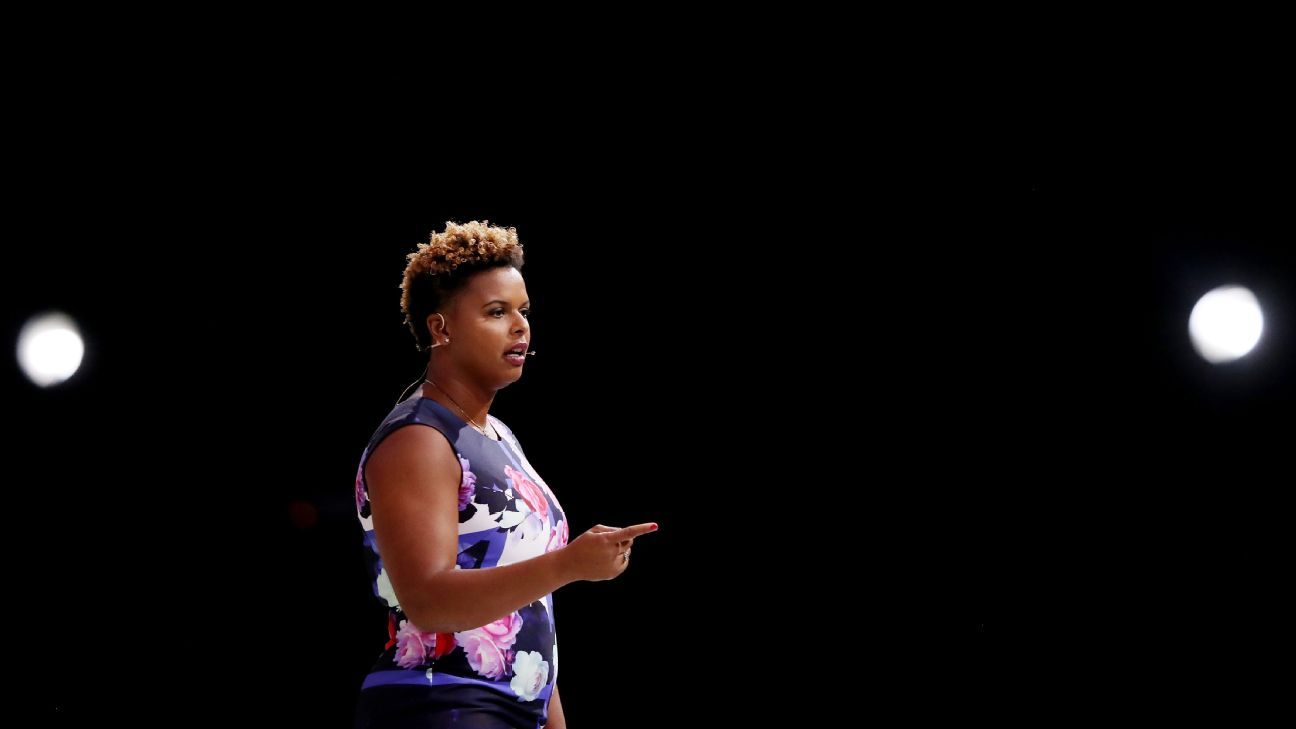 Head of women’s soccer for CONCACAF and former Portland Thorns goalkeeper Karina LeBlanc has been named as the team’s new general manager, replacing Gavin Wilkinson who was placed on administrative leave by the Thorns in the wake of sexual harassment and coercion allegations made against former coach Paul Riley.

LeBlanc will step down from her role in CONCACAF to focus on her new general manager position.

Speaking to the Associated Press, she said she spoke to the players at the club and felt she could make a difference.

“I felt that this was the right move based on their [the players at the club] response, because I think it’s time that everyone understands that this is a moment in time where we pause, we learn, we realize what we can do better, and then we connect and then we rise,” she said.

“And that’s how I’m looking at it. It’s a time for us all to connect and rise. And I get to do that knowing what it’s like to sit on the other side and playing for the club and now knowing with all my years of experience in CONCACAF and doing a lot of things at the global level, I see a bigger picture.”

Riley coached the Thorns for the 2014 and 2015 seasons but Portland did not retain him following a team investigation after a player complained. However, the details of the investigation were not made public and Riley went from there to the team that eventually became the North Carolina Courage.

He was fired from the Courage in late September following a published report about allegations that spanned his time with both teams.

NWSL Commissioner Lisa Baird stepped down amid the scandal. The NWSL and U.S. Soccer are conducting independent investigations into the allegations.

Thorns players also called for Wilkinson’s ouster. Management announced a short time later that he had been placed on administrative leave from duties connected to the Thorns, but not from Major League Soccer’s Portland Timbers. Wilkinson will continue as GM of the Timbers.

LeBlanc was goalkeeper for the Thorns in the 2013 season, when the team won the inaugural NWSL championship. She went on to play for two season with the Chicago Red Stars.

“I came back because for me, it’s an opportunity,” she said. “I will never forget my year playing at this club. I’ll never forget how the community made me feel. I’ll never forget what it felt to put that jersey on, and have the crest on your heart. I will never forget the moments that people don’t even know about, with my teammates. And it was one of those things when I got traded away, I was just like, `You know what? I’m going to come back.'”

LeBlanc also made 110 appearances for the Canada national team between 1998 and 2015. She has served in her role with CONCACAF since 2018.

The Thorns won the NWSL Shield this season for the league’s best regular-season record. Portland has a bye for the first round of the playoffs, which start this weekend.

“The global soccer network she has fostered during her career has perfectly positioned her to lead the Thorns, and it is hard to think of anyone with a more innate leadership ability and unique blend of skills than Karina,” Thorns owner Merritt Paulson said.