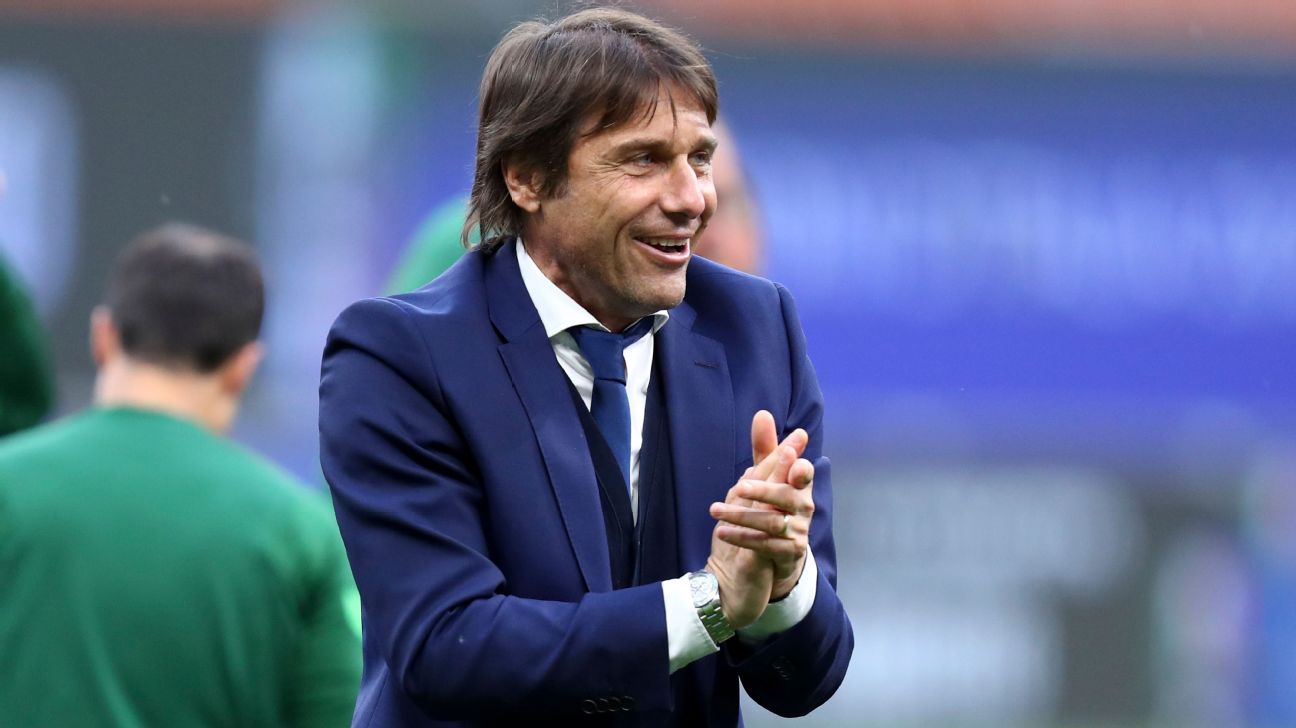 Conte returns to the Premier League having won the division with Chelsea in 2017 and the FA Cup a year later. He also won Serie A during his spells at Juventus and Inter. Conte left Inter in May following their title success amid reports the club needed to cut costs amid the coronavirus pandemic.

– Marcotti: Nuno failure not all his fault
– Stream ESPN FC Daily on ESPN+ (U.S. only)
– Don’t have ESPN? Get instant access

The Italian was also approached to take over at Tottenham ahead of the 2021-22 campaign before Nuno was appointed. Other names in the frame following Jose Mourinho’s exit included Paulo Fonseca, Mauricio Pochettino, Graham Potter, Gennaro Gattuso, Erik ten Hag, Brendan Rodgers and Julian Nagelsmann as Tottenham conducted a chaotic process to appoint a new manager.

Sources have told ESPN that Conte’s readiness to revive discussions was the final factor pushing Tottenham into deciding to part with Nuno, who managed just 17 games in total. Nuno was sacked by Tottenham following Saturday’s 3-0 Premier League defeat to United.

Sources added that a number of senior players had lost faith in Nuno after a poor start to the season in which he became the first Spurs manager since Christian Gross in 1997 to lose five of his first 10 Premier League games in charge.

But it was the severity of the fan reaction to Saturday’s 3-0 home defeat to United that shocked senior figures at the club the most, leading them to consider Nuno’s future the following day.

Information from ESPN correspondent James Olley was used in this report