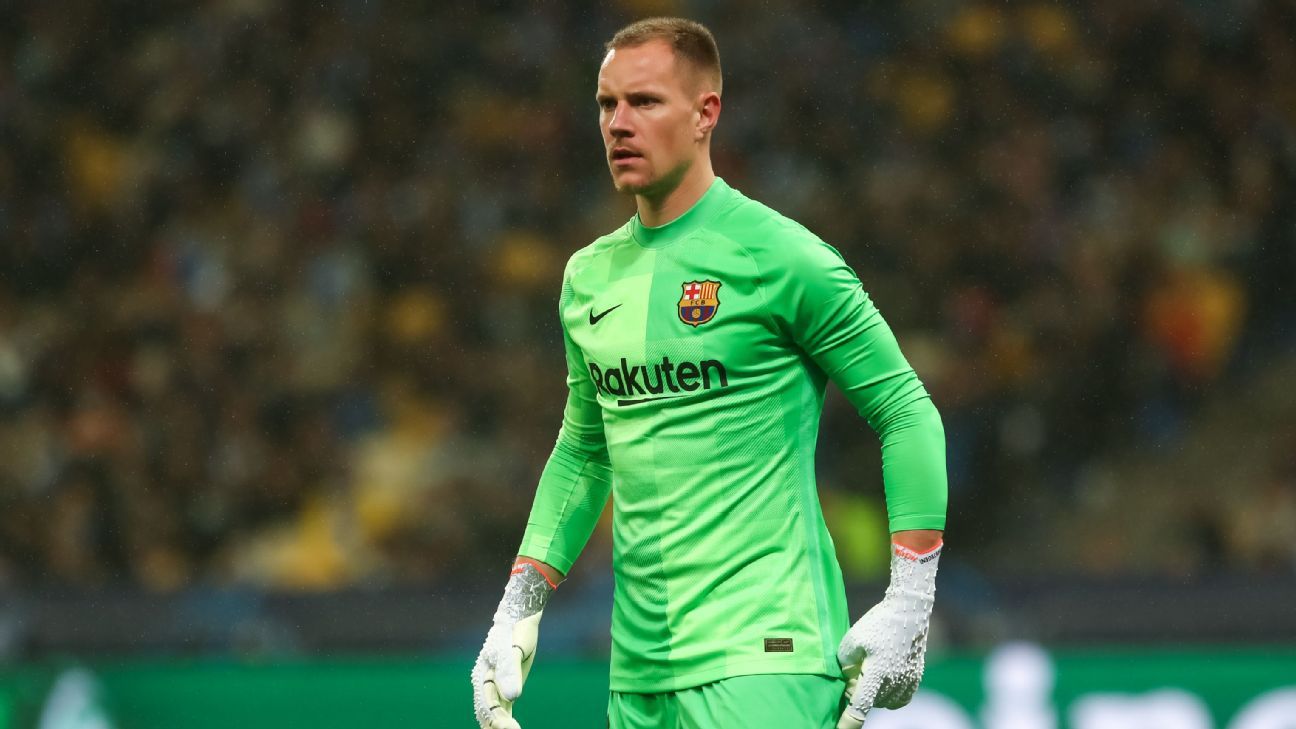 While president Joan Laporta views the Germany international as a key figure, the report claims that he doesn’t rule out a potential move away from the club.

A valuation of €55 million is being offered by the Magpies, which would be tough for the LaLiga outfit to turn down given their financial difficulties. They are also said to be in the process of looking at potential successors for ter Stegen, as he has not been at his best in recent years.

However, the stumbling block for the new owners of Newcastle may be less about Barcelona accepting a proposal and more on the goalkeeper himself. The 29-year-old is said to be happy in Catalonia, with him only willing to leave if it meant he were to return to his native Germany. That won’t stop the Magpies’ hierarchy from trying to tempt him to make the switch, though.

The Barcelona No. 1 was a key part of his side’s 1-0 victory Tuesday over Dynamo Kiev in the Champions League, in which they picked up back-to-back victories against the Ukrainian side.

Ter Stegen made some important saves, but the report claims that Barca don’t think he’s been the same player since he injured a knee and underwent surgery earlier this year, and a potential change could be on the horizon.

– The agent of FC Salzburg striker Karim Adeyemi has met with representatives from Atletico Madrid, according to Sport1 journalist Florian Plettenberg. The 19-year-old has impressed with the Austrian club, scoring 14 goals and two assists in 21 appearances across all competitions so far. His performances in the Champions League have also caught the eye, with other clubs also weighing a potential move.

– Paris Saint-Germain and Bayern Munich are eyeing the free transfer of Internazionale midfielder Marcelo Brozovic in the summer, reports Calciomercato. The 28-year-old could leave the Milan club at the end of the season, with postponement over a new deal alerting many teams over a potential move next year. While PSG and Bayern Munich are said to have the greatest interest, other European clubs are said to be monitoring the situation.

– Manchester United and Barcelona are monitoring Manchester City youngster James McAtee, says the Daily Mail. The 19-year-old has only 18 months left on his current contract at the Etihad, with clubs ready to move if he doesn’t sign a new deal. However, Pep Guardiola is said to like the playmaker and be willing to reward him with more game time going forward.

– Wolves have begun negotiations with RB Leipzig over the permanent signing of Hwang Hee-Chan, according to Calciomercato. The 25-year-old joined the Premier League outfit on loan for the season and has impressed so far this season, so much so that the club wants to make the move a long-term one.

– Southampton are monitoring FC Salzburg forward Chukwubuike Adamu, with a host of other clubs also eyeing a potential move. The Daily Mail says that the Saints are keen on the 20-year-old, whose potential contract is reportedly valued at £15m. Ligue 1 side AS Monaco, as well as a number of Bundesliga sides, are said to also be eyeing a possible transfer in the future.