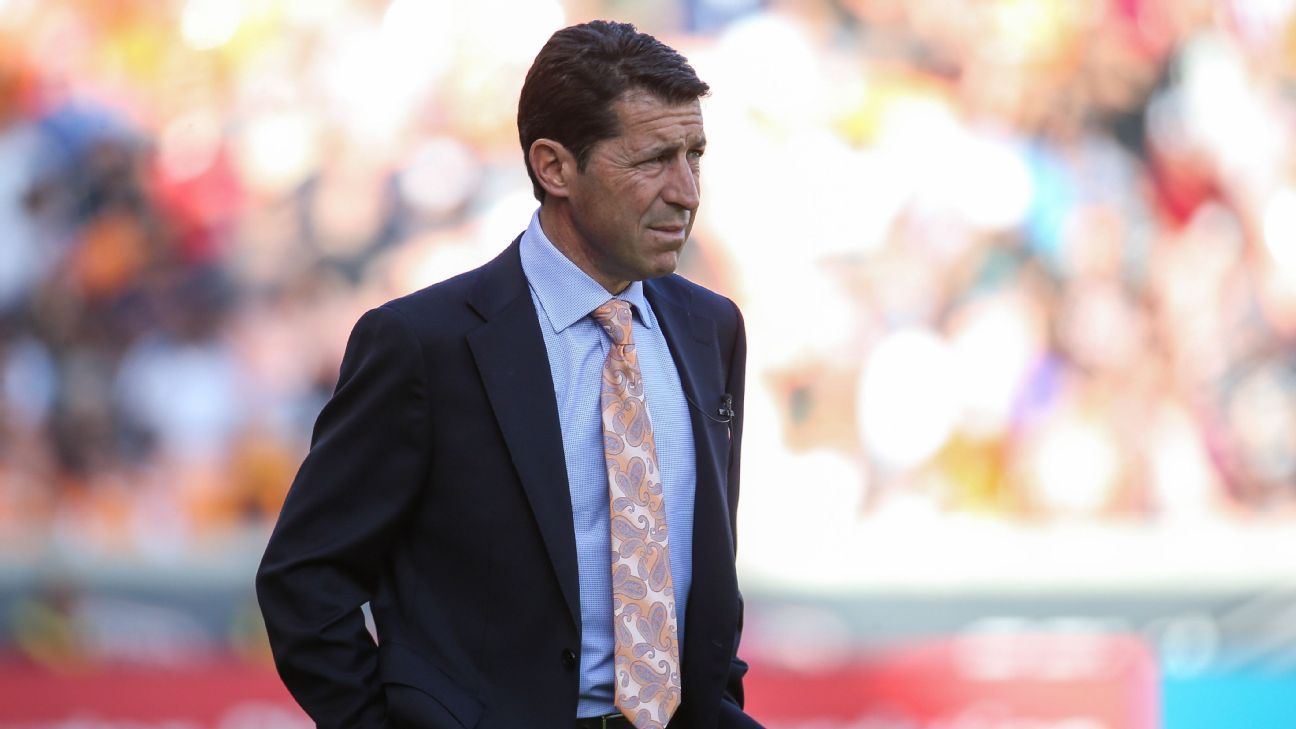 Tab Ramos is out as head coach of the Houston Dynamo, the club announced Thursday.

The decision comes three days after the club hired Pat Onstad as its new general manager. Ramos was out of contract at the end of the season and his assistants, Omid Namazi and Martin Vazquez, will also not have their contracts extended.

“I want to thank Tab for everything he has done for this club over the last two years, on and off the pitch,” Onstad said in a release. “In the short time that I have been here, it was apparent that he has made a tremendous positive impact on the culture of our team and has helped make Houston a more appealing destination for players within MLS and abroad. There is a strong foundation here and we are grateful to Tab for that.”

The Dynamo (6-16-12) completed its season on Wednesday with a scoreless draw against the New York Red Bulls. Houston currently sits one point behind expansion club Austin FC, which has one game remaining. Only Toronto (28) and Cincinnati (20) have worse point totals in Major League Soccer.

Ramos, the first player to ever sign with MLS prior to the inaugural 1996 season, was hired prior to the 2020 season which also included a last-place finish. He had served as the head coach of the United States U-20 men’s national team since 2011, which featured three consecutive appearances in the U-20 World Cup quarterfinals.

The former United States stalwart paid tribute to the club and its fans on Twitter after the news broke.

The Dynamo underwent an ownership change in June, when Ted Segal acquired a majority ownership position.

England roar back in thrilling draw with Germany
Cincinnati storms back to ease past Chivas
Big questions for Mexico: Injuries, leadership, and the ‘quinto partido’
Spain boss: Portugal NL tie is our WC quarter
Why Premier League’s success goes deeper than star power, competitiveness or upsets