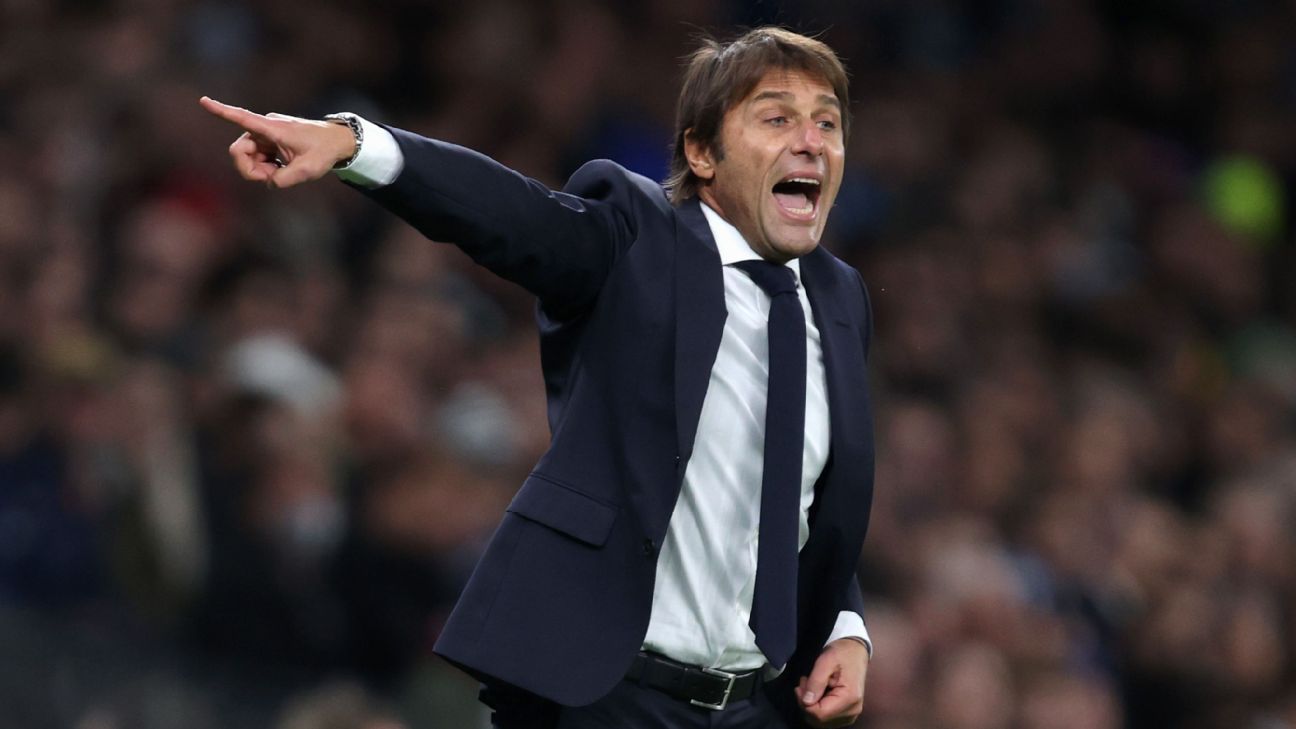 Antonio Conte has told Tottenham players they must learn to “breathe a winning mentality” after saying his new side are not ready to fight for the title.

Conte will take charge of his first league match away to Everton on Sunday after making a winning start with a 3-2 Europa Conference League victory over Vitesse.

Conte has signed an 18-month contract and will be expected to end the club’s 13-year wait for a trophy dating back to the 2008 League Cup triumph. But first he said the squad have to change their mindset, starting with spending longer periods thinking about the sport.

“It is impossible to invent, it is impossible to pay because it doesn’t cost money for a winning mentality but I think you have to take the right people to bring this into the club. You must start every day with this type of mentality.

“And if you start to think in this way, it means that you want to become a winner otherwise you will continue to stay in your medium level. Most of your time in your life, you have to dedicate to football and it means you want to improve your level.

“In Tottenham, we need to improve the level of the team if we want to try to reach some targets in the present and this future. I think this is the key. We need to start to think football more and more and more.”

Spurs last won English football’s top flight in 1961. By contrast, Conte has landed five league titles in his managerial career, comprising three successive Serie A crowns for Juventus, the 2016-17 Premier League with Chelsea and another success in Italy at Inter Milan.

Asked whether Spurs are capable of helping him continue that individual success, Conte added: “In the Premier League now, there is a gap with at least the four teams but this situation must be an incentive for us to work harder to try to start to close this gap and to start to think that we have to be competitive and try to fight for the title.

“At the moment, honestly, I can’t tell you that this team is ready to fight for the title. We have many teams in this moment who are more stable in football, not as a club, because this club is super, super stable.

“But on the pitch, we need to work to improve our level and try to be closer to these teams that they are showing to be very, very strong.

“For this reason I repeat, we need time. But I’m not scared about this because in my life, I always work very hard to reach the target and to enjoy with the club a title.

“At the same time, we have to know the reality. But we must be focused on the present and to have a vision for the present and a goal for the future to build something important together.”