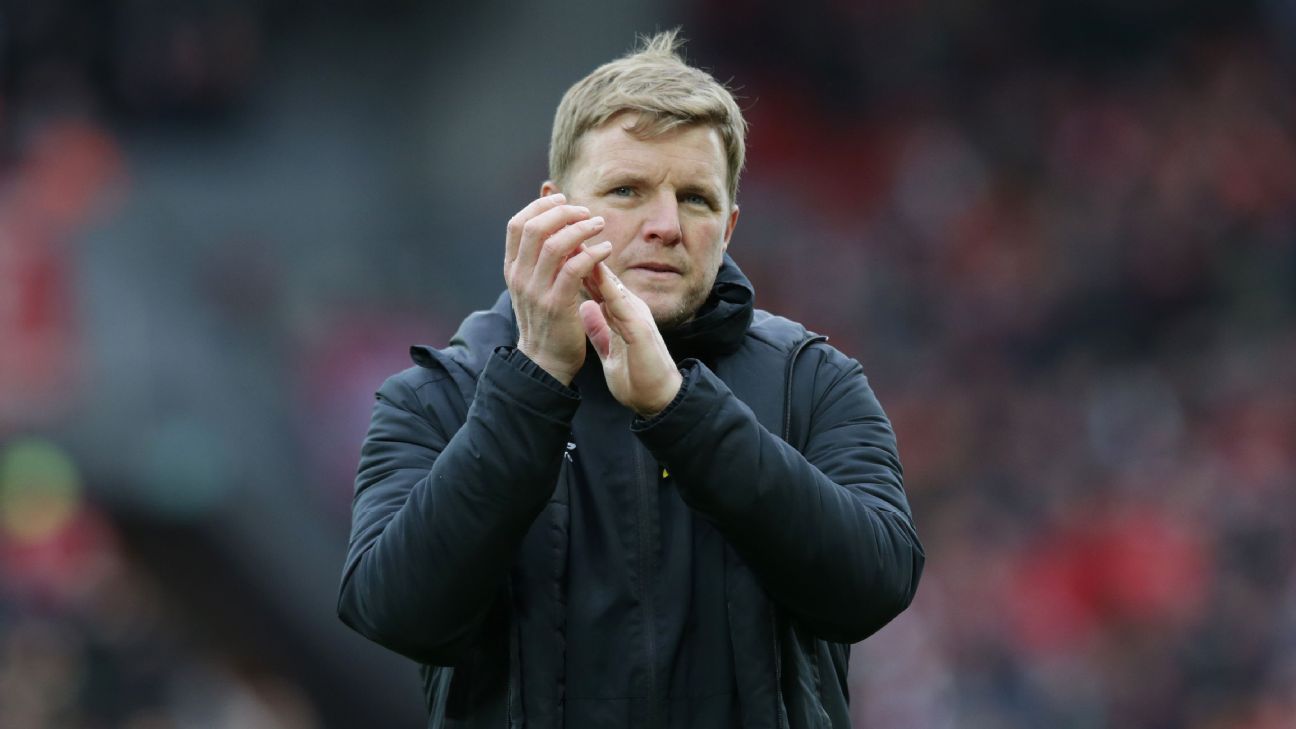 Newcastle United have named former Bournemouth coach Eddie Howe as the club’s new manager, it was announced on Monday.

Howe’s arrival marks the first appointment at the club since the £305 million takeover by the Saudi Arabian Public Investment Fund on Oct. 7. He has signed a contract until 2024.

Howe said: “It is a great honour to become head coach of a club with the stature and history of Newcastle United. It is a very proud day for me and my family.

“This is a wonderful opportunity, but there is also a lot of work ahead of us and I am eager to get onto the training ground to start working with the players.

Newcastle were initially interested in Villarreal coach Unai Emery, but he publicly committed his long-term future to the LaLiga club.

Sources previously told ESPN that former Roma manager Paulo Fonseca had been seriously considered for the role and was interviewed for the job before Newcastle’s new owners turned their attention elsewhere.

Howe left Bournemouth after their relegation from the top flight at the end of the 2019-20 campaign. The Englishman spent two spells at Bournemouth and steered them from League Two to the Premier League, guiding the club to three promotions in six seasons. Under Howe, Bournemouth enjoyed five years in the Premier League and produced memorable wins over Manchester United, Liverpool, Chelsea and Arsenal during that period.

Newcastle United co-owner Amanda Staveley said: “We have been incredibly impressed by Eddie through what has been a rigorous recruitment process.

“As well as his obvious achievements with AFC Bournemouth, where he had a transformational impact, he is a passionate and dynamic coach who has clear ideas about taking this team and club forward.

“He is a great fit for what we are trying to build here. We are delighted to welcome Eddie and his staff to St. James’ Park and very much look forward to working together towards our collective ambitions.”

Newcastle are second from bottom in the Premier League table and have yet to a win a match in all competitions this season. Howe’s first match in charge after the international break is a home game against newly promoted Brentford.