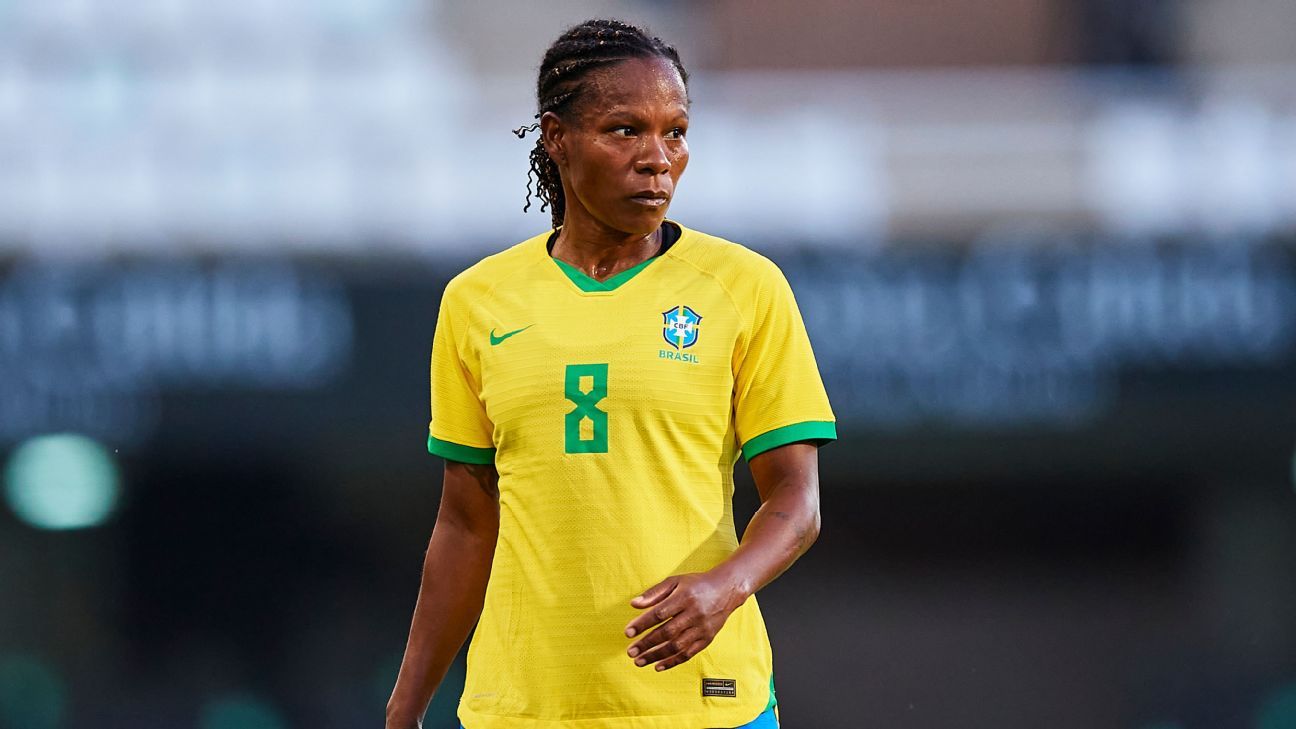 Brazil’s most-capped player Formiga is to retire from international duty later this month, bringing an end to a career that included seven World Cups and Olympic Games, the Brazilian Football Confederation said.

Formiga has played 233 matches for Brazil and her final game will be a friendly against India on Nov. 25 in Manaus.

After making her Brazil debut as a 17-year-old at the 1995 World Cup, Formiga went on to play at every Olympic tournament since women’s football made its debut at the 1996 Atlanta Games.

The 43-year-old midfielder wrote her name into the record books as the first women’s player to participate in seven Olympic Games in Tokyo in July.

Formiga was part of the Brazil team that lost to Germany in the 2007 World Cup final. She won silver at the 2004 Athens Olympics and again Beijing in 2008.

Her last World Cup appearance was at the 2019 edition, where Brazil lost to hosts France in the round of 16.