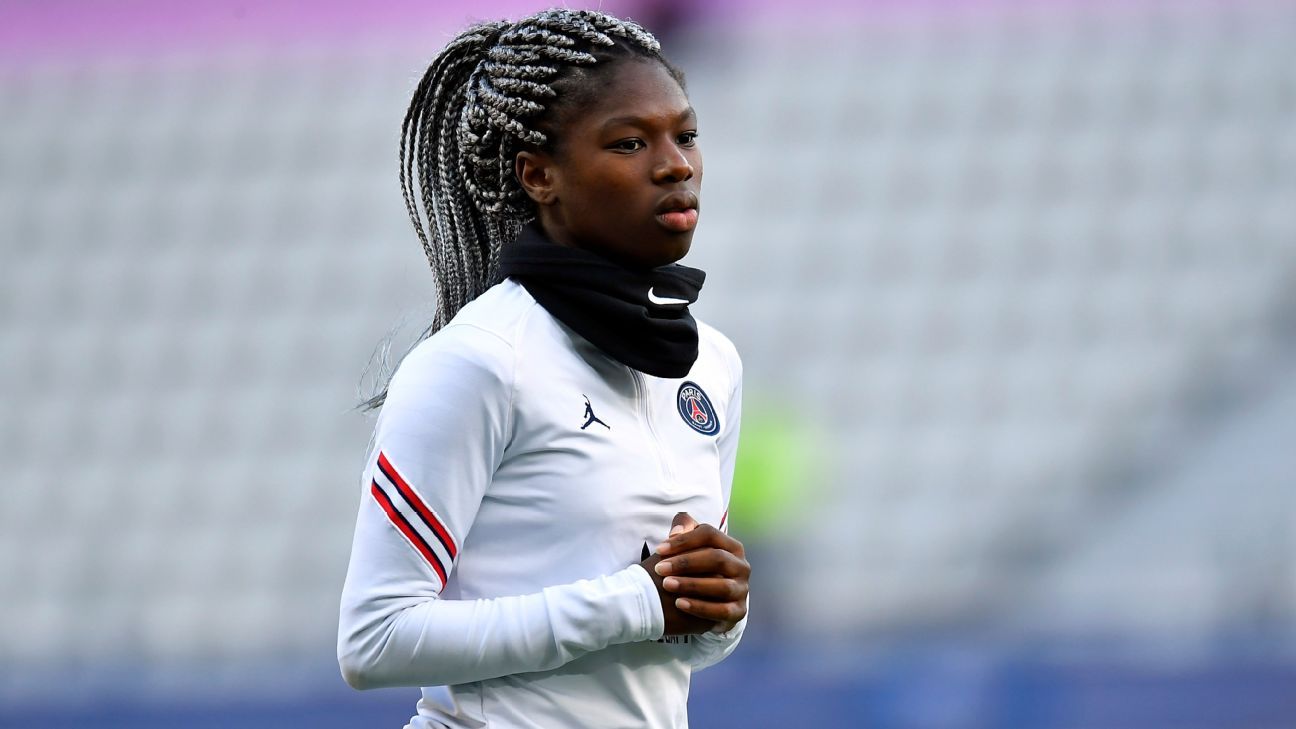 Paris Saint-Germain midfielder Aminata Diallo has been arrested in connection with an alleged attack on a fellow teammate, the club said on Wednesday.

PSG confirmed that Diallo was placed in police custody but did not publicly name the alleged victim.

A club statement read: “Paris Saint-Germain acknowledges that Aminata Diallo was remanded in police custody this morning by the Versailles SRPJ as part of the proceedings initiated following an assault last Thursday evening against the club’s players.

“Paris Saint-Germain condemns in the strongest possible terms the violence committed. Since the evening of Thursday, Nov. 4, the club has taken all the necessary measures to guarantee the health, well-being and safety of its players.

“PSG is working closely with the Versailles SRPJ to shed light on the facts. The club is paying close attention to the progress of the proceedings and will study what action to take.”

Diallo started PSG’s 4-0 Champions League victory over Real Madrid on Tuesday, helping the team to a third consecutive win in the competition.

She joined PSG in 2016 and had a loan spell with National Women’s Soccer League club Utah Royals for the 2020 season.