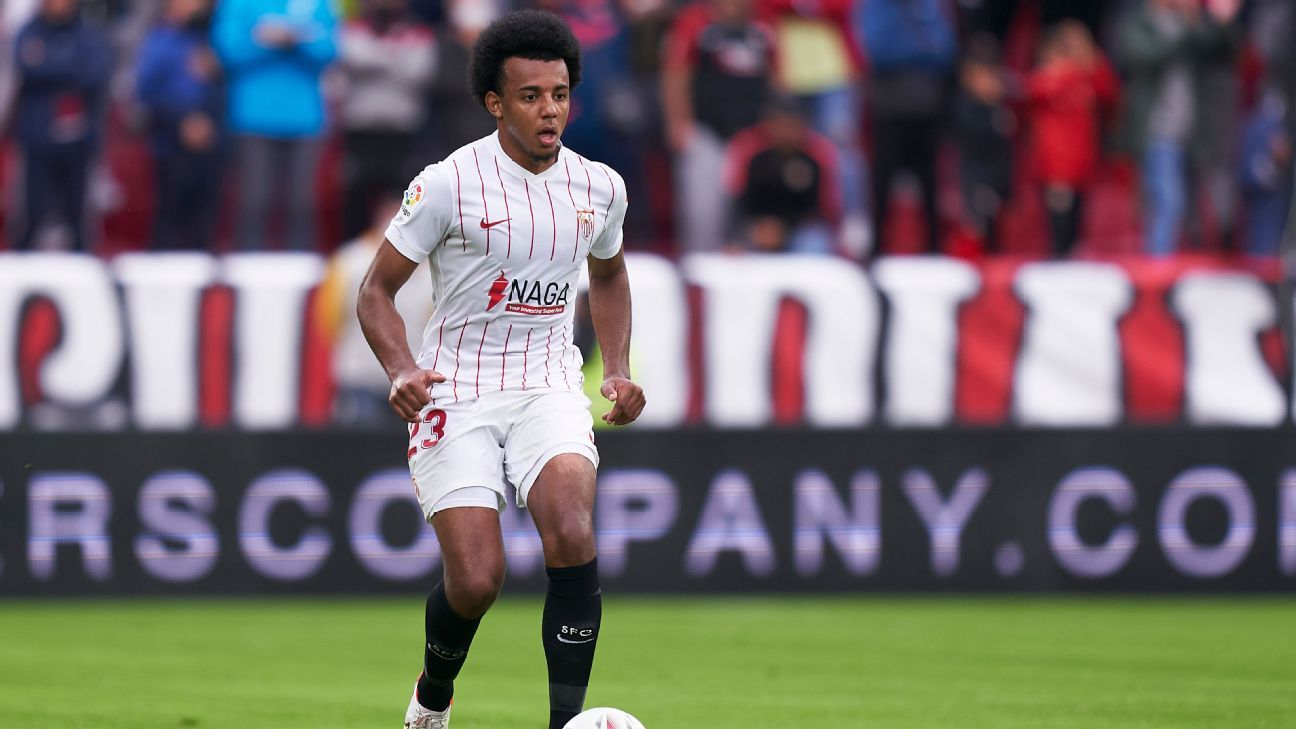 Manchester United are keen to sign Sevilla centre-back Jules Kounde despite the LaLiga club holding out for €80 million, as has been reported by ABC.

It is even suggested that the Red Devils could move to sign the France international during the January transfer window to address their defensive issues.

Clubs from across Europe are showing interest in the 22-year-old, but the Premier League seems his most likely destination due to the league’s financial strength.

This comes after Chelsea had an offer of €50m knocked back during the summer transfer window.

Recent losses to derby rivals Liverpool and Manchester City have made the Red Devils look into signing another centre-back despite bringing in Raphael Varane from Real Madrid in the summer.

However, Sevilla will also assess how they feel losing the Frenchman halfway through the season. The Andalusians are one point behind LaLiga leaders Real Sociedad with a game in hand in hand. They sit at the bottom of their Champions League group, but still have a chance to progress to knockout stage.

– Liverpool could be set to sign a winger during the January transfer window to make up for the loss of Mohamed Salah and Sadio Mane during the African Cup of Nations, as reported by Fabrizio Romano on the Here We Go Podcast. Arnaut Danjuma, who signed for Villarreal from Bournemouth during the summer, is said to be a particular player of interest for the Reds.

– Juventus could look into signing one of several candidates if they are unable to bring in AS Monaco midfielder and long-term target Aurelien Tchouameni. According to Calciomercato, among the names are Borussia Dortmund‘s Axel Witsel, Borussia Monchengladbach‘s Denis Zakaria and Bayern Munich‘s Corentin Tolisso. But their top option is Marseille‘s Boubacar Kamara, who also has a deal coming to an end in the summer.

– West Ham United are considering making a third attempt to sign Giovanni Simeone as they look to add a striker to their squad, according to The Daily Express. However, with the Argentine on loan at Hellas Verona from Cagliari, and the former set to trigger a clause that would make that move permanent, it could be difficult to sign him.

– Internazionale are still in control when it comes to signing Ajax Amsterdam goalkeeper Andre Onana despite interest from Barcelona among others, as reported by Fabrizio Romano. He states that Inter have had a verbal agreement with the Cameroonian for months and that a deal will be officially agreed when the rules allow.

– Napoli are hoping to sign defender Federico Gatti from Serie B side Frosinone, as has been reported by Calciomercato. The 23-year-old is valued at between €5m and €6m, but this doesn’t seem to be a problem, as there is also interest from Juventus, Atalanta and clubs abroad. In fact, a move could even be made during the January transfer window.

– Seattle Sounders star Raul Ruidiaz is drawing interest from Liga MX side Cruz Azul, according to Telemundo Sports’ Diego Montalvan. The report added that a return to Mexico’s top flight seems unlikely for the 31-year-old Peruvian striker at this time. Other reports out of Seattle indicate that the Sounders have already exercised their 2022 club option for Ruidiaz.

Mbappe: France image row was for teammates
Utd transfer plans ‘ahead of schedule’ – director
Southgate ready for flak after England relegation
De Jong: I never wanted to leave Barcelona
From ‘Waldo’ to ‘Bomb Pop’ to World Cup winners: The best kits worn by the United States