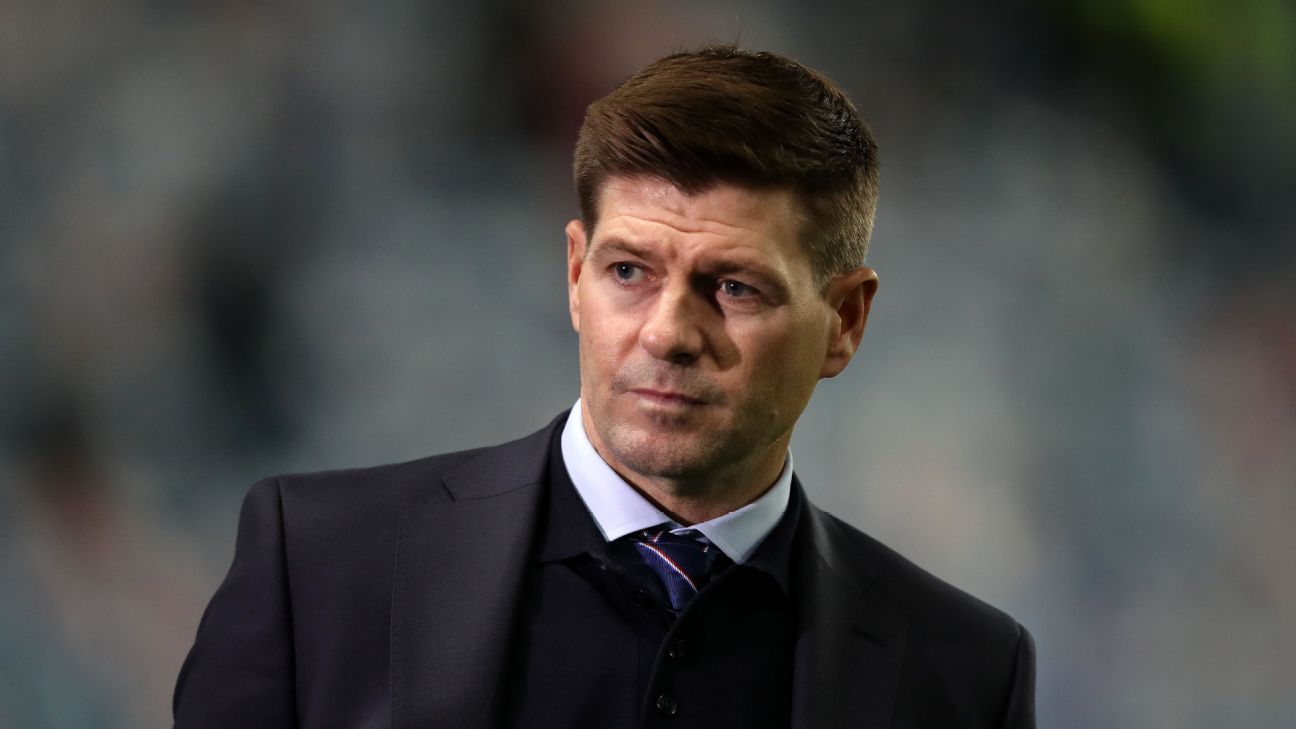 Aston Villa have appointed Steven Gerrard as the club’s new manager, the Premier League side have confirmed.

The former Liverpool and England midfielder takes over from Dean Smith, who was sacked on Nov. 7 following a run of five consecutive defeats in the league.

Gerrard departs Scottish champions Rangers after guiding the club to their first league title in 10 years last season, as well as the club’s first ever unbeaten league campaign.

He leaves Ibrox after a three-and-a-half year spell in charge, in what was his first senior managerial position since he retired from playing in 2016.

Gerrard, who made over 500 Premier League appearances across 17 seasons for Liverpool, will take charge of his first Villa match at home to Brighton on Nov. 20.

The 41-year-old will then make a return to Anfield to face Liverpool on Dec.11 for the first time during his managerial career.

Gerrard takes over a Villa side who sit 16th the Premier League table, two points above the relegation zone, and are without a win since September.

Smith, a Villa supporter who was popular among the home fans after steering the club to promotion from the Championship in 2019, was dismissed after an underwhelming start to the season in which the club struggled to adjust to the loss of Jack Grealish to Manchester City.

Although Villa received a British transfer record fee of £100 million for the England international, the club have yet to see returns on their significant investment in the summer. Villa signed Danny Ings, Leon Bailey and Emiliano Buendia and ranked fifth in spending amongst Premier League clubs during the transfer window.

Gerrard leaves Rangers 13 games into the defence of their Scottish Premiership title and midway through the club’s bid to reach the knockout stages of the Europa League for a second consecutive season.

His time in Glasgow will be remembered for ending Celtic‘s nine-year dominance in the Scottish top flight during the 2020-21 campaign, and ensuring that their rivals did not eclipse Rangers’ own record of nine successive league titles.

While Gerrard also achieved success in making Rangers competitive in Europe, his teams struggled in the domestic cups and Rangers failed to add to their Premiership title last season following defeats to St Mirren and St Johnstone.

As one of the greatest players in Liverpool’s history, Gerrard also has been tipped as a potential successor to Jurgen Klopp at Anfield.

His only other coaching experience came when he managed Liverpool’s Under-18 side prior to taking the Rangers job in 2018.

Gerrard, who also played for MLS side LA Galaxy at the end of his playing career, was linked with the Everton job this summer before Rafael Benitez was appointed.

Arsenal hammer Tottenham in record-breaking WSL derby
Are Gerrard and Lampard the only options for next England manager?
Maguire slams England critics: Just for ‘clicks’
City sweat on Stones fitness ahead of Utd clash
David Silva fined for hurting woman in brawl