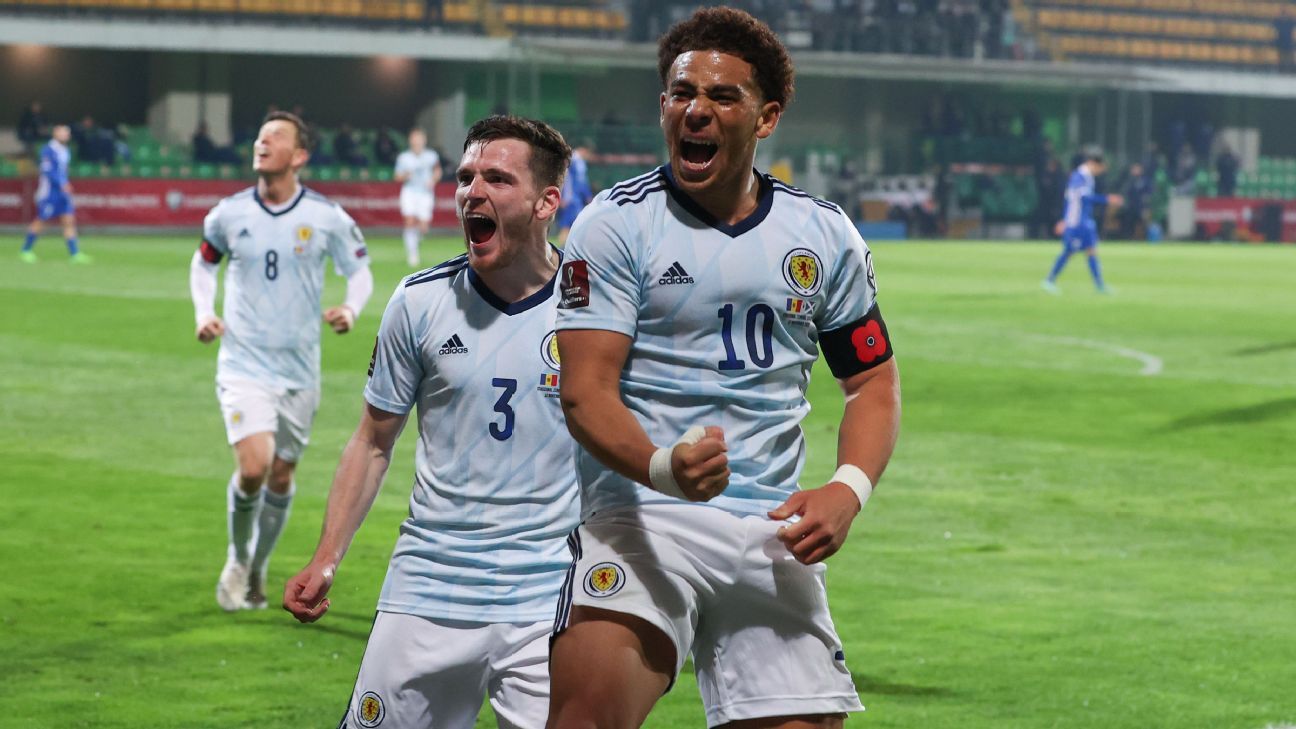 Scotland booked their place in the 2022 World Cup playoffs in March with a 2-0 away win over Moldova at the Zimbru Stadium on Friday.

A year to the day that Scotland qualified for Euro 2020 with a dramatic playoff penalty shootout win over Serbia, manager Steve Clarke’s side took one step closer to reaching next year’s Qatar World Cup, too. The country last appeared at the tournament in 1998.

Nathan Patterson, 20, broke the deadlock just before half-time with his first international goal, and then turned provider for striker Che Adams midway through the second period as Scotland eased to a victory that ensures second place in their qualification Group F.

With five consecutive wins, Scotland have 20 points from nine matches and cannot be caught. Nor can they overtake group winners Denmark, who travel to Glasgow for their final qualifier on Monday, which will now be a dead rubber for both teams.

Scotland goalkeeper Craig Gordon made a superb stop to deny Moldova captain Artur Ionita’s header and it was the visitors who took the lead with a superbly worked goal in the 38th minute.

Patterson collected the ball from John McGinn just inside the box and the full-back rifled his shot into the net with his left foot, much to the relief of the vocal travelling support.

He then turned provider for the visitors’ second on 65 minutes, again taking a neat pass from McGinn and his low cross to the back post allowed Adams to turn the ball into the net.

Not everything went the youngster’s way on the night though, his handball gave Moldova’s Vadim Rata the chance to pull a goal back from the penalty spot, but Gordon kept his clean sheet in tact with a save.