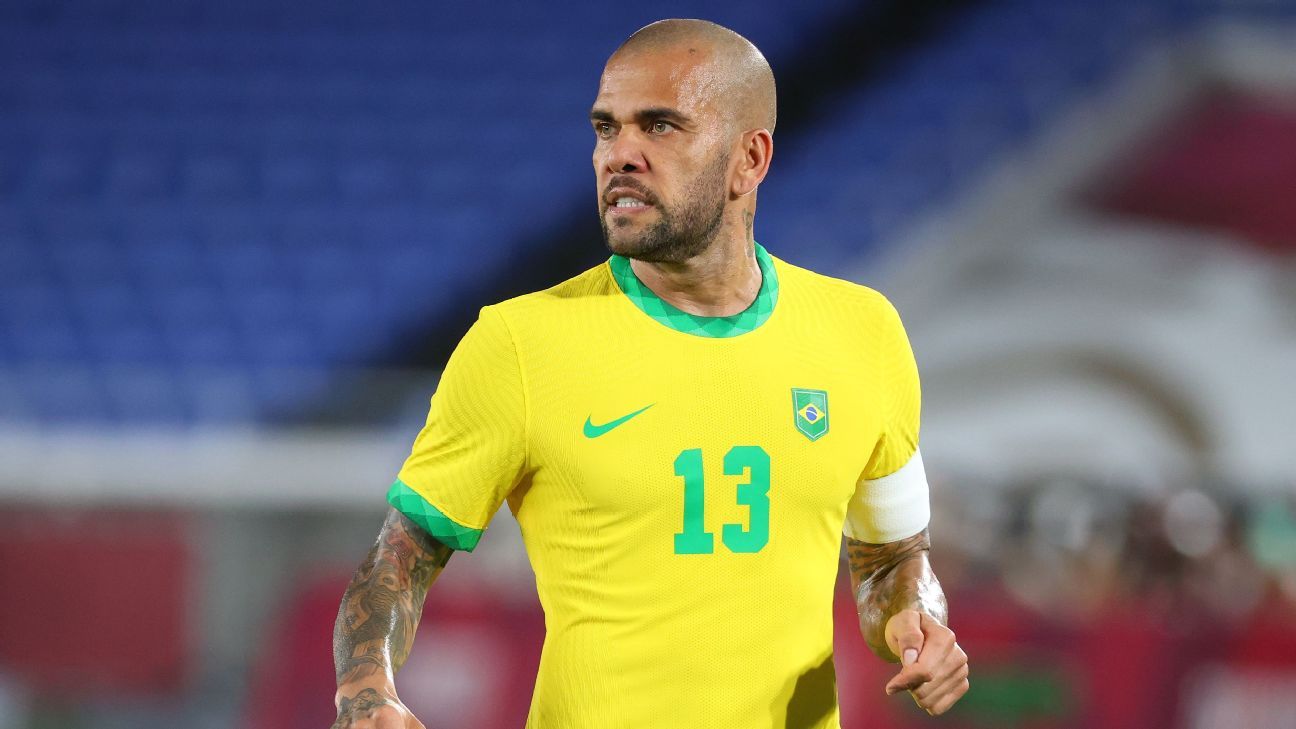 Barcelona are in advanced negotiations to bring Dani Alves back to the club following his departure from Sao Paulo, sources have told ESPN.

Alves, 38, has been a free agent since cutting his ties to the Brazilian club in September.

He was present at Camp Nou last month for Barca’s 1-0 Champions League win over Dynamo Kiev and president Joan Laporta said earlier this week he “has offered to help the club from a sporting perspective.”

Barca had initially been reluctant to bring back Alves, who left the club in 2016. When he first offered his services in October, there were doubts due to the club’s financial limitations and the fact they are well covered at right-back.

On Thursday, sources told ESPN that Alves’ return remained unlikely. However, the appointment of Xavi Hernandez as Ronald Koeman’s replacement has seen a change of opinion at the club over the last few days.

Sources explain that Xavi values Alves’ experience and leadership and believes he would be a positive influence on the dressing room.

Alves would provide competition for the young right-backs at the club, Sergino Dest and Oscar Mingueza, but would also be able to help them develop. He could also play further forward, with Xavi keen to play with two wingers.

Alves joined Barca from Sevilla in 2008 and won 23 trophies with the club before leaving for Juventus in 2016.

He later had a spell with Paris Saint-Germain before returning to Brazil in 2019, spending two years with Sao Paulo.

With the World Cup around the corner in Qatar next year, Alves, who won an Olympic gold medal with his country this past summer, is keen to find top-level football in a bid to make Tite’s squad for the tournament.