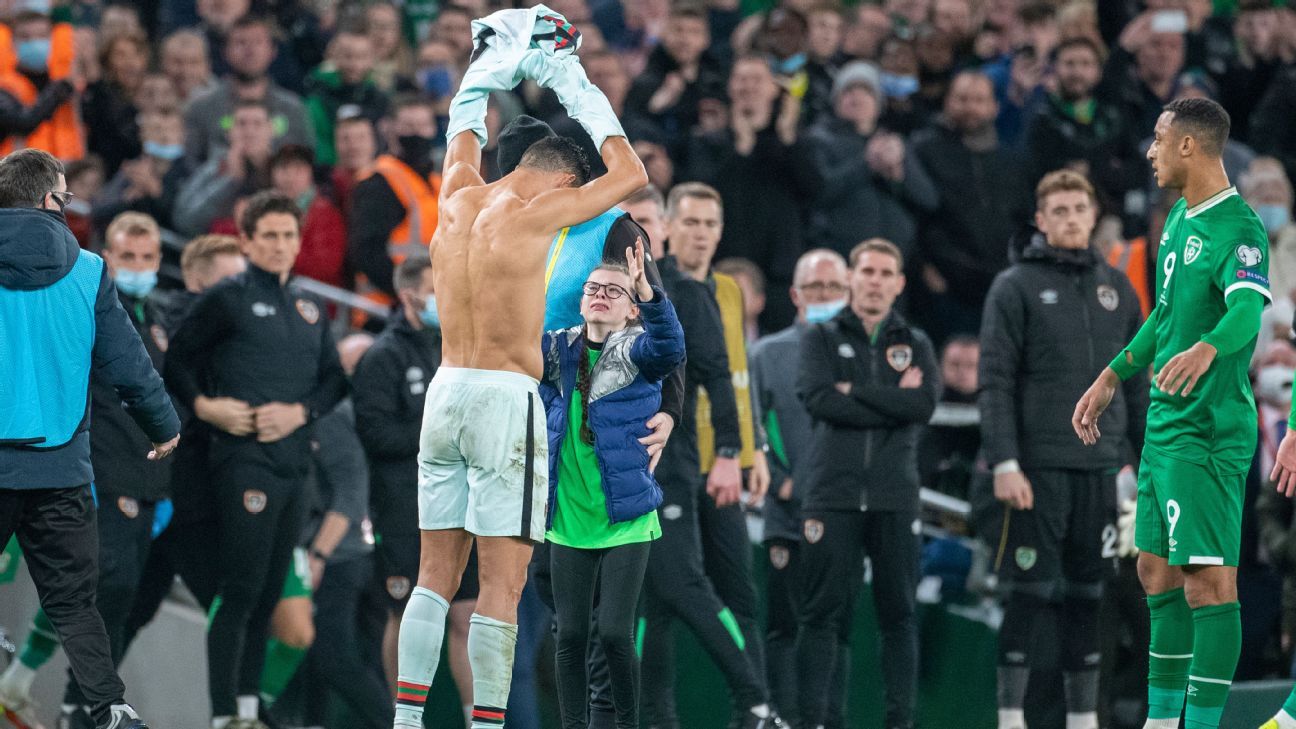 A young girl who was fined for invading the pitch to grab Cristiano Ronaldo‘s shirt after Portugal‘s draw with Republic of Ireland said her dad will pay the €3,000 penalty.

Addison Whelan, 11, evaded security at Dublin’s Aviva Stadium in the aftermath of the 0-0 draw in World Cup qualifying on Thursday before making a beeline for Manchester United forward Ronaldo. The Portugal captain then told the stewards to stand down and gave the youngster his shirt.

– UEFA World Cup qualifiers on ESPN+: Stream LIVE games and replays (U.S. only)
– Europe: What every country needs to qualify for the World Cup
– Notebook: The inside stories from around the world

She told Irish radio station FM104: “I was fined for running onto the pitch. My dad is going to pay it.”

“Then I sprinted on to the pitch, but there were security guards running behind me and there was another two coming from the other corner so I just kept sprinting.

“When I saw the other two coming from the other corner I ran more towards the halfway line so then I could swerve around them, but then they caught me.

“Then I was just screaming Ronaldo’s name. He turned around and he saw me and he was telling them to leave me.

“So then I was calling him over. He came over to me. I was just in shock and crying and I was like ‘Can I have your jersey? Please, please. I’m a big, huge fan’. He was saying ‘Are you okay?'”

Playing in front of a full house at the Aviva Stadium for the first time since the COVID-19 pandemic began, Ireland resolutely held on for a goalless draw against Ronaldo & Co. Portugal only need to avoid defeat at home to Serbia on Sunday in the final group game to qualify for the World Cup.

Serbia must win in Lisbon or they will be consigned to the playoffs.

USWNT’s Horan: Not ‘proud’ of time with Thorns
No Real Madrid clause in Haaland contract – Pep
Premier League worry index: Can Liverpool, Man United get back on track?
Antony happy to learn from Ronaldo at Man Utd
Messi sets UCL record but PSG held by Benfica