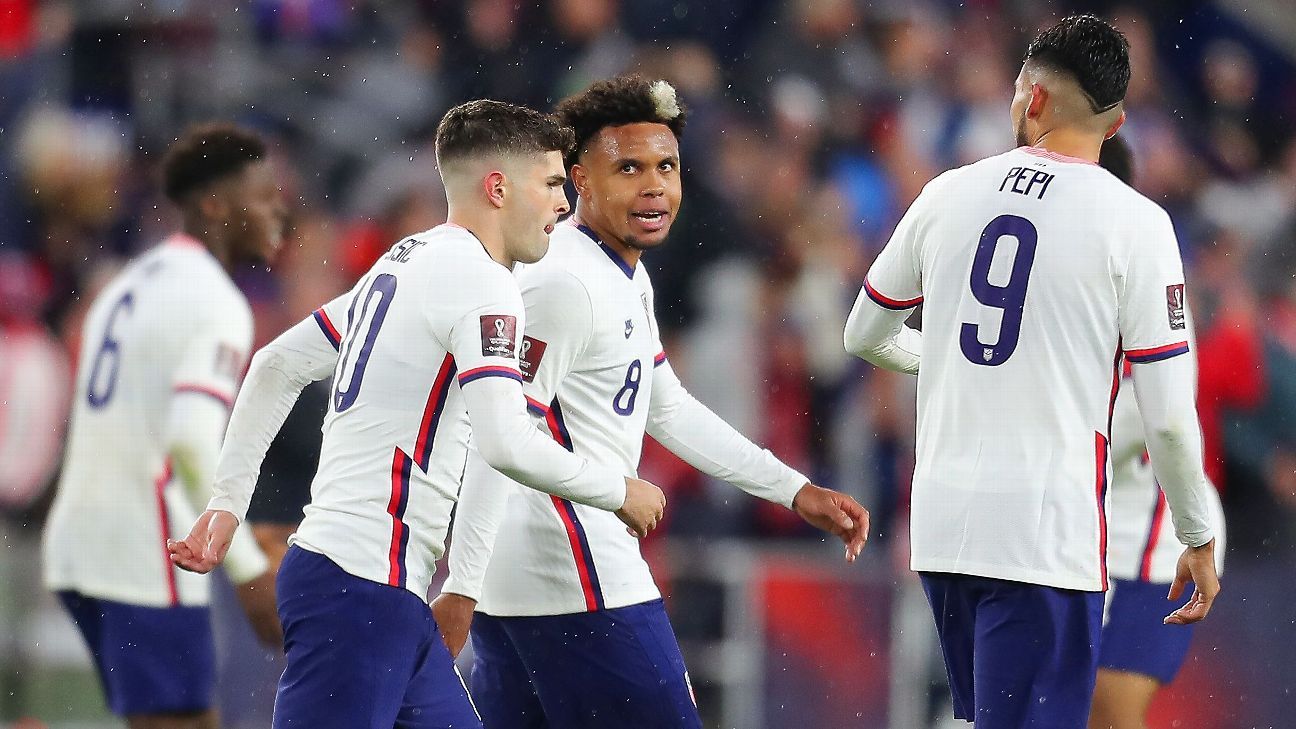 Christian Pulisic took a dig at Mexico goalkeeper Guillermo Ochoa by revealing a shirt that read “man in the mirror” after his goal in Friday’s 2-0 win in a World Cup qualifying match — a reference to Ochoa’s statements that the USMNT wants to “mirror” its soccer image after El Tri.

Pulisic put the U.S. in front minutes after coming off the bench in the 74th minute with a glancing header. Weston McKennie struck from close range shortly before full-time to give the Americans a third straight win over CONCACAF rivals Mexico.

Earlier this week, Ochoa told TUDN that “Mexico is the mirror in which the [U.S.] wants to see itself and wants to copy,” which prompted U.S. coach Gregg Berhalter to respond by saying “it shows that we have a long way to go to get the respect of Mexico.”

It was Chelsea star Pulisic who had the final say on the matter, with the team’s social media account even referencing the song by the same name by Michael Jackson.

if you wanna make the world a better place,
take a look at yourself then make the change… pic.twitter.com/ST7fa1e3hr

After the win at Cincinnati’s TQL Stadium, Pulisic said: “I was really happy to come in and help my team win this game, break the deadlock, to get the first goal was huge, we were so happy with that performance today.”

Speaking to reporters after the game about the shirt, Pulisic tried to downplay it.

“I think you guys know the message, I don’t want to speak on it too much, it’s not a big thing, not trying to cause controversy,” he said.

He then quipped that “I actually wrote it in the mirror” before saying it was written by someone else for him.”

The victory marks the third straight win for the USMNT over Mexico after two summer victories in the Nations League and Gold Cup finals.

With the win, the United States and Mexico now both have 14 points to sit atop the CONCACAF standings to get the 2022 World Cup in Qatar, with the U.S. holding a two point advantage in goal differential.

Ochoa said after the game: “A complicated game, very intense, I think we had our chances in the first half, we didn’t finish them and we ended up paying for it.”

Mexico manager Gerardo “Tata” Martino said it was a tough defeat but his squad have still much to play for in its road to get to Qatar.

“We are playing a World Cup qualifying, this isn’t a personal head-to-head against the United States,” he said. “I understand the importance of this game and the rivalry and having three consecutive defeats against an opponent that all Mexicans always want to beat. We have to focus on finding a way to regain our form in the qualifying.”

Hazard addresses ‘delicate situation’ at Madrid
PSG president hits out at Barcelona asset sales
Berhalter: USMNT has ‘work to do’ before WC
Utd transfer plans ‘ahead of schedule’ – director
Pulisic eager to ‘prove’ himself to Chelsea’s Potter