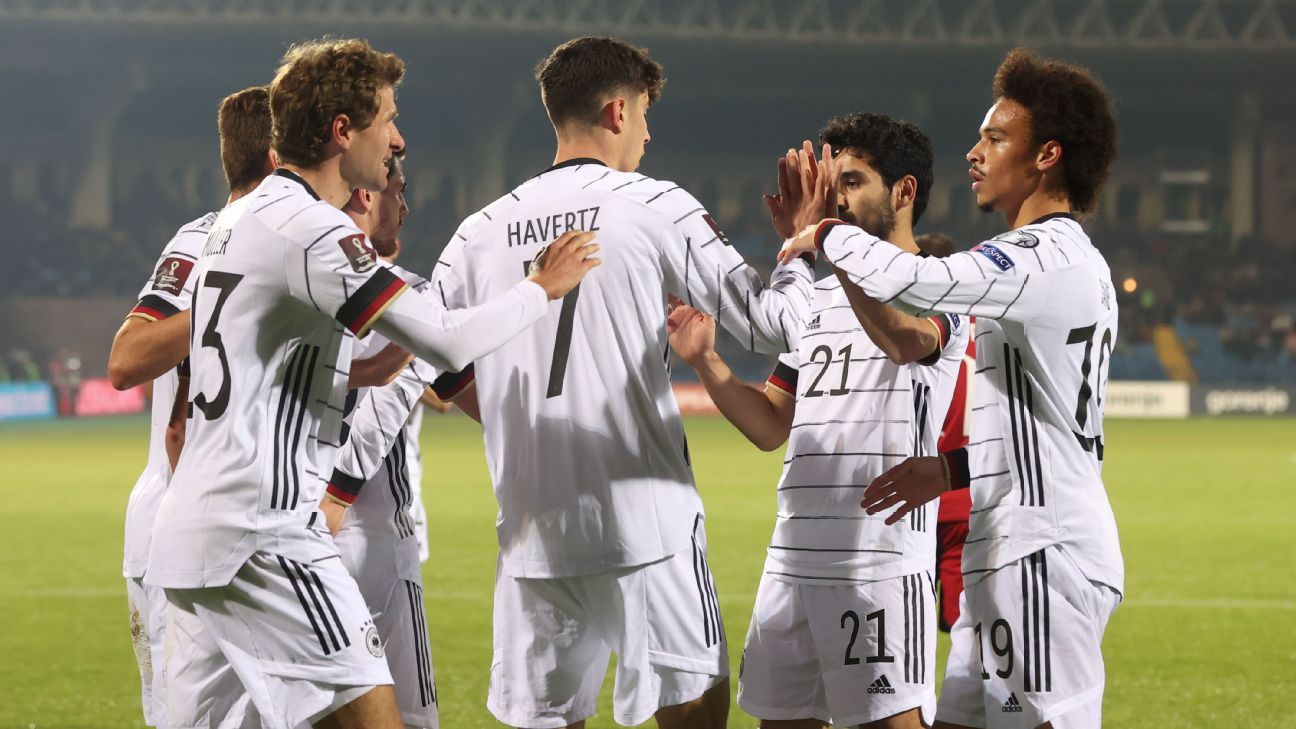 Already-qualified Germany, missing a dozen players through injury, suspension and COVID-19 quarantine and having made six changes to the team that beat Liechtenstein 9-0 on Thursday, earned their ninth win in 10 qualifiers to finish in top spot on 27 points. North Macedonia are in second place on 18.

The visitors got off to a strong start and Kai Havertz hit the post in the fifth minute. He did it better 10 minutes later turning in a Thomas Mueller cutback with a deft touch.

The Germans had several good chances to score again but had to wait until first half stoppage time when Gundogan scored with a penalty.

The hosts briefly pulled a goal back with Henrikh Mkhitaryan‘s 59th minute penalty but Germany restored their three-goal advantage five minutes later when Jonas Hofmann pounced on a defensive to charge into the box and slot in.