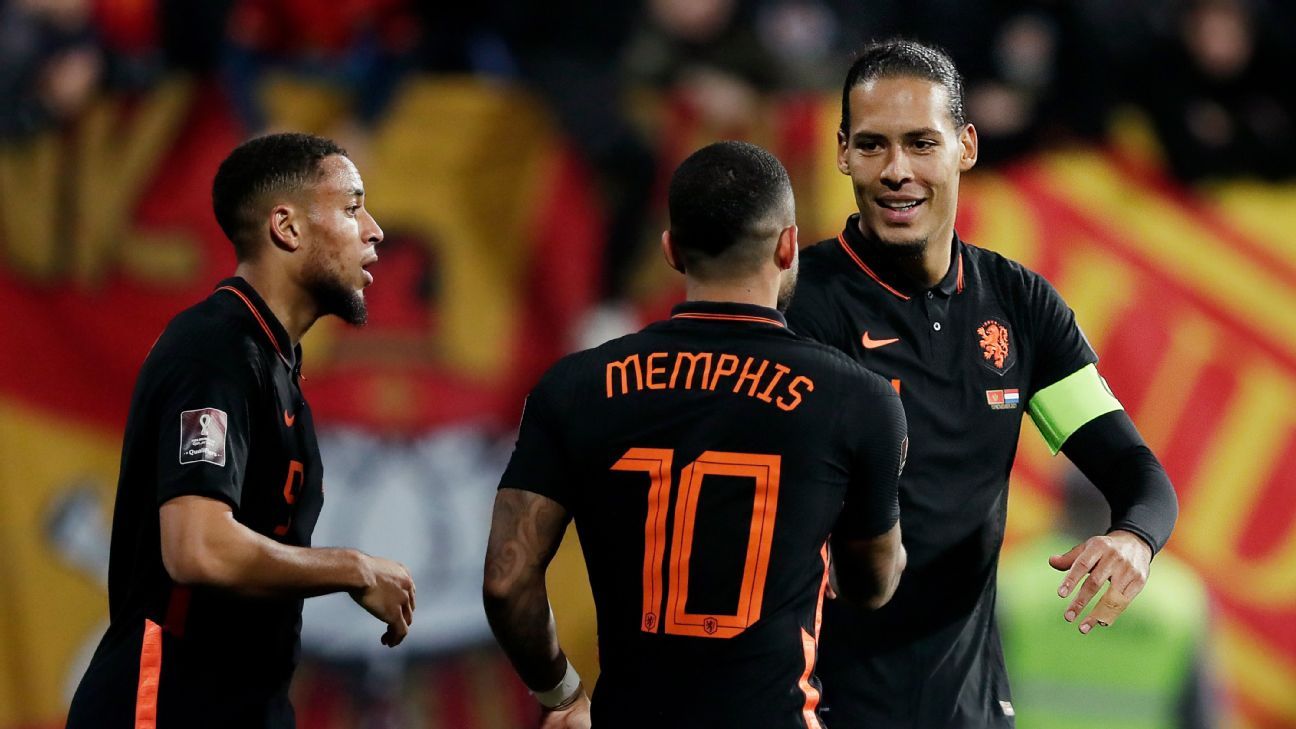 Two late goals from Montenegro denied the Netherlands the chance to book a berth at next year’s World Cup finals with a match to spare after a 2-2 draw on Saturday left the outcome of Group G in the balance.

The Dutch were eight minutes away from moving into an unassailable lead in the group but goals from Ilija Vukotic in the 82nd minute and Nikola Vujnovic four minutes later meant the Netherlands must now wait for Tuesday’s last home game against Norway in Rotterdam to book their place in Qatar.

They had been coasting at 2-0 after a double from Memphis Depay as they looked to banish the bitter memories of missing out on the last World Cup in Russia.

Yet their hopes of celebrating with a game to spare, after closest challengers Norway drew earlier on Saturday, were spoilt by an exciting home comeback.

Manager Louis Van Gaal’s side remain two points ahead of the other teams in the group after Norway were held to a goalless draw at home by Latvia, while Turkey beat Gibraltar 6-0. The Netherlands are on 20 points with Norway and Turkey on 18.

The Dutch benefited from a generous refereeing decision to hand them a first half penalty when Davy Klaassen tumbled to the ground under a challenge from Marko Jankovic on the edge of the penalty box. The referee’s decision, however, was confirmed by VAR but still looked harsh on the home team.

Depay tucked away the 25th minute spotkick for his 36th goal in 75 appearances for his country.

His second, in the 54th minute, was a much more impressive strike, flicking the ball in with his back heel from a Denzel Dumfries cross, taking Depay’s tally in these World Cup qualifiers to 11.

But Montenegro made matters uncomfortable for the Dutch when they pulled a goal back with eight minutes remaining. A swift counter attack saw Milutin Osmajic set up Ilija Vukotic, who rounded Dutch goalkeeper Justin Bijlow to score.

Then Vujnovic headed home the equaliser as a nervy Dutch defence were breached again. There might have been a dramatic winner as the hosts pushed forward in search of an unlikely victory, but it was not to be.