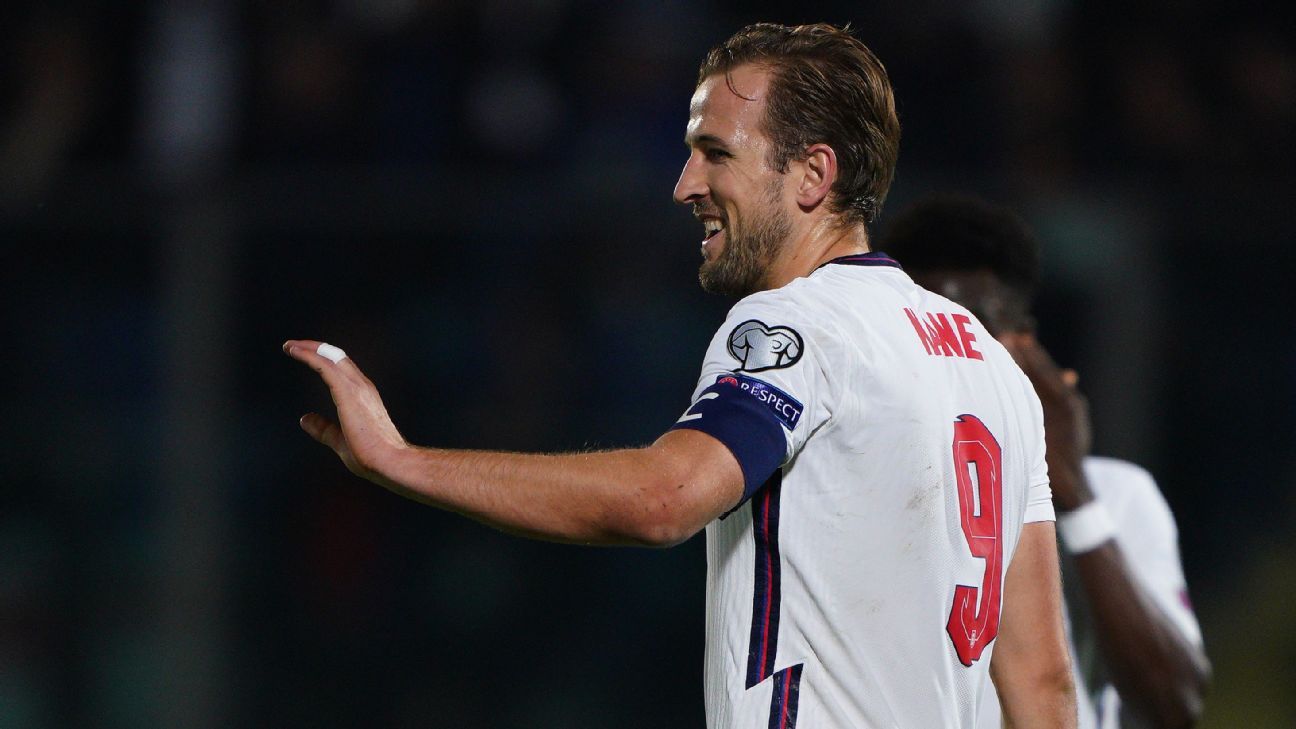 England clinched their spot at the 2022 World Cup in Qatar with a 10-0 away win over San Marino to top Group I on Monday night as Harry Kane scored a second hat trick in as many matches and ended the match with four goals.

The game was largely a formality for Gareth Southgate’s side table-topping Three Lions, as first-half goals from Harry Maguire, Kane’s four tallies and a San Marino own goal had England up 6-0 at the break.

Maguire struck early in the first half with a towering header, before Filippo Fabbri redirected a Bukayo Saka shot into his own net and Kane converted from the spot following a VAR-assisted call for handball against the hosts.

Emile Smith Rowe set up Kane for his second of the opening half and he added another from the penalty spot, then his fourth of the opening 45 minutes with a clinical finish from close range.

Smith Rowe opened his senior England account with a crisp strike to start the second half and Kane was withdrawn around the hour mark.

Substitutes Tammy Abraham and Tyrone Mings scored goals as the second half wore on and Saka added another as England continued to make short work of Group I minnows San Marino.

The result clinched England’s spot atop their qualifying group ahead of Poland, who were forced into the playoff round after a loss to Hungary.

England had players-only moment after Italy loss
De Bruyne stars as Belgium beat Wales in NL
What are Ronaldo’s options? Man United forward has big call to make on his future
Chelsea beat Man City to bounce back in WSL
Spanish FA fury as players push for coach’s exit