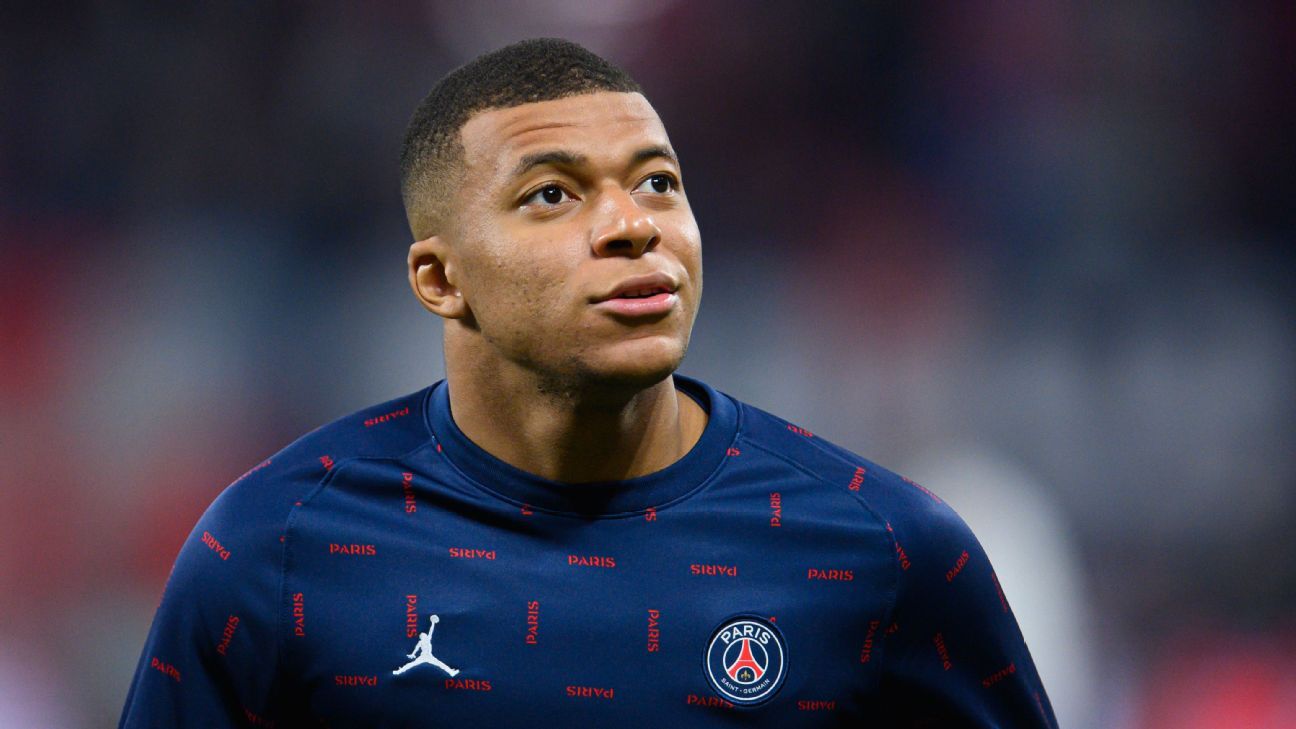 The winter transfer window opens in just under two months and some of the biggest stars in football will enter the final six months of their contracts, enabling them to agree to terms with clubs outside their own leagues starting on Jan. 1.

Players like Kylian Mbappe, Paul Pogba, Antonio Rudiger and Paulo Dybala are all on course to become free agents next summer, with the likes of Jesse Lingard, Angel Di Maria, Luis Suarez and Alexandre Lacazette also able to negotiate as a free agent in the months ahead.

There is no such thing as a “free transfer” in football nowadays, with out-of-contract players able to command huge wages and signing-on fees, with clubs also facing potentially big payments to the players’ representatives for getting a deal done.

But for those clubs prepared to scour the market for free agents and spend nothing on transfer fees, there are a number of top players available in every position who could be signed on a free next summer. ESPN has picked the best free XI of those stars whose contracts expire in June 2022 in a 4-1-2-3 formation.

World Cup-winning France captain Lloris has yet to negotiate a new deal at Spurs after nine years at the club, but his future could become clearer following Antonio Conte’s arrival as coach earlier this month. Lloris will be 35 in December and sources have told ESPN that the former Lyon keeper is interested in a free agent move to MLS at the end of his contract. With his experience and reputation, however, he will not be short of offers.

Ajax No. 1 Andre Onana, whose nine-month doping violation ban ended on Nov. 4, is another keeper on course to be a free agent next summer and could sign for Inter Milan, with Villarreal‘s Sergio Asenjo also nearing the end of his existing contract.

Arsenal and Leeds United are both monitoring Mazraoui’s situation at Ajax, with the Morocco right-back able to negotiate a move to a non-Dutch club in January.

The 23-year-old, who has been with Ajax since the age of eight, has made an impressive start to this season, scoring four goals and registering three assists from his defensive position for Erik ten Hag’s team. Chelsea‘s Cesar Azpilicueta offers a more experienced free agent option at right-back, while Serge Aurier‘s one-year deal at Villarreal runs out next June.

The Germany international is the subject of interest from Bayern Munich and Real Madrid. Having fallen out of favour under former manager Frank Lampard, the 28-year-old has re-established himself at Chelsea under Thomas Tuchel and was a key figure in the club’s Champions League win last season. But he’s yet to commit to a new deal and big clubs are already lining up to try to negotiate a free transfer move.

Bayern’s interest in Rudiger is partly influenced by uncertainty of the future of Germany international Sule, who has rejected the club’s attempts to extend his contract beyond next summer. At 26, Sule would be regarded as offering high value as a free agent due to his ability to play at the top level throughout a potential four or five-year contract.

At 33, Marcelo could leave Real Madrid after 15 years at the Santiago Bernabeu when his contract expires next June. The Brazil international’s age will deter some clubs, and his wages are unlikely to be cheap, but he undoubtedly still possesses the pedigree of being one of the world’s top left-backs.

Sources have told ESPN that Manchester United have made signing a defensive midfielder a priority next summer, and the good news for the Old Trafford scouts is that there is plenty of potential value in the market.

Inter midfielder Brozovic arguably tops the list of free agents, with the Croatia international already being linked with a move to Spurs to work with former boss Conte. Marseille‘s Boubacar Kamara, Monchengladbach’s Denis Zakaria and Borussia Dortmund‘s Axel Witsel are also likely to be free agents next summer.

Sources told ESPN last month that United have accepted that Pogba will run down his contract and become a free agent next summer. United also have no intention of letting the 28-year-old leave in January.

A thigh injury sustained while on international duty with France this week could force Pogba to miss up to two months, so by the time he’s fit to return, he could be able to negotiate a free summer switch to a non-English team.

Real Madrid, Juventus and PSG all have a long-term interest, but if he becomes a free agent next summer, an English team could yet make a move to keep Pogba in the Premier League.

Paris Saint-Germain and Manchester United have both been heavily linked with AC Milan midfielder Kessie who, approaching his 25th birthday next month, is likely to offer excellent long-term value as a free agent next summer.

The Ivory Coast international has rejected Milan’s attempts to secure him to a new contract at San Siro, and it could be a case of a club offering a fee for Kessie in January in order to tempt the Milan hierarchy prior to the summer window. But if he holds firm and runs down his contract, Kessie will be one of the most in-demand free agents after the season ends.

Although it’s been reported throughout the season that Dybala is close to agreeing a new contract at Juventus, the Argentina international has still not put pen to paper. As it stands, the 27-year-old will be able to agree a free summer move to a non-Italian club from January onwards, and it’s a risk that Juve have so far been unable to counter.

Dybala came close to joining Tottenham in 2020, and there will be Premier League interest alongside potential options in France and Spain for the forward given his scoring prowess.

PSG forward Mbappe attempted to force a move to Real Madrid during the final days of the summer transfer window, but a deal could not be done and he’s now expected to run down his contract in Paris. Although a move to Real seems the most likely outcome for the France international, PSG are determined to negotiate a new deal with the 22-year-old.

Dembele, 24, has endured an injury-hit career at Barcelona since making a €105m move from Borussia Dortmund in 2017, making just 119 appearances in all competitions in over four years at Camp Nou. In spite of his fitness issues, Dembele is young enough to retain the interest of leading clubs across Europe and he could be an interesting gamble for a top team next summer.