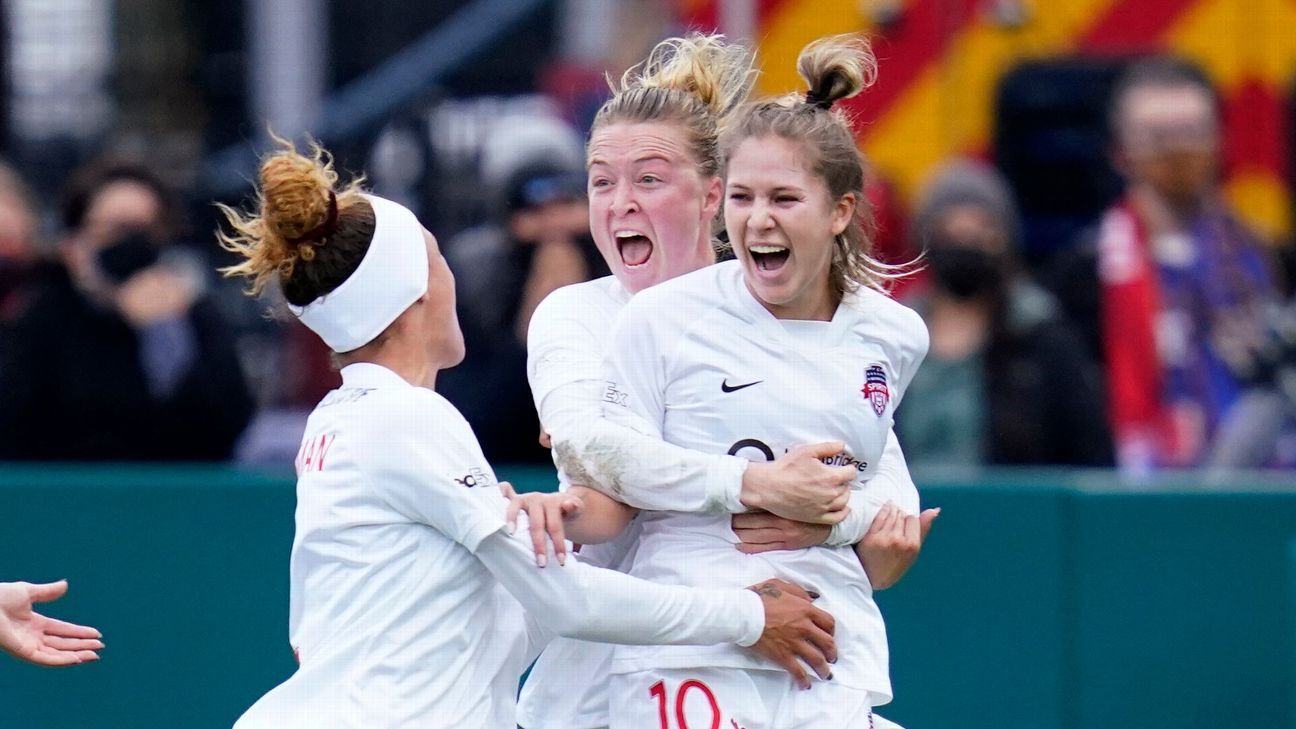 The Washington Spirit will play the Chicago Red Stars for the National Women’s Soccer League title after each team won their respective semifinal on Sunday.

Ashley Sanchez scored the game winner in the 68th minute as the Spirit earned a 2-1 victory over OL Reign.

Eugenie Le Sommer gave the Reign the early lead with a goal in the third minute. The Spirit pulled even on Trinity’s Rodman‘s goal in the 12th.

It was the seventh goal of the season for Rodman, a Rookie of the Year finalist and the daughter of former NBA star Dennis Rodman. At 19, she is the youngest player to score in the playoffs.

Sanchez gave the Spirit the lead with a goal from a seemingly impossible angle off a corner kick.

The result for the Spirit comes amid a turbulent season. The team’s coach, Richie Burke, was dismissed in September for violating the league’s anti-harassment policy.

The Spirit also had to forfeit two regular-season games because of COVID-19 protocols. The Spirit were 2-1-0 over the Reign in the regular season.

In Sunday’s other match, Katie Johnson and Sarah Woldmoe each scored as Chicago defeated the Portland Thorns 2-0.

The Thorns won the NWSL Shield this season for best regular-season record. They have won the NWSL championship twice, in the league’s inaugural season in 2013 and again in 2017.

The Red Stars were without Mallory Pugh because of coronavirus protocol.

Chicago was hurt in the 23rd minute when attacker Kealia Watt injured her right knee and had to leave the game.

Watt’s replacement, Johnson, scored in the 37th minute to give the Red Stars the lead. Thorns goalkeeper Bella Bixby leaped but couldn’t deflect the shot from distance to the near post.

The Red Stars doubled the lead in the 59th minute on Woldmoe’s goal. Chicago goalkeeper Cassie Miller made six saves.

Bixby collapsed to the field after the loss in tears, and was helped off by her teammates. The game was the last for Thorns coach Mark Parsons, who is leaving to coach the Netherlands women’s national team full time.

The title game will be played next Saturday in Louisville, Kentucky.