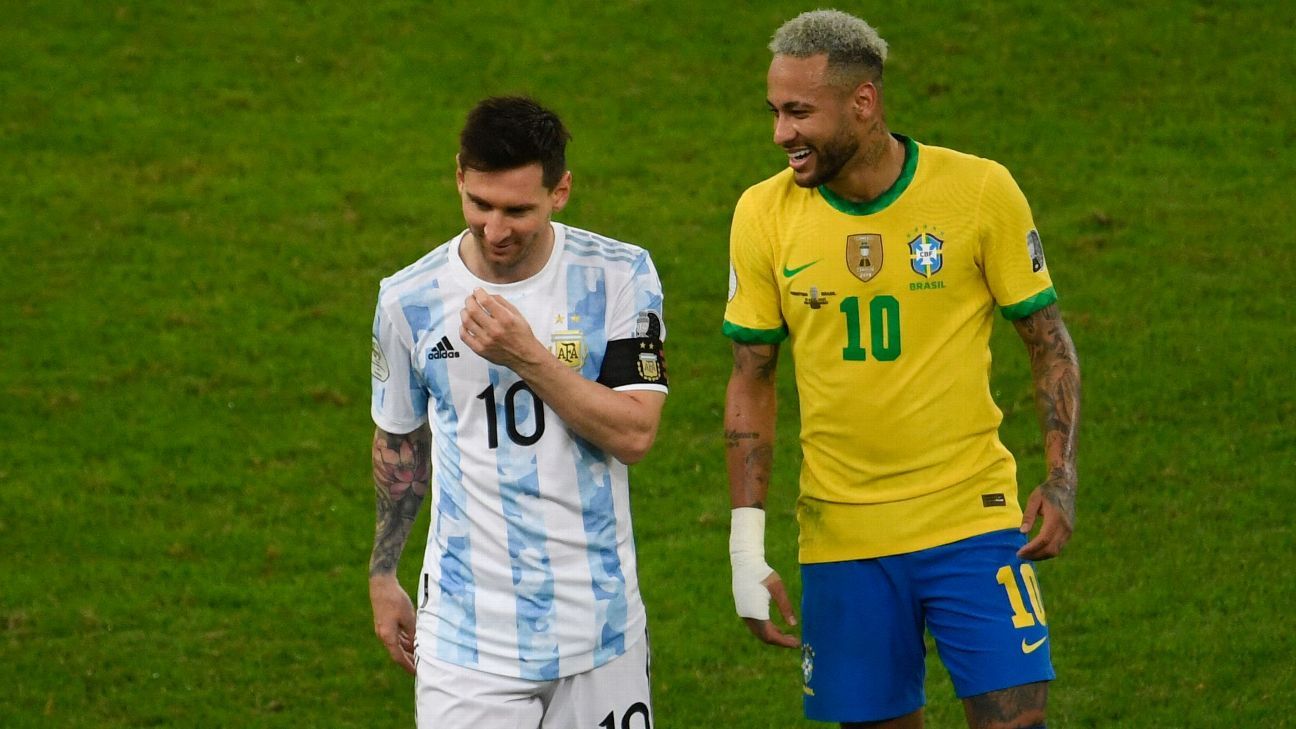 Argentina captain Lionel Messi is fit again and will start their World Cup qualifier at home to Brazil on Tuesday but Neymar will miss out for the visitors after feeling pain in his thigh, the teams announced.

Argentina coach Lionel Scaloni made similar comments ahead of their last game, a 1-0 win over Uruguay on Friday, although Messi only appeared for the final 14 minutes of the match.

Argentina are second in South America’s 10-team qualifying group, six points behind Brazil, who are the only team from the region to have secured their place at Qatar 2022 so far.

Scaloni repeated that Messi, 34, had recovered fully from the knee and hamstring worries that kept him out of Paris Saint-Germain‘s last two games and was ready for one of the biggest matches in the South American calendar.

“He was physically fit the other day and in the end we decided that the best thing was for him to play a few minutes so that he could get a feel for it and he is confirmed to play tomorrow,” Scaloni said of Tuesday’s match in San Juan.

“It’s going to be a very difficult game. They are the team that leads the qualifiers and they are already through to the finals.”

Brazil will be without Neymar after their top scorer reported feeling pains in the adductor region of his left thigh.

“Neymar Jr said he felt insecure about the situation and as there is not enough time to carry out complementary exams the technical commission decided to rest the player who will not travel with the team to San Juan, location of Tuesday’s game against Argentina,” the Brazil team said in a statement.

The top four teams in South American qualifying progress automatically to next year’s World Cup finals and the fifth-placed side goes into an inter-regional playoff.

Argentina are unbeaten in 26 games, a run that includes a 1-0 win over Brazil in the Copa America final in Rio de Janeiro in July.